Self-Described ‘King of Las Vegas’ Stormed the Capitol, Then Went Home. Days Before His Arrest, He Called Trump His ‘Idol.’ 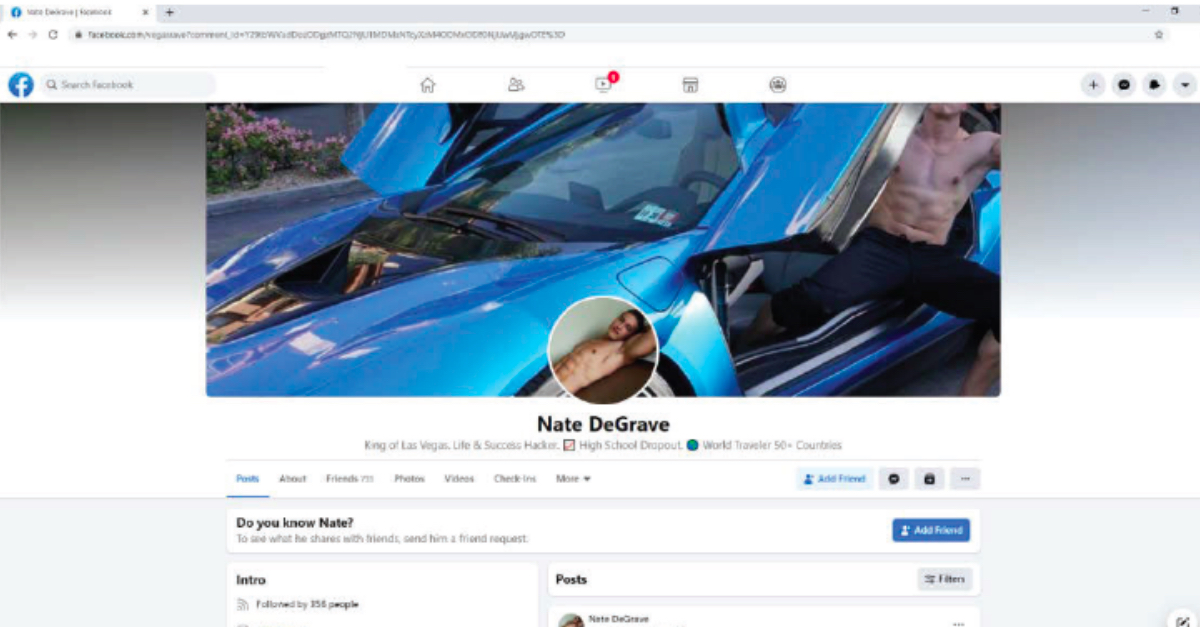 Federal authorities in Nevada on Thursday arrested a Las Vegas man for participating in the Jan. 6 insurrection at the U.S. Capitol where he is alleged to have gotten into a physical altercation with U.S. Capitol Police (USCP) officers.

According to a newly unsealed criminal complaint in D.C. federal court, Nathan DeGrave (a.k.a. Nathaniel and Nate), 31, faces charges of knowingly entering a restricted building without authority, violent entry and disorderly conduct, and obstruction of law enforcement during civil disorder.

Agents with the Federal Bureau of Investigation (FBI) alleged that security camera footage from inside the Capitol Building shows DeGrave and a man identified as Ronald Sandlin, who was also arrested on Thursday, shoving and wrestling with USCP officers who were trying to halt their progress through the building.

“SANDLIN is observed cutting in front of USCP1 and attempting to wrestle the door away from USCP2. This wrestling to keep the door open causes [DeGrave], SANDLIN, and several other unidentified subjects to become engaged in a shoving match with the USCP officers,” the charging document stated. “As the three USCPs make their way away from the crowd down the hallway and out of view of the security camera, [DeGrave], SANDLIN, and several others are observed on the video footage acting in an aggressive manner towards the USCPs. [DeGrave] can be seen putting up his fists as if to begin boxing one of retreating USCP officers. As the USCP officer steps away, [DeGrave] is observed banging his chest.” 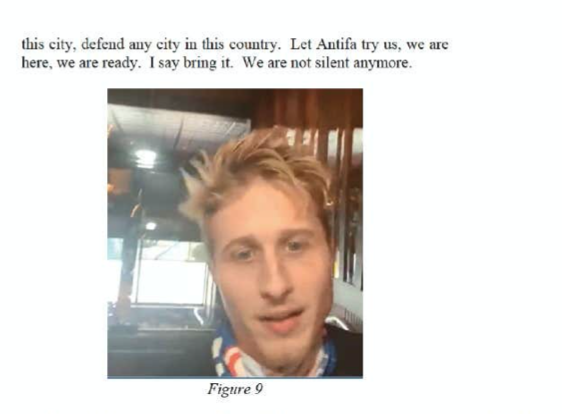 Agents also received a video from an anonymous tipster which they believed showed DeGrave, Sandlin, and another man inside a restaurant just before the riots erupted. After Sandlin says, “I think it’s time to take the Capitol and I don’t say that lightly,” he turns the camera to the man believed to be DeGrave.

“We are out here protecting the country, if shit goes down, if [Vice President Mike] Pence does what we think he is going to do,” DeGrave allegedly says. “Then we are here to defend this city, defend any city in this country. Let Antifa try us, we are here, we are ready. I say bring it. We are not silent anymore.”

Investigators tracked DeGrave’s social media accounts, which revealed that he was idolizes former President Donald Trump and believes the false theory that the 2020 election was rigged by Democrats.

“It’s time the American people rise and stand up for this country. We’re tired of the corruption,” DeGrave wrote in response to a Dec. 31 Sandlin post about organizing a “caravan of patriots” to travel to D.C. for the rally. 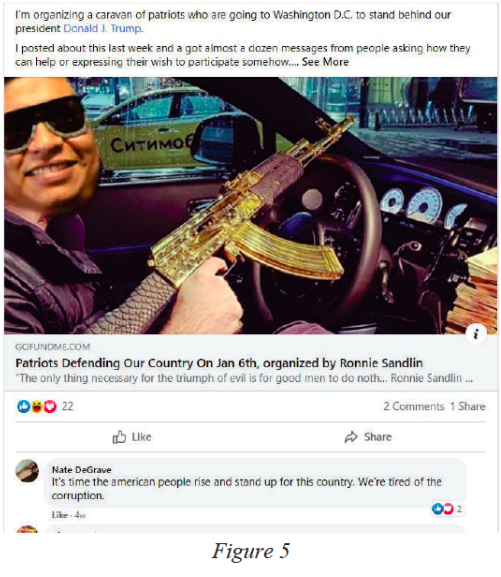 After the riots, DeGrave went back to Nevada.

In a Facebook post on Jan 21., DeGrave wrote that there’s “no point” in being friends with people who are “against Trump.”

“I can’t help myself… if you are against Trump then you are against literally everything I stand for and believe in. We’re just so completely different people that there’s no point in us even being friends. I don’t respect you and I think less of you,” the post said.

In a comment under that post, he said he doesn’t think “a country that has fraudulent, fixed elections is free.”

Two days later (and days before he would be arrested), DeGrave posted a photo of his living room, where a poster of Trump is prominently displayed. The caption read, “my idol in my living room.” 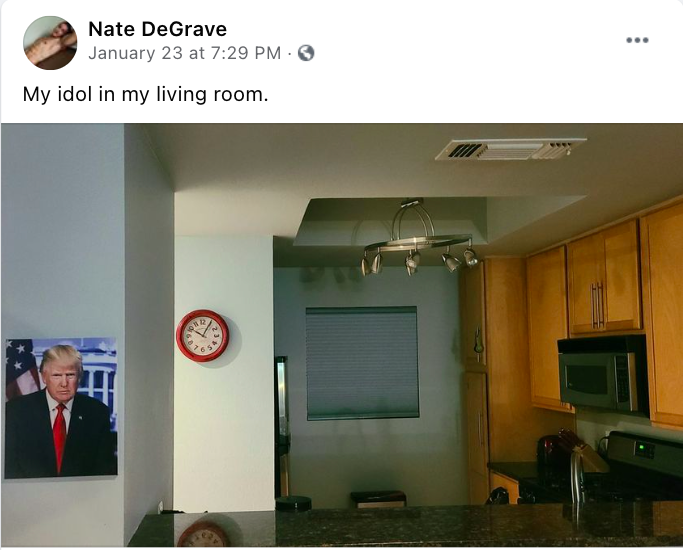 DeGrave describes himself as “King of Las Vegas” and a “Life & Success Hacker,” among other things.

On Jan. 1, DeGrave posted: “Who’s ready to absolutely fucking crush it this year.”