‘Crime Does Not Pay’: Government Defends Seizure of $90k from Capitol Siege Defendant Who Sold Video to CNN, NBC 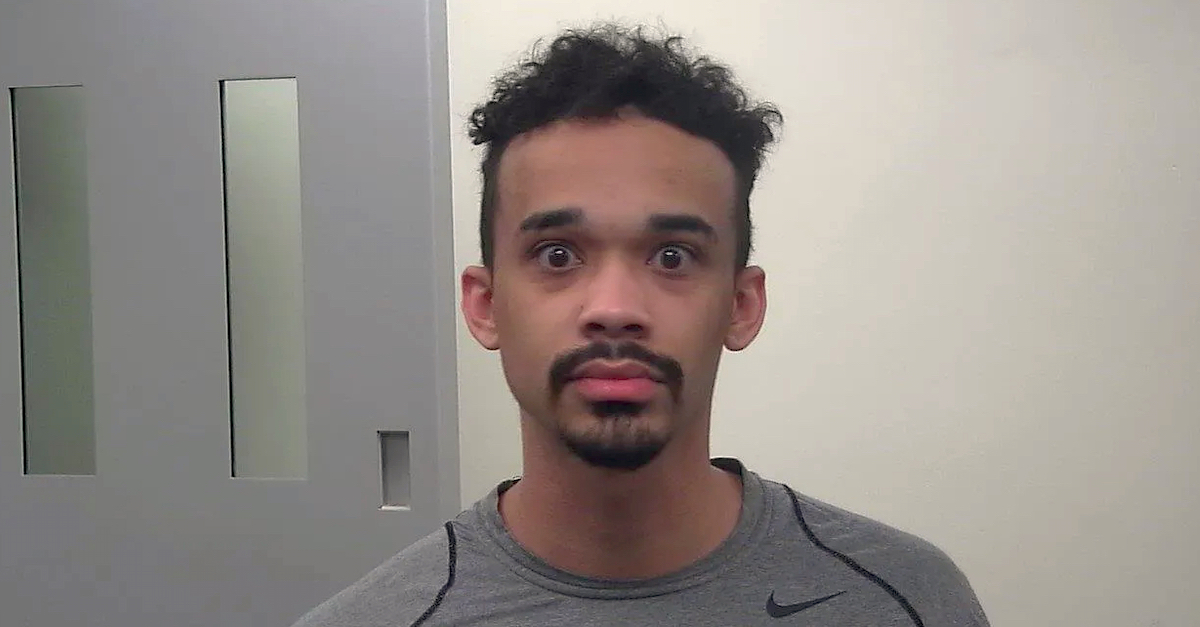 John Sullivan is seen in a Utah jail mugshot.

Federal authorities have seized more than $90,000 from a Utah bank account owned by a defendant charged with playing a role in the Jan. 6 siege on the U.S. Capitol Complex.  The defendant, John Earle Sullivan, 26, of Sandy, Utah, illegally earned the money, federal authorities say, by licensing video he recorded of the throngs of protesters both inside and outside the seat of government to various media companies, including NBC and CNN.  Sullivan has filed court papers describing himself as “legitimately self-employed as a documentarian” and has asked that the government return the money.

According to documents on file in U.S. District Court in Washington, D.C., Sullivan spoke with federal authorities several times after the deadly breach beginning the very next day after the siege occurred. On Jan. 7, Sullivan told investigators he was present when Ashli Babbitt was shot and killed and provided video of the incident.

The defendant’s recording, which remains live on YouTube as of the time of this writing, contains statements federal prosecutors have attributed to Sullivan which suggest he was not merely a passive observer.

“There are so many people. Let’s go. This shit is ours! Fuck yeah!” he said at one point, according to prosecutors’ federal court filings. “We accomplished this shit. We did this together. Fuck yeah! We are all a part of this history” he said at another point.

“Let’s burn this shit down,” he later said. “We gotta get this shit burned.”

“It’s our house, motherfuckers!” he continued. “We are getting this shit.”

While reviewing the video, prosecutors noted that Sullivan argued with officers who asked him to leave the capitol building.  From the prosecutors’ arguments, at length:

Several times during the video, the defendant encounters law enforcement officers who are trying to prevent further advancement by those who entered unlawfully. Shortly after entering, officers try to direct the defendant and others out of an exit, but he tells them, “we’re just recording, there’s too many people to be acting like this. Like you’re not solving anything. I’m just recording events, it’s not worth it; I’m just trying to record, I’m just filming. No freedom of press?” At other points, the defendant tells the officers to stand down. Among other things, the defendant can be heard telling officers, “you are putting yourself in harm’s way,” “the people have spoken,” and “there are too many people, you gotta stand down, the people out there that tried to do that shit, they got hurt, I saw it, I’m caring about you.”

Elsewhere, prosecutors characterize Sullivan as admitting to an active role in the destruction of federal property:

At another point, the defendant said he carried a camera in a talismanic effort to prevent himself from being arrested.  Here is how prosecutors described his words and efforts:

The defendant’s video captures someone in the crowd near the main entrance to the House Chamber describing how people are “getting arrested” by officers. The defendant can be heard saying, “That’s why I’m a photographer. That’s why you gotta have ID . . . It’s ok though, you’ll be fine, it’s only a little jail time . . . I do this all the time.”

Federal prosecutors elsewhere summarized various other attempts by the defendant to, in their view, feign being a journalist.

“The defendant admitted to law enforcement, however, that he has no press credentials and the investigation has not revealed any connection between the defendant and any journalistic organizations prior to the events of January 6, 2021,” they said to rebuff those claims.

They also said Sullivan was captured by another person’s camera “expressing excitement” that he had recorded the final moments of Ashli Babbitt’s life.

The defendant stated, “Everybody’s gonna want this. Nobody has it. I’m selling it, I could make millions of dollars.” The defendant also spoke to someone on speakerphone, stating, “I brought my megaphone to instigate shit. I was like, guys we’re going inside, we’re fucking shit up…. I’m gonna make these Trump supporters f—all this shit up…. But I mean you’ll see. I have it all, I have everything, everything on camera, everything I just told you, and I mean everything. Trust me when I say my footage is worth like a million of dollars, millions of dollars. I’m holding on to that shit.”

Invoice records filed in federal court by Sullivan’s own attorneys indicate that the defendant sold footage of the siege to CNN on Jan. 6 for $35,000. He also sold material unidentified in invoices but alleged by prosecutors to be recordings of the siege to the Australian Broadcasting Corporation for $2,500 (less taxes) on Feb. 12, to NBC Universal on Jan. 27 for $35,000, and to Left/Right, LLC on an unknown date for $5,000. Other court documents say Sullivan also sold footage to Rocky Mountain Public Media.

The defendant’s attorneys filed the invoices while describing Sullivan as “legitimately self-employed as a documentarian” for the purposes of pretrial release. Filing the invoices appears to have backfired because prosecutors directly cited them in court documents which argue in favor of seizing the ultimate proceeds from the sales. Federal prosecutors cited 18 U.S.C. § 981(a)(1)(C) — a federal civil forfeiture law — as legal grounds for the seizure.

The defendant balked at the seizure and asked a judge to force the U.S. government to return the cash.

“At the outset, defendant notes that he needs the funds in the seized bank account in order to pay his rent and household necessities,” the defense wrote. “Additionally, the proceeds of the seized bank account are not the product of criminal activity alleged in the indictment. Defendant is being deprived of his needed asserts is in violation of the Due Process Clause of the United States Constitution.”

Prosecutors rubbished the notion that Sullivan really needed the money and said the defendant wasn’t even entitled to a hearing on the matter.

“Here, in any event, no financial need has been demonstrated, and there is ample probable cause to believe the seized funds – a portion of the $90,875 in profits that the defendant reaped from selling his video footage from his breach of the U.S. Capitol on January 6, 2021 – are forfeitable proceeds,” prosecutors wrote in a reply.

Prosecutors summed up their arguments supporting the forfeiture by saying that the defendant was at the Capitol Complex on Jan. 6 “to both film and instigate mayhem” and, therefore, “was no mere bystander but rather an active participant” in the alleged illegal chaos.

“The defendant would not have obtained footage inside the Capitol at all had he not unlawfully breached and remained in the building,” the government arguments continue. “More fundamentally, the defendant would not have obtained the footage he got — with the proximity and front-line vantage points he achieved, nor of the length and scope he captured — had he not engaged in the very conduct for which he is being charged in Count One.”

“In sum,” prosecutors concluded, “there is ample probable cause supporting the traceability of the defendant’s proceeds to the crime. By targeting the defendant’s $90,875 in gross profits, this case encapsulates the core purpose of forfeiture — to ‘help to ensure that crime does not pay.'”