Soldier Googled How Many Blows It Would Take to Kill Someone with Bat, Then Murdered Wife: Prosecutors 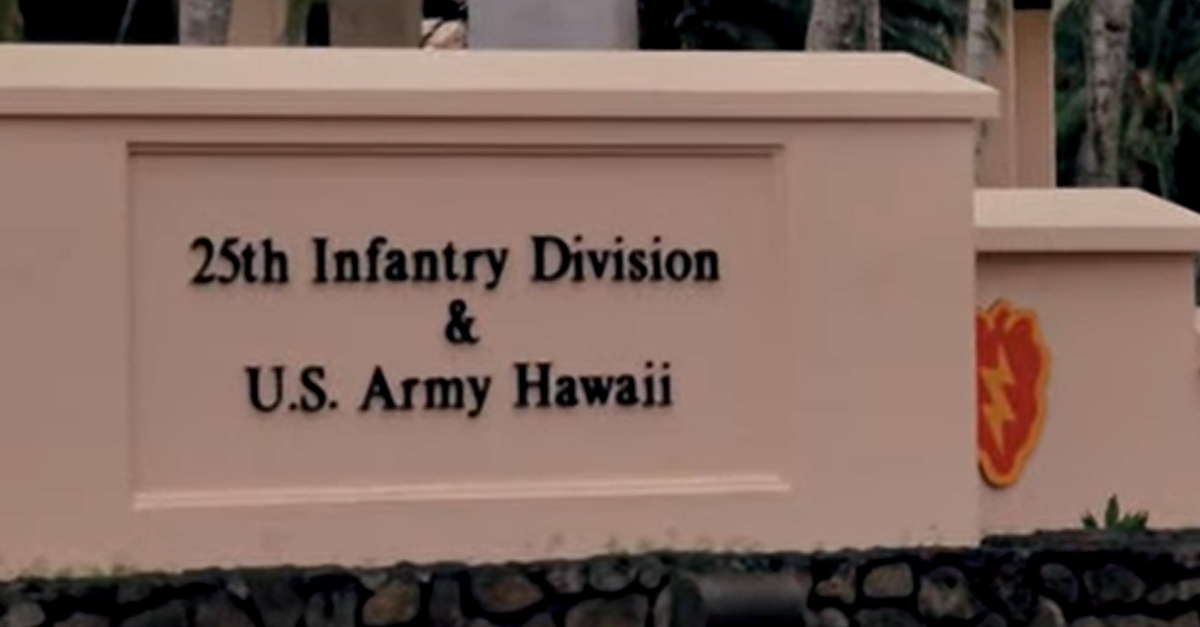 A U.S. Army soldier in Hawaii googled how many blows it would take to kill someone with a wooden bat, and soon after murdered his estranged wife, according to prosecutors in a Stars and Stripes report. Authorities described their timeline in the death of Selena Roth, 25, during an Article 32 hearing against Spc. Raul Hernandez Perez, 25, at Schofield Barracks northwest of Honolulu. The prosecution detailed a fraught relationship between victim and defendant.

An Article 32 hearing is a preliminary hearing scheduled to take place before court martial.

Hernandez Perez is the Army soldier accused of killing Roth, and dumping her body in a trash can.

Spc. Raul Hernandez Perez was charged under the Uniform Code of Military Justice with murder and failure to follow a lawful order following the death of his wife, Selena Roth, 25, the @USArmy said. A trial date has not been set.https://t.co/ZlyYVYpzBy

The defense chose not to present evidence during the hearing on Thursday.

For his part, Capt. Matthew Bishop told the court that Hernandez Perez and Roth got together when the latter was in an “open” marriage. Roth divorced her first husband, and married the defendant in January 2020, the prosecution said.

Court records showed Hernandez Perez filed on Oct. 8 to divorce Selena Roth, according to The Honolulu Star-Advertiser in February 2021. He sought an order of protection against her on Nov. 4, claiming she threw a computer tower and other electronics at him. He also claimed she released the air from his car tires. Roth’s ex-husband, the father of her 1-year-old daughter, had also wanted a protective order, claiming she would throw objects and curse from her anxiety.

Bishop also described a fraught relationship, telling the court defendant and victim often argued. Roth smashed a video game console and a cellphone belonging to Hernandez Perez, the captain said. Even so, she was still in love with him, and was mad when Hernandez Perez picked things up with a girlfriend from high school, according to the prosecution’s account.

The defendant got a restraining order and moved into his barracks, but nonetheless got together with Roth for consensual sex, Bishop said. He filed for divorce in October, and Roth voiced plans on social media to move back to the mainland United States, but they still got together on their one-year wedding anniversary on January 9, according to the prosecutor. Cellphone and various surveillance footage showed the couple returned to the base at about midnight. They were seen holding hands and hugging, Bishop said.

But the defendant allegedly searched on Google about killing a person with a baseball bat early that January 10. Ultimately, the medical examiner determined Roth died from blunt-force trauma, and four stab wounds from behind. She showed no defensive wounds, Bishop said.

Hernandez Perez was caught on surveillance footage throwing away a white garbage bag containing a long object outside his barracks on January 10.

Her sister Aubrey described the victim as kindhearted.

“I can’t even put into words,” she said of the murder to WINK News in February. “She was our baby sister. She was only 25. This was completely a senseless murder.”