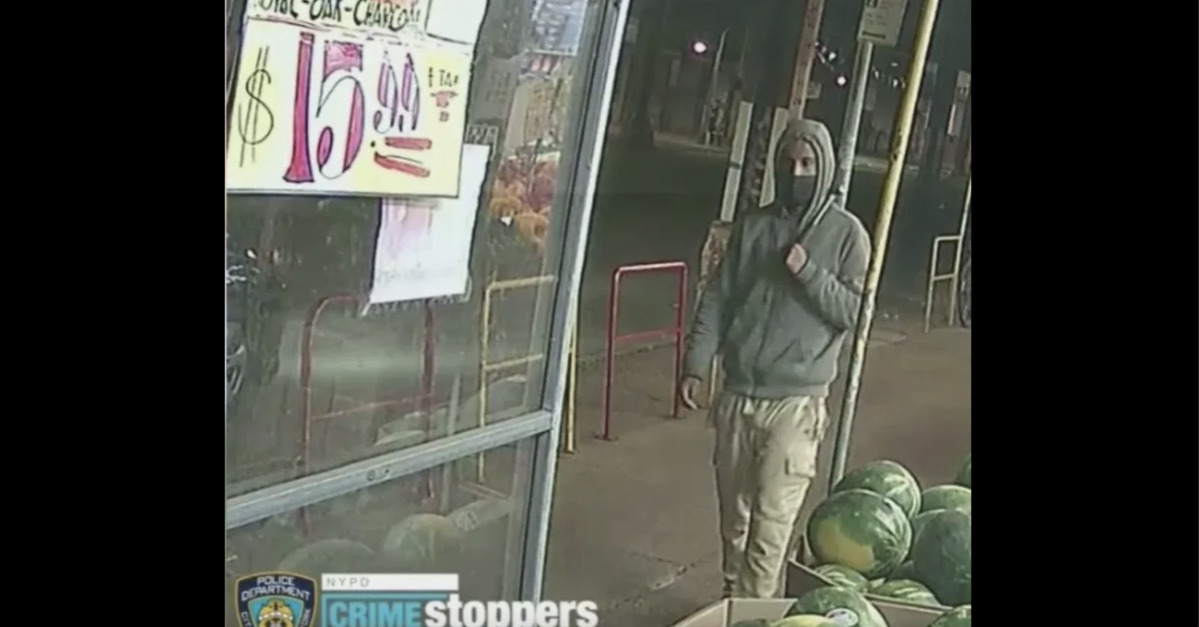 A New York man stands accused of setting fire to a yeshiva and synagogue in Brooklyn earlier this week.

Ali Alaheri, 29, was charged with one federal count of malicious arson on Saturday, according to a criminal complaint filed with the U.S. District Court for the Eastern District of New York.

“The defendant’s alleged actions endangered the lives of numerous individuals, from the congregants and students at the synagogue and yeshiva, to the first responders who arrived to extinguish the flames, to the neighboring members of the community,” ATF Special Agent-in-Charge John B. DeVito said in a press release.

The fire was started sometime around 4 a.m. Wednesday at the Jewish center on 36th Street near Borough Park and Sunset Park in South Brooklyn. The Fire Department of New York City (FDNY) was able to respond in time and control the blaze but the building sustained some damage, authorities say.

According to federal prosecutors, surveillance cameras “in the vicinity” of the building captured Alahero “pilling numerous garbage bags against the door” as a makeshift form of kindling.

“The perpetrator then lit several of the garbage bags on fire,” the complaint filed by ATF Officer Michael Pritchett notes.

The court filing documents a series of related and unrelated crimes allegedly committed in quick succession following the fire.

Just hours after setting his sights on the Jewish complex, Alalheri targeted a man who appeared to be Jewish and attacked him, prosecutors allege in the five-page complaint.

“Alaheri can be seen on surveillance footage punching a Jewish man multiple times in the head with no provocation or prior interaction,” the document alleges. “The man, who was sitting in front of an autobody shop on the same block as the [yeshiva and synagogue], was wearing traditional Hasidic clothing. After the assault, Alaheri can be seen jumping over a fence into an alleyway less than two blocks away from the [yeshiva and synagogue] and the assault.”

After that, authorities allege Alaheri stole a bicycle and rode away.

Less than an hour later, just before 10:00 a.m., Alaheri allegedly rode the stolen bicycle the wrong way into nearby Prospect Park (Brooklyn’s equivalent of Manhattan’s Central Park) and was issued a summons for going the wrong direction on a bike path.

That park encounter was captured on police bodycam footage and ultimately aided authorities in later apprehending the defendant. Alaheri was asked for identification by park police and provided his New York State identification and benefits cards.

The benefits card was used two days later and, after again checking surveillance footage, Alaheri was arrested in Dobbs Ferry, New York — he was still allegedly in possession of the stolen bicycle.

“As alleged in the complaint and detention letter, Alaheri deliberately set fire to the sacred home of a yeshiva and synagogue, and viciously attacked a man wearing traditional Hasidic garb, demonstrating a violent hatred that cannot be tolerated,” Acting U.S. Attorney Mark Lesko said. “This Office strongly condemns these sorts of intentional acts of violence and we will go to every length possible to prosecute this type of conduct to the fullest extent possible.”

Also on Friday, police say the same man — Alaheri — was arrested and later charged with a hate crime in New York City for allegedly destroying a crucifix outside of a church in Bensonhurst, Brooklyn.

According to Manhattan-based NBC affiliate WNBC, prosecutors believe Alaheri also recently attacked a Black man in the Subway system — an attack that was allegedly unprovoked.