New Mexico Man Who Called Jan. 6 a ‘Magical Day’ Found Not Guilty of All Charges in First Capitol Breach Acquittal 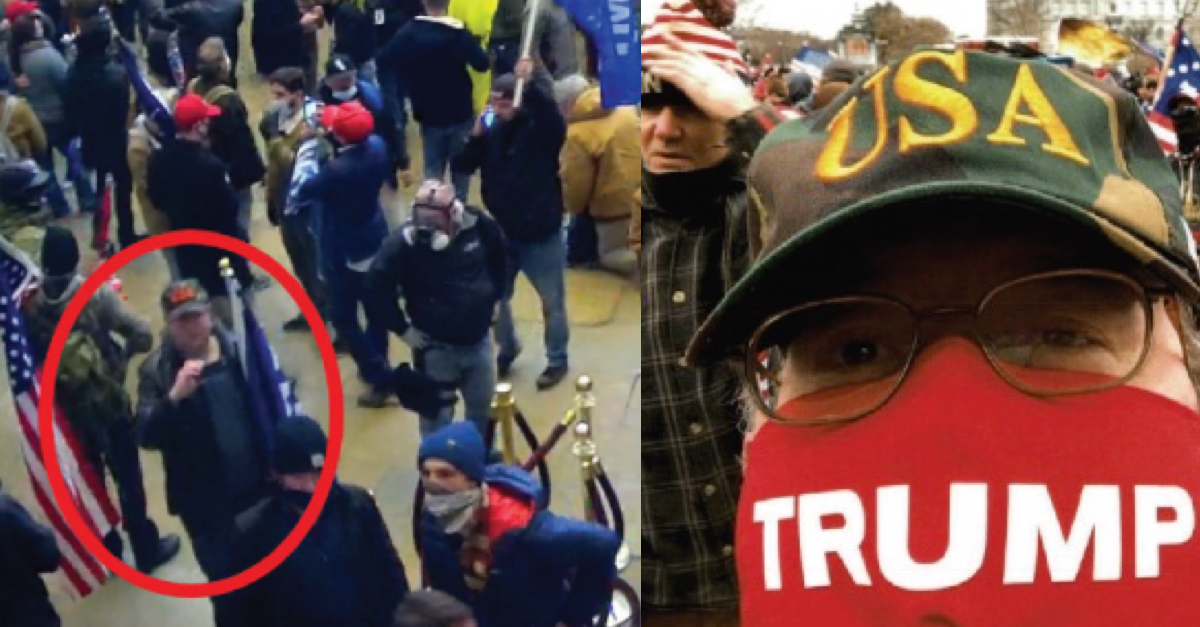 A New Mexico man who testified that Jan. 6 was a “magical day” has been found not guilty of unlawfully entering the Capitol after a judge found that he “reasonably believed” that police officers essentially let him into the building.

It’s the first acquittal in the government’s sprawling prosecution of those who participated in the riots at the Capitol that temporarily halted Congress’ certification of Joe Biden‘s win over Donald Trump in the 2020 presidential election.

During a two-day bench trial before U.S. District Judge Trevor McFadden, Matthew Martin defended himself against four misdemeanor charges by arguing that police had allowed him into the building.

Speaking from the bench Wednesday, McFadden, a Trump appointee, said that despite multiple clues that the Capitol grounds and building were restricted, Martin’s belief that he had permission enter the building was “plausible” because police officers didn’t try to stop him, according to a BuzzFeed News report.

In a trial brief, prosecutors said that Martin went to the Capitol from his hotel room at some point after the first breach of the building had occurred. On his way there, he passed a line of police cars, signs announcing that areas of the Capitol grounds were closed, and smashed windowpanes at the Rotunda doors. Alarms that prosecutors described as “piercingly loud” could be heard on video recordings Martin made on his phone.

Nevertheless, Martin walked into the Rotunda, passing police officers who were standing on either side of the doorway. According to prosecutors, Martin was inside the building for around 10 minutes. He recorded footage on his cell phone, and although he didn’t engage in any violence, he did join a crowd that was “facing down officers” before he left, prosecutors said.

That evening, Martin texted with his supervisor.

“You can’t overrun the capital [sic] building,” the supervisor said, according to court filings.

“Actually you can, rather easily I might add,” Martin responded. “Not as much security as you think. Our numbers were freaking huge. They were not prepared.”

In  announcing his verdict, McFadden reportedly described Martin’s conduct at the Capitol as “minimal and non-serious,” noting that he didn’t try to crowd police, protest, or wave his Trump flag inside the building. The judge appears to have weighed the fact that Martin didn’t interfere with officers fighting back rioters as a factor in the defendant’s favor, and not as yet another indication to Martin that he shouldn’t have been there.

According to reports, Martin was unapologetic at trial.

“He described Jan. 6 as ‘magical,’ even as he acknowledged that some ‘bad things’ had happened, and said that he didn’t regret coming to Washington, although he might have stayed away from the Capitol,” BuzzFeed reported.

The acquittal will likely put wind in the sails of Jan. 6 defendants who have argued that they shouldn’t be prosecuted because police had signaled their approval, either by giving people a “thumbs up” as they stormed the building, or by taking selfies with the rioters.

The government’s record on Jan. 6 trials so far is mixed. While Wednesday’s verdict is the first full acquittal, McFadden found Couy Griffin guilty of entering a restricted area but not guilty of disorderly conduct for his role in the Jan. 6 riot after a bench trial.

However, Guy Reffitt, who was accused of obstructing Congress and bringing a gun to the Capitol, was convicted of all five counts in a jury trial before U.S. District Judge Dabney Friedrich, who was also appointed by Trump.

Martin was working for a private defense contractor at the National Laboratory in Los Alamos and had top-secret clearance at the time of the Capitol attack, prosecutors said in the trial brief. He was reportedly fired after being charged.