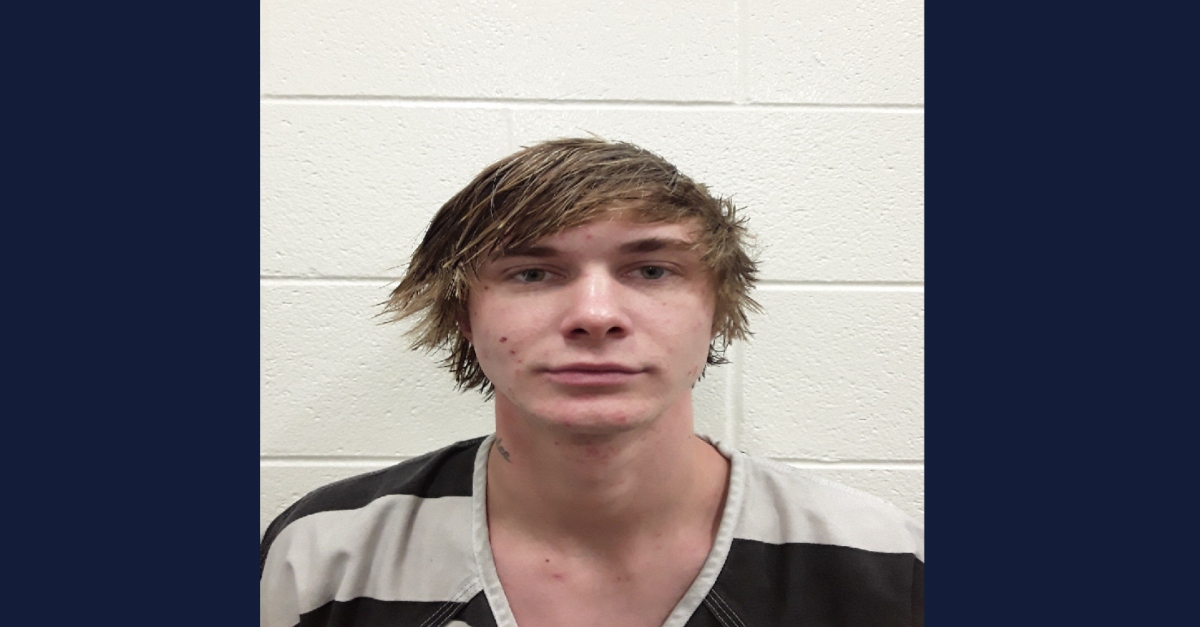 A young man who appeared on a reality TV show as the possible father of a baby is now in jail on an attempted murder charge. Online records show that Drew Alexander Brooks, 22, got locked up in Monroe County, Tennessee, on Wednesday.

Brooks is accused of stabbing another person.

Deputies said they were dispatched on Sunday to Sweetwater Hospital’s emergency room regarding a stabbing, according to an affidavit obtained by Law&Crime. Authorities spoke to the victim as he was being loaded into an ambulance, in preparation for being flown out to the University of Tennessee Medical Center. The alleged victim said he got into an altercation with Brooks, who stabbed him in what deputies described as the “lower left stomach area.”

The affiant, Detective Jason Fillvaw, wrote that he spoke to two people who had similar accounts.

“I then responded to the address of the incident and did locate a medium sized blood stain on the dirt road where Mr. Mason said the stabbing took place,” the detective wrote.

Authorities did not say what the altercation was about. The Monroe County Sheriff’s Office did not immediately respond to a Law&Crime request for more information.

Brooks does not have an attorney of record in this matter, a Monroe County court staffer told Law&Crime.

He appeared on the MTV show “Teen Mom: Young & Pregnant” as the ex-boyfriend of young mother Rachel Beaver and the possible father of her baby. (Beaver said on an Instagram story that he was indeed the father, and she always knew that to be the case, according to In Touch Weekly in March.)

Brooks has reportedly been arrested several times since 2018 for allegations including property theft, probation violation, unlawful caarrying or possession of a weapon. In a April 2020 arrest, he allegedly gave authorities the wrong age and name after they found him in a car with alcohol and marijuana. A 16- and 17-year-old were also in the vehicle. He pleaded guilty in that matter to criminal impersonation and contributing to the delinquency of a minor, according to The U.S. Sun.