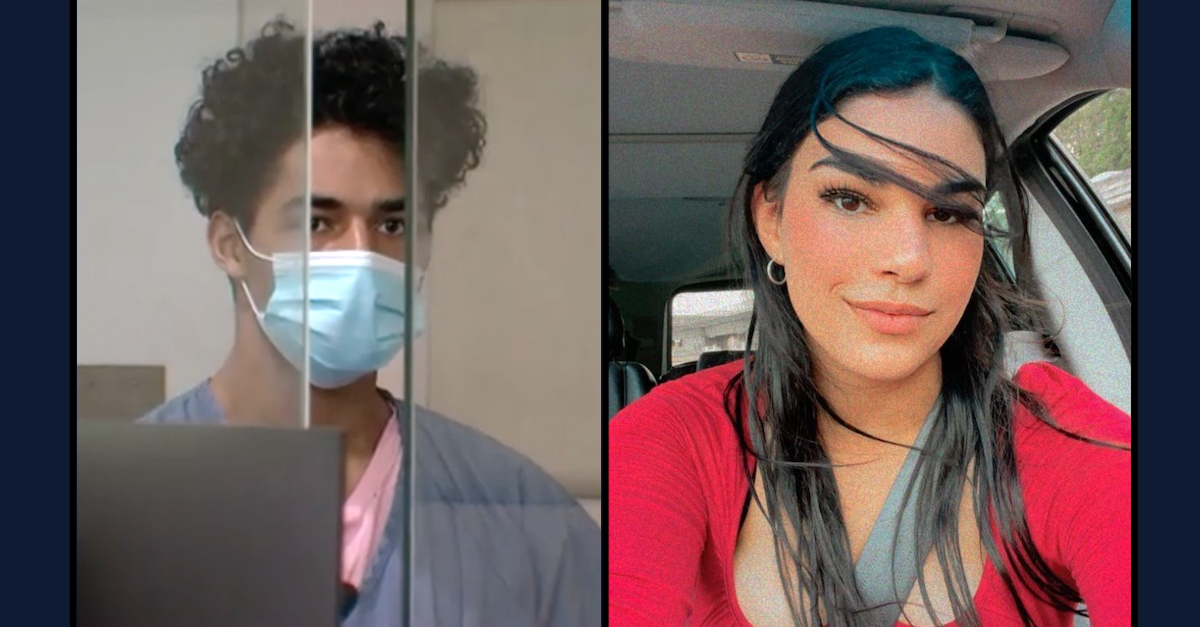 Keenan Harpole (left, via a KGW-TV screengrab) and Amara Marluke (right, via an image released by the Portland Police Bureau).

A 20-year-old former Portland State University football running back is charged with second-degree murder and the unlawful use of a weapon in connection with the shooting death of a fellow college student, the Portland Police Bureau announced on Tuesday. Local news reports indicated that the victim and the defendant were in a relationship at one point.

According to a press release, Keenan Harpole, of Bend, Ore., is accused of shooting and killing Amara Marluke, 19. Marluke was found dead around 1:00 a.m. on Monday, April 4, after officers “were dispatched to a report of a shooting near Southwest College Street and Southwest 6th Avenue,” the police bureau said. Marluke was already dead at the scene when officers arrived.

Portland CBS affiliate KOIN said students who live in nearby dormitories reported hearing multiple gunshots. The owner of a store situated where Marluke died told the TV station his security cameras were stolen just a few weeks before the deadly shooting.

Harpole tuned himself in to members of the Deschutes County Sheriff’s Office in the 55000 Block of Homestead Way in Bend, the authorities in Portland said. Deputies from Deschutes County took Harpole back to Portland, which is more than three hours north-northeast of Bend, and placed him in the custody of city homicide detectives, the press release indicated.

Harpole was eventually sent to the Multnomah County Detention Center. According to jail records, he was booked at 7:01 p.m. on Monday. He is being held without bail, those records and local news reports from NBC affiliate KGW-TV indicate. KGW also reported that Harpole entered a preliminary not guilty plea during a brief court appearance.

Marluke’s family read a statement at that Tuesday arraignment, the NBC station indicated.

“To say that Amara was the light of our life would not begin to do her justice. She was an activist who worked to support those who couldn’t speak for themselves,” the family said. “She had a rough start to her own life, lived through the years of the foster system, and somehow still had endless capacity to love and to help others. She touched our lives and those of so many others. Her dedication to her family and friends was unwavering. That she would fall victim to a senseless and violent death is unimaginable.”

According to a 2021 Portland State football roster, Harpole is a 6’0″, 190-pound freshman from Bend, Ore., who entered  the university from Mountain View High School.

Harpole “[c]ame to program with a strong high school background,” according to an online athlete profile. “[A] very good athlete . . . redshirt in 2021 . . . among a group of young running backs trying to break through” (ellipses in original). 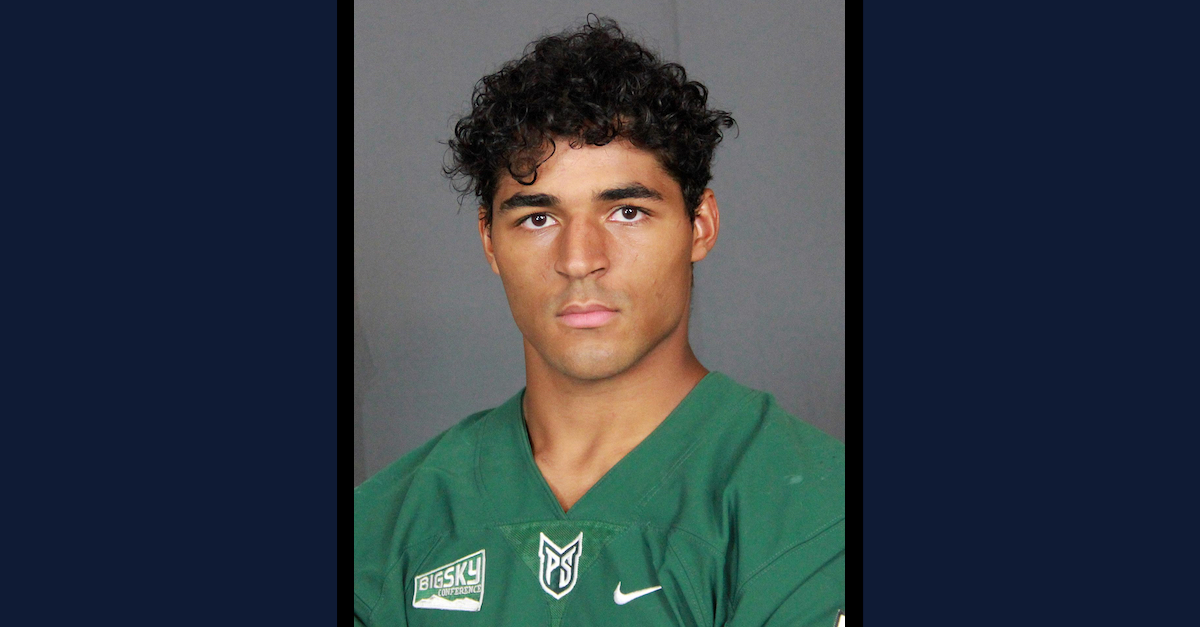 The biography says Harpole “rushed 225 times for 1,615 yards and 24 touchdowns” in high school and was “voted team offensive and defensive MVP.”  He “also competed in basketball, baseball and track,” the bio indicates.

The blurb says Harpole was “majoring in Applied Health and Fitness” and enjoyed hobbies such as “video games, swimming, playing basketball, working out and spending time with family and friends.”

PSU President Stephen Percy said in a letter to the campus community that Harpole was a “former” football player and that he was “profoundly affected by the sheer tragedy of [the] loss.”

“My heart breaks for Amara’s family and for everyone who knew her,” the letter said.  “I offer my deepest sympathies. We will work together as a campus community to heal.”

Percy described the victim as “an artist and an activist and a vibrant member of our community.”

“Her death is mourned by all of us,” the college president added.

An earlier statement by the university called attention to “the epidemic of deadly gun violence that has plagued so many cities.”

An arraignment on a pending indictment is scheduled for April 13, according to online court records. A representative with the Multnomah County District Attorney’s Office told Law&Crime via email that the charging documents currently on file with the court system are sealed. Benjamin Kim, a defense attorney who is representing Harpole, did not respond to a Law&Crime request for reaction or comment to the charges filed.

The Multnomah County Detention Center does not release inmate photos because a recent Oregon state law forbids law enforcement agencies from disseminating them publicly except in narrow circumstances.  Those circumstances generally include when the law enforcement agency needs “assistance” from public at large “with the apprehension of a fugitive or a suspect in a criminal investigation.