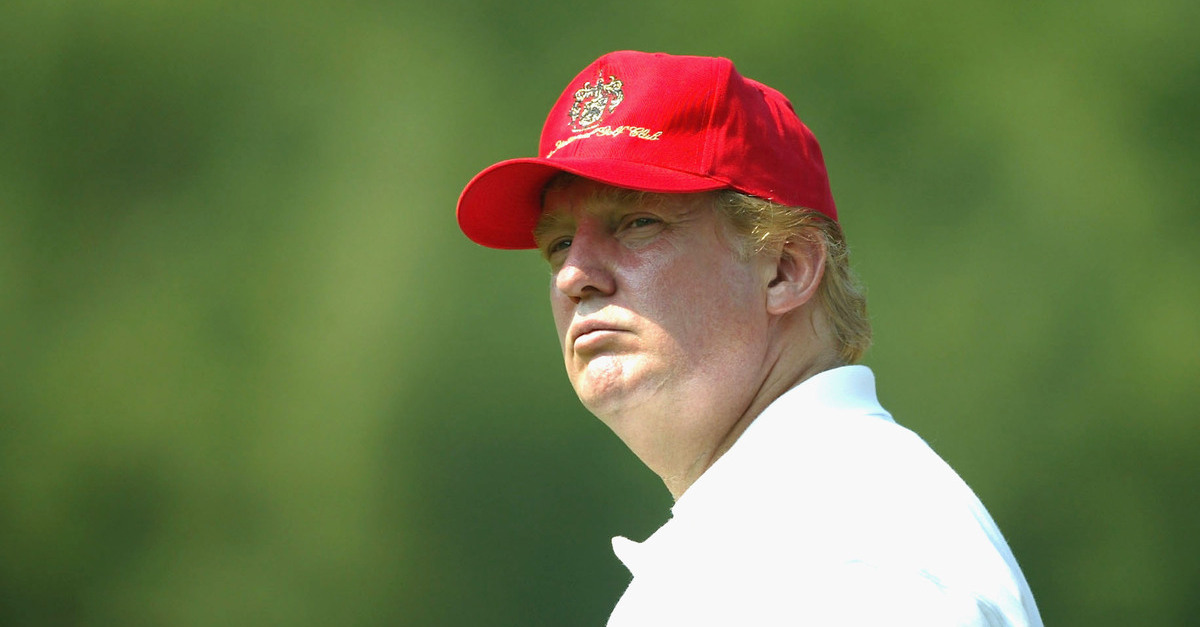 Donald Trump on the ninth fairway during the pro-am prior to the start of the Buick Classic at the Westchester Country Club on June 9, 2004.

A Trump family business is reportedly being investigated by the Westchester County, N.Y. District Attorney’s Office.

Originally reported by The New York Times and “confirmed” by CNN, the probe is said to focus on allegations that the Trump Organization misled authorities about the property value of a golf course in order to pay lower property taxes. The outlets cite “people with knowledge of the matter” and “people familiar with the matter,” respectively.

Law&Crime reached out to Westchester DA Mimi Rocah’s (D) office for comment and confirmation on the investigation but no response was immediately forthcoming at the time of publication. Jess Vecchiarelli, Rocah’s spokesperson, reportedly declined to comment on the matter when contacted by the newspaper and by the television network.

The investigation is said to have been going on for “months,” and details are scarce. Activists in Ossining have targeted the club — technically located in the tiny village of Briarcliff Manor — since 2017 at least over the tax issue, according to the Westchester, N.Y. Journal News.

Property tax issues have dogged the club for some time. In July of this year, the Ossining town board signed off on a settlement with Trump National Golf Club LLC “correcting and reducing” the value of the golf club for five years beginning in 2016. Originally assessed top-line valuations of $15.8 million were reduced to a range of between $9.75 million and $11 million.

In September, the Briarcliff Manor Board of Education approved a refund of $588,155 based on those mutually-agreed-upon tax devaluations. Ossining paid back $20,455 at the time while Westchester County refunded the Trump Organization $111,989.

No one at the club has been accused of wrongdoing. It currently unclear whether any charges will result from the investigation.

The Trump Organization bristled at the suggestion that efforts to reduce the club’s property values were in any way untoward.

A spokesperson for the 45th president’s namesake corporate entity dismissed any such concerns in a statement to news outlets which included one of Trump’s favorite euphemisms.

The Club’s request for a review of its tax assessments was amicably resolved earlier this year and signed off by the Town Board, the Town Assessor, Special Counsel for the Town (who determined the settlement to be both ‘appropriate and in the best interests of the Town of Ossining’), the Briarcliff Manor School District, the Office of the Westchester County Attorney and the Westchester County Supreme Court judge presiding over the matter. Accordingly, the suggestion that anything was inappropriate is completely false and incredibly irresponsible. The witch hunt continues . . .

Ossining officials were more muted in their response but appeared to back up the Trump Organization’s take on the situation.

“We believe this settlement is in the best interests of the town’s residents and businesses,” Ossining Town Supervisor Dana Levenberg told CNN. “Each side compromised in the interest of reaching an agreement.”

Ossining Assessor Fernando Gonzalez told the Journal News that the inquiry began last spring. Levenberg confirmed to the outlet that the town is “fully cooperating” with the investigation.

“There were a lot of documents that were public information,” Gonzalez told the newspaper. “They were looking into the discrepancy between claims that the facilities were worth $50 million when he wants his balance sheet to look healthy, but for tax purposes claims it’s worth a lot less.”