Lacey Uthe Caught Streaking Naked Around Kids While on Heroin 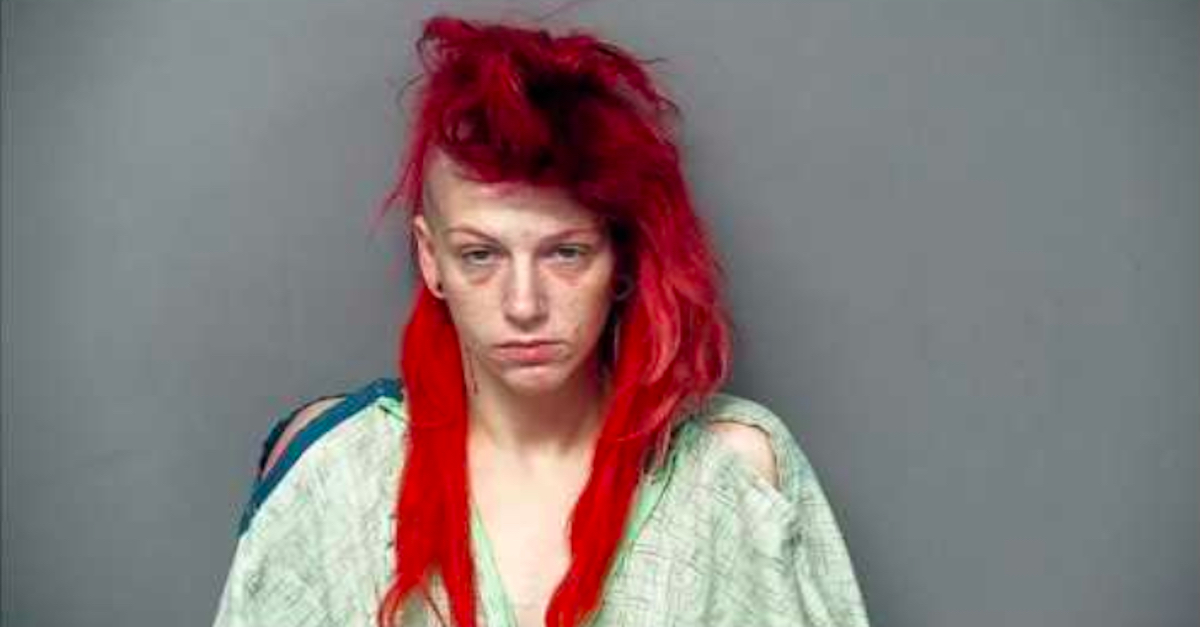 Authorities in Missouri arrested a 27-year-old woman after she allegedly stripped naked and streaked across a football field in front of a group of eighth graders who were in the middle of a football practice.

Prosecutors in Cole County last week charged Lacey Uthe, of Jefferson City, with one count of sexual misconduct involving a child under 15, which is a Class E felony, according to a report from Columbia ABC affiliate KMIZ.

According to the report, Uthe was only wearing a scarf around her neck when she hopped over the fence of the Helias Football Stadium at Helias Catholic High School on Swifts Highway in Jefferson County. She then reportedly an across the football field in full view of 29 eighth graders, whose ages ranged from 13 to 14 years old. The students, who had obtained permission to use the field during the allotted time, were taking part in a youth program that was not affiliated with the school, KMIZ reported.

Officers responded to a call about Uthe streaking in front of children a short while later and arrested the woman while she was still on the football field.

After being taken into custody, Uthe told the arresting officers that she ingested heroin in her home earlier in the day and then left her residence in the nude. Uthe reportedly said she left the house in search of help because she thought that she was going to die after taking the drug.

The arrest report further stated that Uthe told police that she did not intend to go streaking, she just lived nearby and was in search of aid.

Uthe was transported to a local hospital for a medical evaluation. After being found fit for confinement, she was remanded into the custody of the Cole County Jail. She appeared before a judge for her arraignment last Friday. She was released from jail after posting bond of $10,000.

According to a report from the New York Post, Uthe has previously had several run-ins with the law. Court records showed that since 2014 Uthe had been charged with a total of six crimes and infractions in addition to the sexual misconduct allegations, the outlet reported.

A similar incident occurred last month in Colorado, where a woman was arrested by officers with the Denver International Airport Police for gallivanting through the concourse naked and trying to chat up strangers.

Airport police were dispatched to the area around Gate A-37 at approximately 5 a.m. on September 19 after receiving reports of “an intoxicated female completely nude,” Denver CBS affiliate KCNC-TV reported.

“How are you doing? Where are you from?” the woman, who was not identified in the report, could reportedly be heard asking bystanders in videos provided to the network. The woman can also reportedly be seen “skipping away” from officers who were trying to wrap her in a blanket.

It was later determined that the woman was likely experiencing some kind of medical issue.

“Officers responded and located the female running around the concourse having some type of medical issue,” police wrote in a report obtained by KCNC. “Paramedics were called code 10 (indicating an emergency response). The female was transported to University Hospital by ambulance due to an undetermined medical episode.”