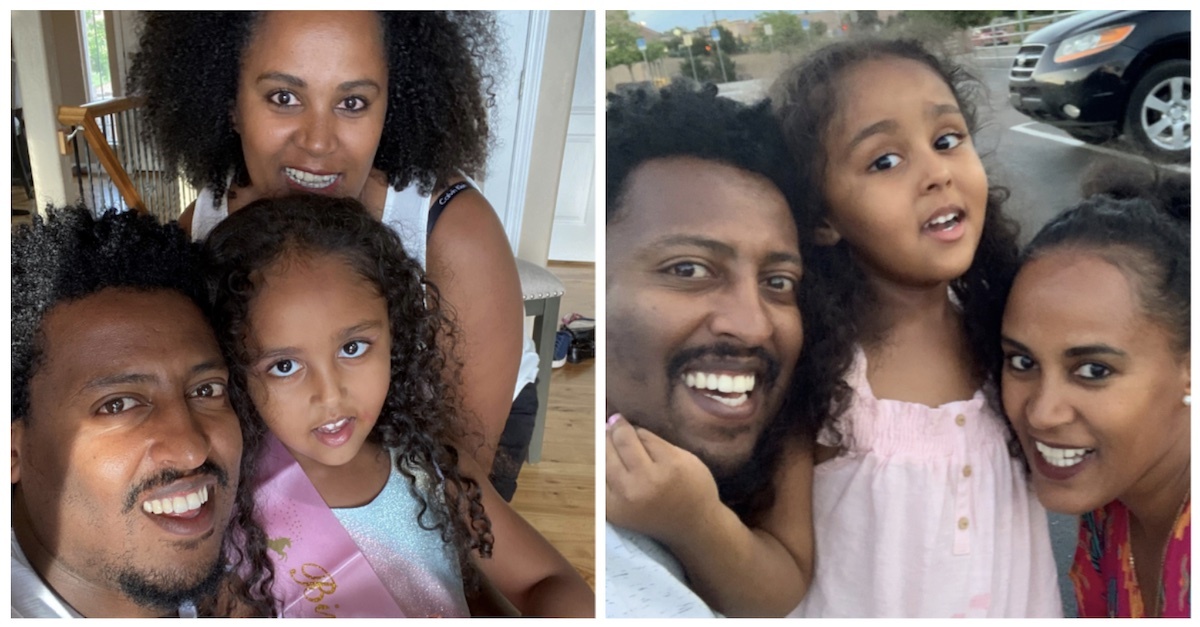 Wongel Estifanos and her parents pictured together.

The parents of Wongel Estifanos, a 6-year-old girl who fell 110 feet to her death from an amusement park ride, have filed a wrongful death lawsuit against Glenwood Caverns Adventure Park in Colorado state court. The parents say two other patrons were involved in a nearly identical incidents, and that the park failed to turn over information to state investigators.

According to the complaint, the Estifanos family took their first trip since the start of the COVID-19 pandemic on Sunday, September 5, 2021. Wongel rode the Haunted Mine Drop along with her uncle, two cousins, and several other relatives. The family says ride operators “interacted” with Wongel prior to the ride departing, and that they trusted she had been properly secured.

When the ride came to a brief stop, however, Wongel’s uncle “was stricken with terror to see that Wongel was not in her seat.” He then “saw Wongel’s battered body at the bottom of the mine shaft.”

“Wongel had fallen to her death, suffering numerous fractures, brain injuries and internal and external lacerations,” the complaint continues.

The ride, however, was still in motion. “As Wongel’s uncle and other relatives on the ride screamed in horror and tried to get out of the ride to run to Wongel,” the complaint says, “the ride would not release them, and pulled them 110 feet back up to the top of the mine shaft.”

Following Wongel’s death, the Colorado Division of Oil and Safety conducted an investigation, including review of video surveillance, and released a report. Investigators found that ride operators failed to notice that Wongel had been sitting on her seatbelts. Investigators further found that aspects of key components of the ride’s safety features were not known by ride operators, and that operators may not have fully understood their specific safety responsibilities.

“Those horrified customers warned Glenwood Caverns in 2018 and 2019 that operators of the Haunted Mine Drop had failed to belt some passengers into the ride,” said Caplis.

One such incident was detailed in the complaint as follows:

For example, in July of 2018 Glenwood Caverns was put on notice by a terrified mother of a failure of the Haunted Mine Drop operators to put seatbelts on a rider. That mother sent an email to Glenwood Caverns on July 25, 2018 reporting that when she took her 6-year-old on the Haunted Mine Drop, the operators put everyone on the ride and then left the room to deploy the ride without securing the seatbelts of a teenage boy on the ride.

That mother informed Glenwood Caverns in 2018 that all of the riders started screaming “wait!” “wait!” at the operators, but that the operators left the room anyway.

That mother informed Glenwood Caverns that when the operators walked out, ignoring their cries for help, “…I sat there knowing that the floor was about to roll away with him not buckled in. I understood the ride went faster than free fall so was immediately thinking about how to try to protect my small child from what was about to be a large flailing body that was about to come crashing down onto our heads.”

According to the complaint, Glenwood Caverns responded to the concerned mother, acknowledging that the teenage boy had been left “completely unbuckled,” then “falsely assured” the mother that “the ride had a safety feature which ensured that the ride could not begin until all of the riders were restrained by seatbelts.” Glenwood Caverns allegedly promised to “take any necessary steps to improve the safety of our operation” following the mother’s email.

Law&Crime spoke with Caplis on Thursday. He said that the prior complaints about the ride “go right to the heart of this case,” and called Glenwood Caverns’ failure to address safety failures “extremely reckless.”

“Wongel’s parents want this case to be heard by a jury, in public,” Caplis said, adding that “the only way they’re going to get the full truth is through discovery.” Caplis urged other individuals with similar experiences or relevant information to come forward.

A representative from Glenwood Caverns declined to comment on the pending lawsuit, but said that “Our hearts go out to the Estifanos family and those impacted by their loss.”

The complaint can be read here: