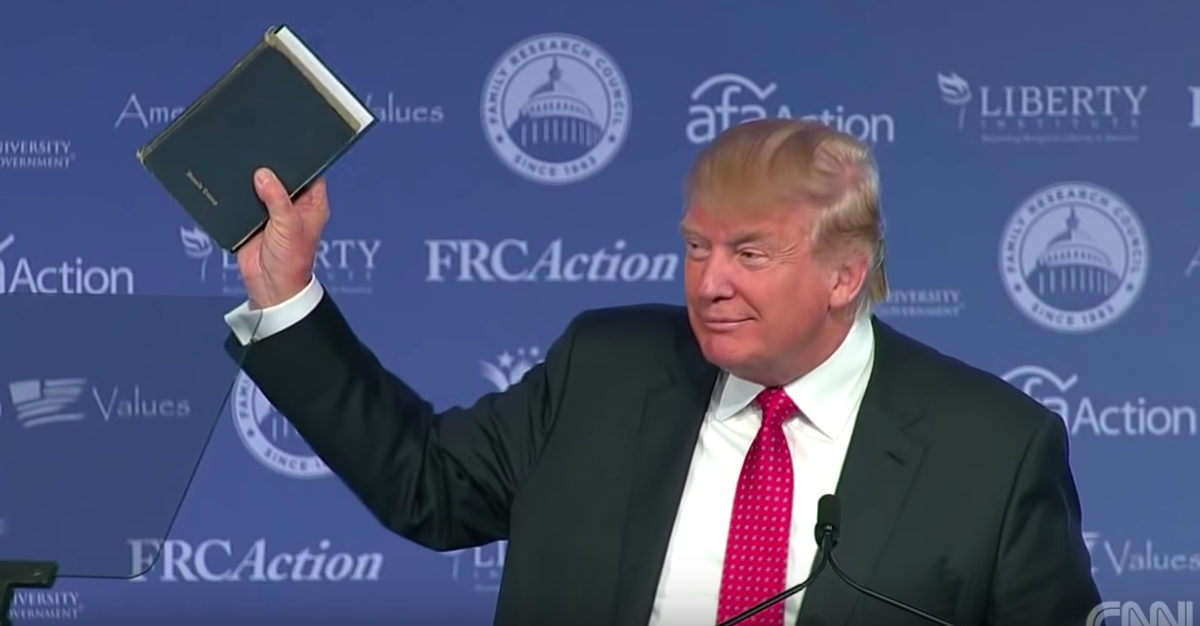 The Trump administration on Tuesday announced the next steps in the process of imposing additional 10-percent tariffs on approximately $300 billion in Chinese imports, posting two lists of items that will become subject to tariffs on September 1 and December 15. The Office of the U.S. Trade Representative (USTR) also announced that among the products being removed from the tariff list “based on health, safety, national security, and other factors” were Christian Bibles.

A spokesperson for the USTR confirmed Wednesday that “Bibles and other religious literature are among the items removed from the tariff list and will not face additional tariffs of 10 percent,” according to a report from Christianity Today.

Zondervan Books and Thomas Nelson Publishers, the country’s two largest producers of Bibles, are both owned by parent company HarperCollins which had previously warned the administration that a continued trade war with China would amount to a “Bible tax.” HarperCollins is in turn owned by Rupert Murdoch‘s News Corp.  (Zondervan, ironically, has distanced itself from Murdoch’s past ethical troubles, saying it operates with “autonomy.”)

Together, Zondervan and Thomas Nelson share nearly 40-percent of the American Bible market but incur close to 75 percent of their manufacturing expenses in China.

“We believe the Administration was unaware of the potential negative impact these proposed tariffs would have on the publishing industry generally, and that it never intended to impose a ‘Bible Tax’ on consumers and religious organizations,” said president of HarperCollins Christian Publishing Mark Schoenwald in a written statement to the Washington Post last month.

“However, if printed books, including Bibles are not removed from the fourth list of products from China to be subject to tariffs and the tariffs go into effect, publishers will reduce investment in their businesses, consumers and religious organizations will face higher prices, and churches, schools, ministries, and nonprofit organizations will have fewer resources to educate others and connect them with the Holy Bible,” Schoenwald said.

While the removal of faith-based texts is a win the religious community, there is still a wide range of literature that remains subject to tariffs.

Maria A. Pallante, president and CEO of the Association of American Publishers (AAP), on Tuesday said that the AAP was pleased with the news, but he added that any tariff on books was akin to a tax on information.

“We remain deeply concerned that a wide range of other books remain on the list, including American fiction and nonfiction books; art books; textbooks; dictionaries and encyclopedias; and technical, scientific and professional books,” Pallante said in a press release. “A tariff on books is a tax on information, and at odds with longstanding US policy of not imposing tariffs on educational, scientific and cultural materials.”

Law&Crime has reached out to the USTR regarding why religious literature was exempted while other books remained subject to Chinese tariffs. If we receive a response, this piece will be updated accordingly.