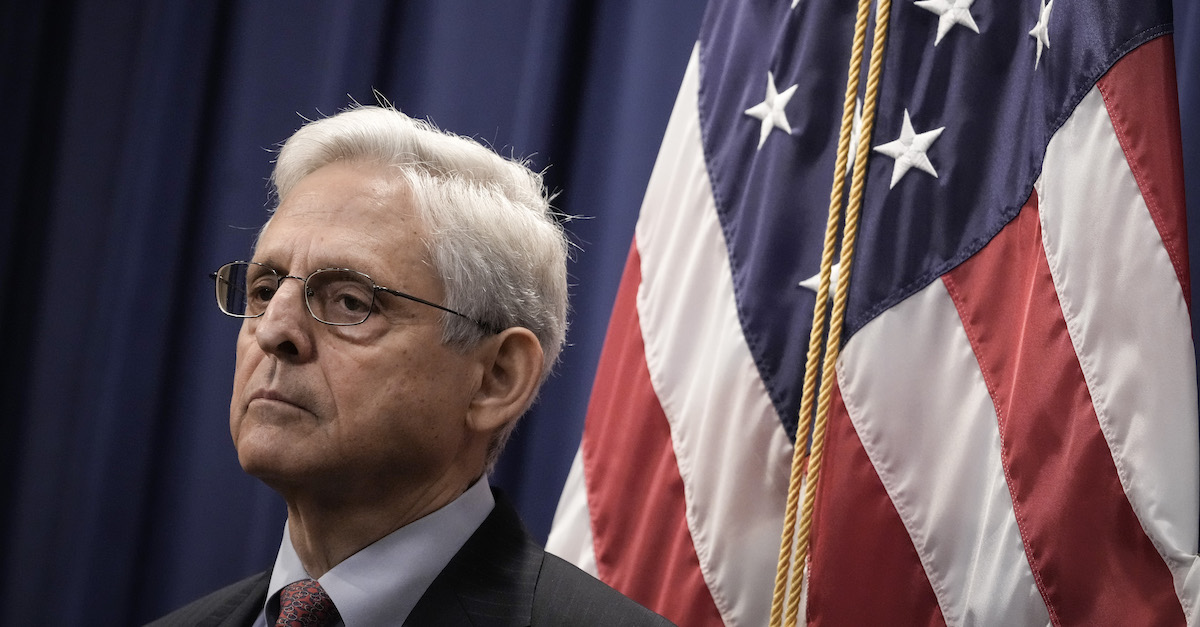 Attorney General Merrick Garland has appointed a longtime Justice Department veteran and war crimes prosecutor Jack Smith as special counsel to make the weighty decision over whether to charge Donald Trump with crimes.

Smith, soon to be returning back to the United States from the Hague, vowed to pursue a speedy and impartial investigation.

“I intend to conduct the assigned investigations, and any prosecutions that may result from them, independently and in the best traditions of the Department of Justice,” he affirmed in a statement. “The pace of the investigations will not pause or flag under my watch. I will exercise independent judgement and will move the investigations forward expeditiously and thoroughly to whatever outcome the facts and the law dictate.”

First reported by the Wall Street Journal, the special counsel investigation will be two-fold: Smith will determine whether to charge Trump with offenses related to his handling of classified materials and alleged efforts to disrupt the lawful transfer of power. Garland said that Trump’s recent announcement of his decision to run for president again factored into his decision. The development signals Garland’s intentions to try to insulate the Justice Department from accusations of political bias in an historic decision: whether to proceed with the first criminal prosecution of a former U.S. president.

“Based on recent developments, including the former President’s announcement that he is a candidate for President in the next election, and the sitting President’s stated intention to be a candidate as well, I have concluded that it is in the public interest to appoint a special counsel,” Garland said. “Such an appointment underscores the Department’s commitment to both independence and accountability in particularly sensitive matters. It also allows prosecutors and agents to continue their work expeditiously, and to make decisions indisputably guided only by the facts and the law.”

Trump and his allies have, without evidence, accused Garland of a political vendetta ever since the FBI searched Mar-a-Lago in August pursuant to a court-authorized warrant. The warrant showed that authorities suspected violations of the Espionage Act, obstruction of justice, and concealment and removal of government records.

The FBI seized more than 11,000 documents from Mar-a-Lago, more than a 100 of which bore classification markings up to “Top Secret” and higher. Trump tried to stop authorities from using them for their ongoing investigation, initially succeeding inside the courtroom of his appointee: U.S. District Judge Aileen Cannon.

On appeal, the 11th Circuit overruled Cannon’s order as to the classified documents, and the three-judge panel is currently considering whether to vacate her order appointing a special master and pausing the investigation as to the thousands of documents without classification markings. That special master privilege review, undertaken by Senior U.S. District Judge Raymond Dearie, is ongoing and has slowed the government’s investigation.

Critics argue that having a special counsel decide whether to charge Trump criminal spells further delay, which could send a possible prosecution deeper into the campaign season. Garland addressed that criticism head-on, telling reporters that the special counsel’s appointment “will not slow” the conclusion of the investigations. The attorney general added that he has confidence that Smith will perform his job in an “even-handed and urgent manner.”

Before joining the Justice Department, Smith worked in the Manhattan District Attorney’s Office, well before that law enforcement agency turned its sights on the Trump Organization, which is now on trial for fraud. Smith is currently in the Hague, Netherlands, serving as the chief prosecutor charged with investigating and adjudicating war crimes in Kosovo.

Smith has resigned from that position and will be returning to the United States.

“He now essentially has his own personal prosecutor,” said Epner, who is now a partner at Rottenberg Lipman Rich PC.

He added that he’d expect Trump to “demonize” anyone appointed to the position, just as he did Robert Mueller, the special counsel behind the Russia investigation.

Garland made his announcement at Main Justice shortly after the press conference’s anticipated start time of 2:15 p.m. Eastern Time.