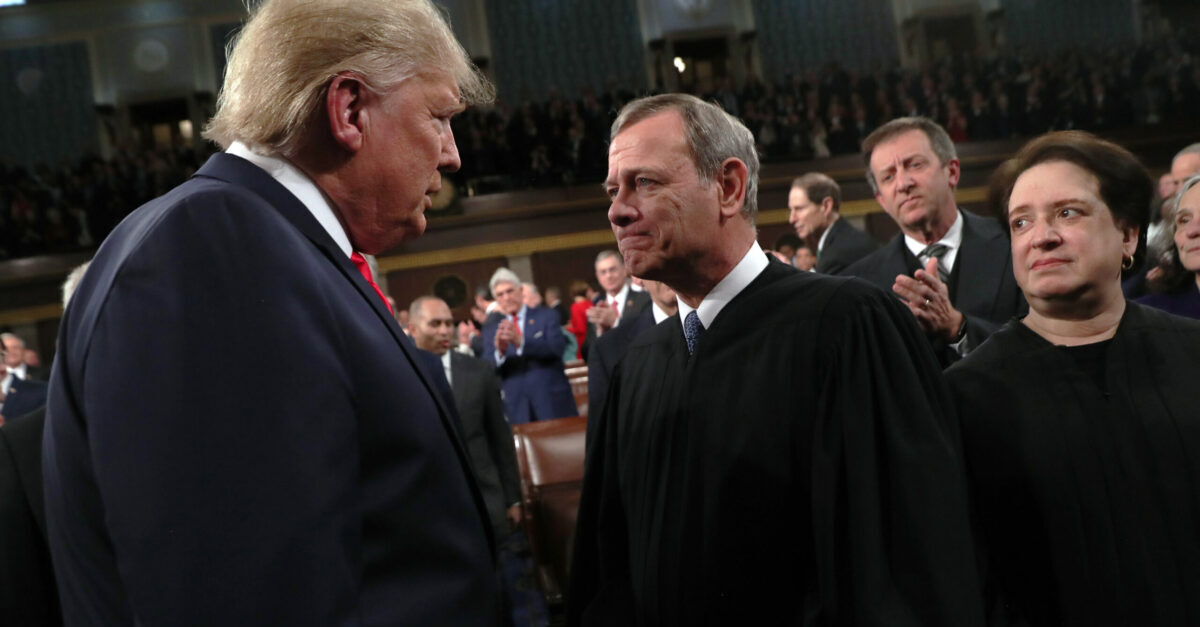 The U.S. Supreme Court, in a brief one-page order on Friday, granted Manhattan District Attorney Cy Vance’s request for the high court to immediately send the judgment in Trump v. Vance to the lower courts, putting the ruling into effect. 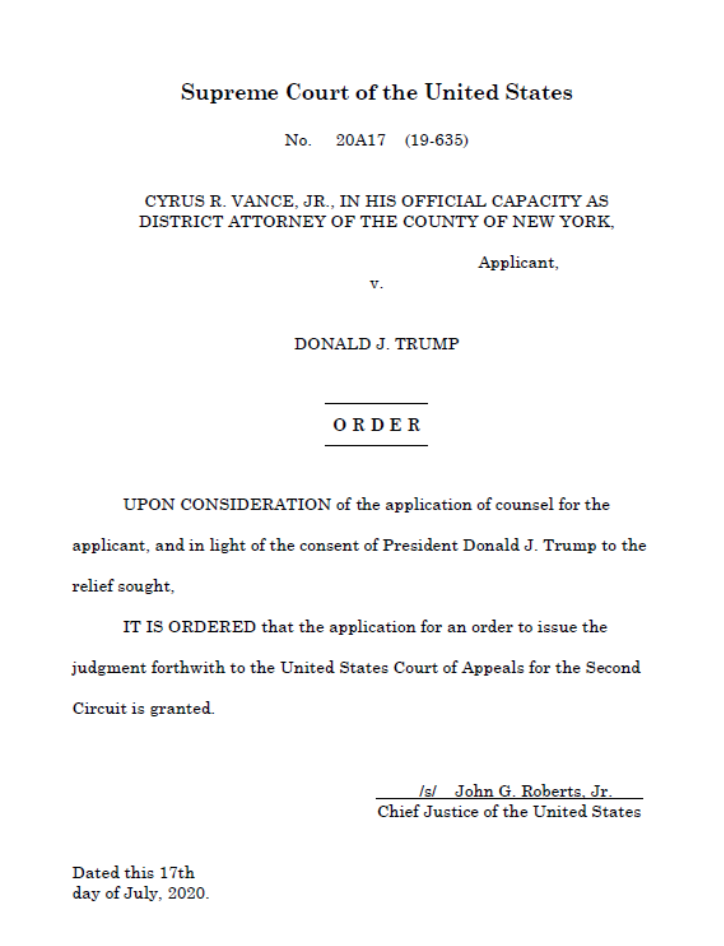 The Supreme Court case, which was decided last Thursday, held that President Donald Trump is not absolutely immune to the state criminal process. The litigation arose after Vance subpoenaed Trump’s finance firm for tax records, as part of a grand jury investigation.

U.S. District Judge Victor Marrero didn’t waste any time restarting the case after the Supreme Court ruling, ordering both the Manhattan DA and Trump lawyers to submit summaries of arguments.

The Manhattan DA’s Office made sweeping assertions of its own during a Thursday hearing—a hearing that provided a clearer image of the road ahead. Trump lawyers are expected to raise anti-subpoena arguments in an amended complaint by July 27; Vance will then have until August 3 to file a motion to dismiss. Final briefs in the case are due by August 14.

Prosecutors in the Manhattan DA’s Office have stressed that time is of the essence, warning that “issues could arise in the near future concerning the applicable statutes of limitations” due to the “age of many of the transactions at issue in the grand jury’s investigation.”