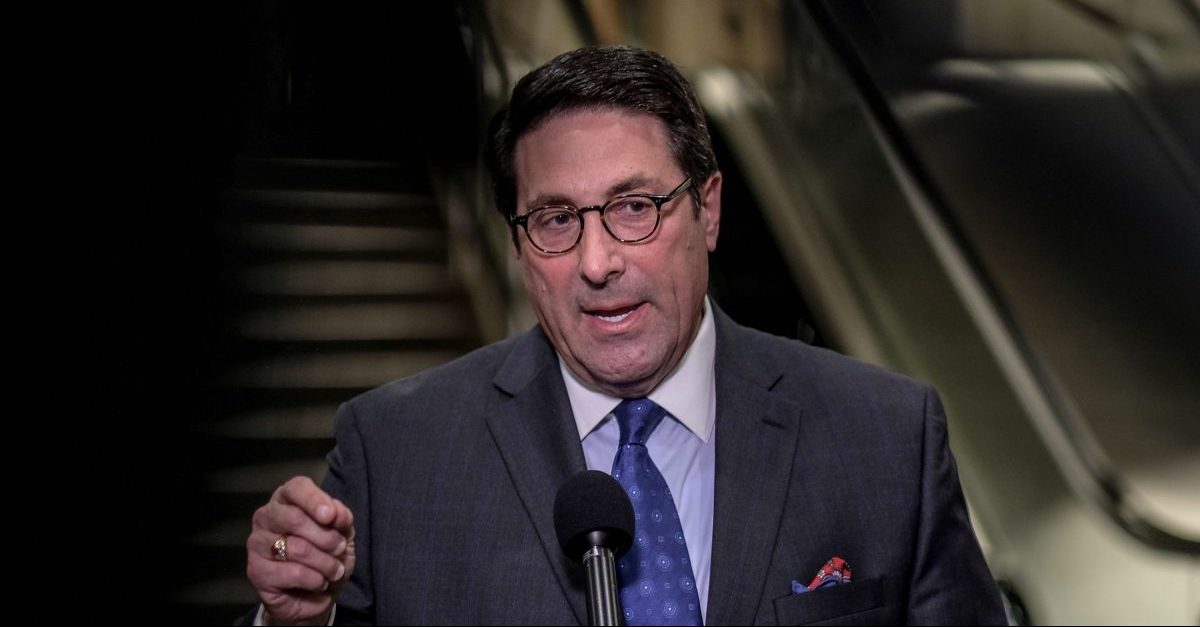 Attorney Jay Sekulow, who made a name pressing conservative religious cases through the courts before representing President Donald Trump personally, argued on Tuesday that Trump can’t be bothered with lawsuits because Trump is too busy managing the novel coronavirus pandemic.

Sekulow made the comments during oral arguments before the U.S. Supreme Court in a case which will determine whether District Attorney Cyrus Vance, Jr., of New York County, can subpoena Trump’s tax returns.

In response to questions from Justice Ruth Bader Ginsburg, Sekulow advocated for strong protections against litigation by the president while he is in office. Sekulow suggested the litigation would be a burden.

“A president is not to be treated as an ordinary citizen; he has responsibilities; he is himself a branch of government; he is the only individual that is a branch of government in our federal system,” Sekulow said. “Our position is that the Constitution itself, both in structure and text, supports the position that the president would be temporarily immune from this activity from a state proceeding while he is the President of the United States.”

Chief Justice John Roberts tried to shut things down at that point; Ginsburg, however, interjected the notion that Trump would be, in essence, above many laws while he is in office: “Every man’s evidence excludes the president?”

Justice Stephen Breyer brought up the Clinton v. Jones litigation as a historical example and raised questions about the volume of lawsuits presidents may face; however, Breyer dismissed those concerns with this procedural tactic: “there might be a million, I don’t know, tens of thousands of people who might bring lawsuits; perhaps all of them are unfounded, but they could file the paper.” Breyer wanted to know why “ordinary standards” — where people can file objections to subpoenas — would not work here. Breyer’s standard would allow each defendant — a surgeon; a salesman; the president, he hypothesized — to file his own undue burden arguments to individual lawsuits. Breyer said this was the standard of Clinton v. Jones.

Sekulow said that wouldn’t work. “By the time you were to prepare, review, analyze the various requests, just in these two — three cases we have today, shows the burdensome nature; and then to require the President of the United States . . . that burden is being met just by us being here. To require the president to reply to each and every state district attorney that would like to . . . ”

“I think doing that establishes the problem . . . with a case by case analysis,” Sekulow retorted, suggesting that he would need to meet with the president for each and every case filed — and there could be infinite cases filed. This case, he said, serves as a perfect example of the chaos that could play out.

“You would have to meet with the President of the United States. I mean, could you imagine, just for a moment, Justice Breyer . . . ” Sekulow said, trailing off for a second and then firming up his argument. “Let’s assume that the president were to hire me, that I’m going to call the President of the United States, today, and say, ‘I know you’re handling a pandemic right now for the United States, but I need to spend a couple of — two to three hours with you — going over a subpoena of documents that are wanted by, here, the New York County District Attorney. I know you’re busy, but . . . ‘”

Roberts cut Sekulow off and moved on to questions from Justice Alito.

What Sekulow, of course, did not talk about was that Trump apparently does have enough time on his hands to trash MSNBC’s Joe Scarborough, to complain about the “lamestream” media, to call for NBC’s Chuck Todd to be fired, and to rant about the Michael Flynn case. Nor did Sekulow mention golf outings and rallies.