“Unfortunately, many questions and concerns have arisen regarding, among other things, the communications between and actions taken by the District Attorneys of the Brunswick and Waycross Circuits. As a result, we have requested the GBI to review in order to determine whether the process was undermined in any way,” Carr said in a statement Tuesday.

The letter, which you can read below in full, made clear that this request was about investigating possible prosecutorial misconduct or “other crimes”:

I am writing to request that the GBI open an investigation into a case involving possible prosecutorial misconduct by the offices of the District Attorneys of the Brunswick and Waycross Judicial Circuits. The Attorney General is concerned that the actions of these offices in possibly misrepresenting or failing to disclose information during the process of appointing a conflict prosecutor to investigate the death of Ahmaud Arbery may have constituted unprofessional conduct under O.C.G.A. § 45-11-4 or other crimes. 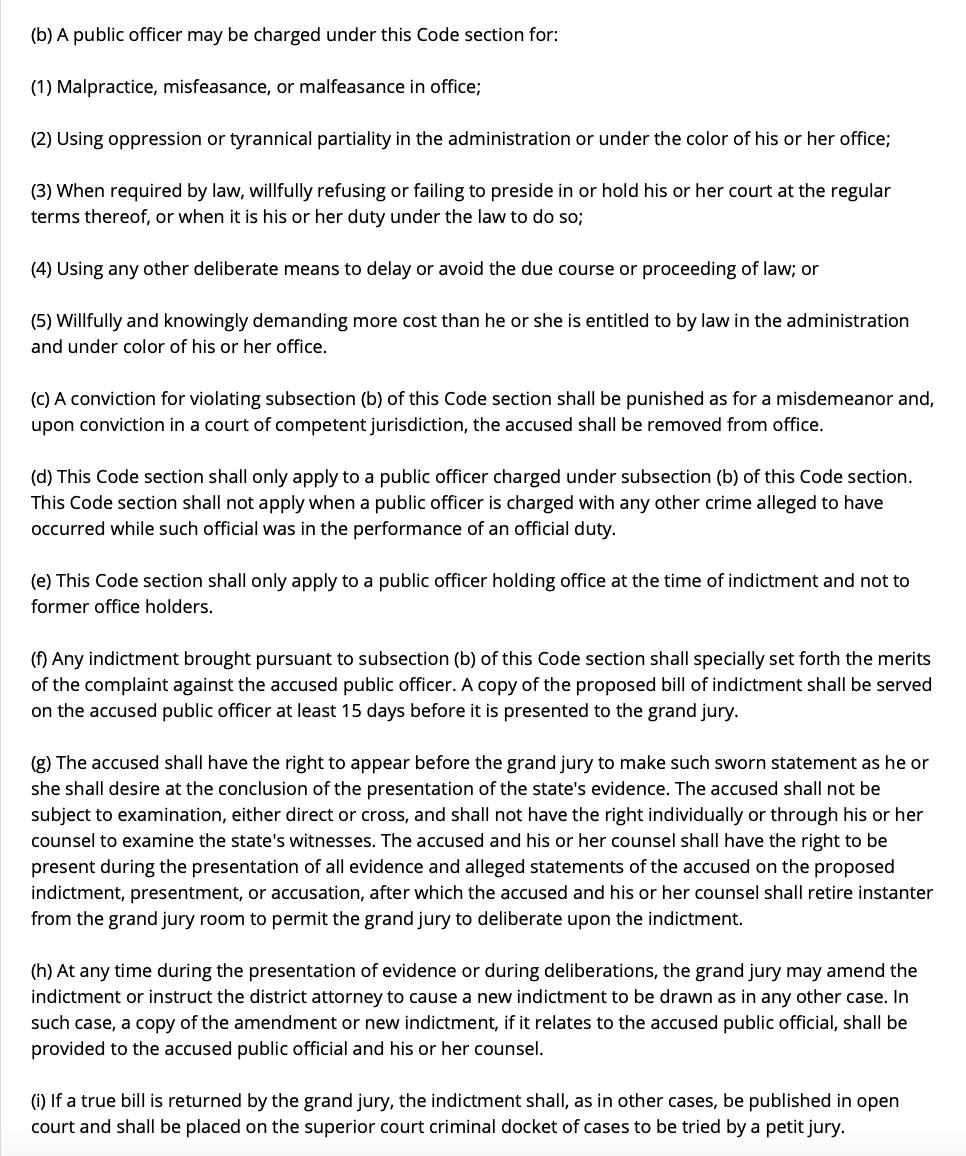 Arbery, who is black, was shot and killed on Feb. 23 by Gregory McMichael and his son Travis McMichael, both of whom are white. However, the two men were not arrested until last week, when a video capturing the homicide was posted online, sparking outrage within the community that quickly reverberated throughout the nation.

Following the shooting, Gregory McMichael, a retired police officer who also worked as an investigator with a DA’s office, told authorities he believed Arbery resembled a suspect in a series of local break-ins and that Arbery attacked Travis, his son, when they confronted him.

The first prosecutor assigned to the case, District Attorney Jackie Johnson of Brunswick, recused herself because Gregory McMichael had previously been employed as an investigator by her office. County commissioners have claimed that Johnson’s office stopped arrests from happening.

But Barnhill soon learned that he too had a conflict of interest, as his son had previously worked with McMichael on a prosecution involving Arbery. However, Barnhill held on to the case for several weeks before writing a letter to AG Carr citing his son’s involvement and requesting another prosecutor.

But according to the AG’s request to the GBI, Barnhill failed to disclose that he had already weighed in on the case with law enforcement.

“Unknown and undisclosed to the Attorney General, however, Mr. Barnhill had already provided an opinion to the Glynn County Police Department on February 24, 2020, that he did not see grounds for the arrest of any of the individuals involved in Mr. Arbery’s death,” Carr wrote in his request to the GBI. “He additionally stated his opinion to the Glynn County Police Department in writing that there was insufficient probable cause to make any arrests in the case and that he would be asking the Attorney General to appoint another prosecutor.”

In a statement released through their attorneys, Arbery’s parents praised Carr’s requests for further investigation of the circumstances surrounding their son’s homicide.

“We are pleased that Georgia AG Chris Carr has officially asked the Dept. of Justice to investigate the handling, and potential cover-up, of Ahmaud Arbery’s murder,” S. Lee Merritt, Benjamin Crump and L. Chris Stewart wrote. “There are far too many questions about how this case was handled and why it took 74 days for two of the killers to be arrested and charged in Mr. Arbery’s death.”