Deshaun Watson Filing Claims All 22 Women Who Have Accused Him Are Lying, Blasts Ashley Solis as ‘Prototype’ for ‘Assembly Line of Similar Allegations’ 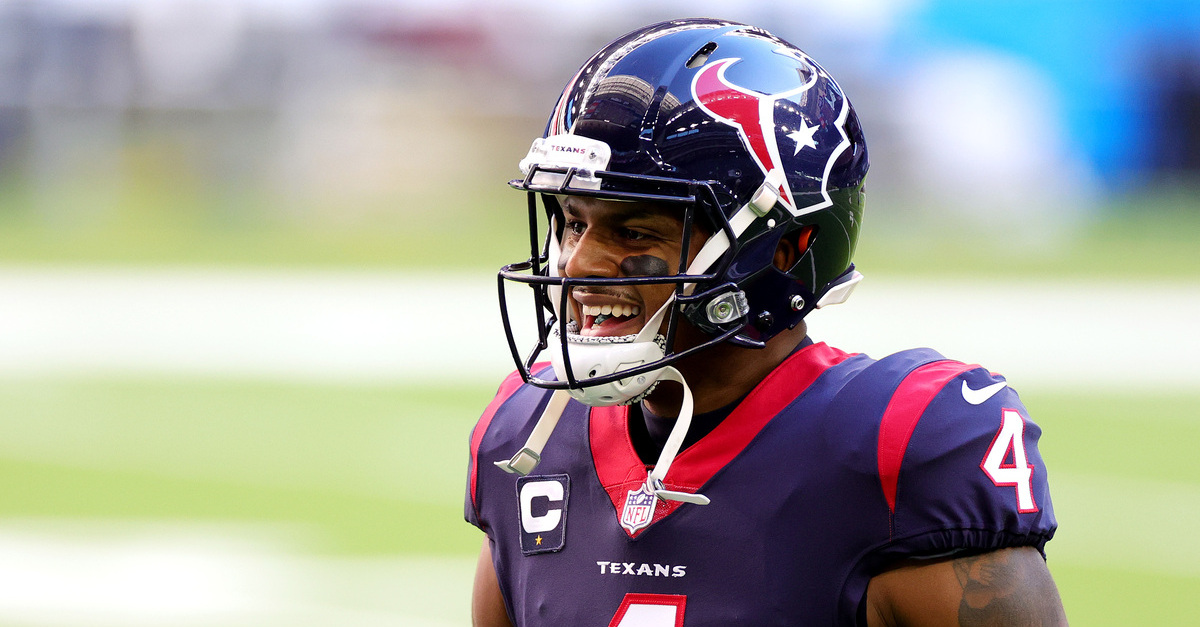 Houston Texans star quarterback Deshaun Watson filed a formal response to the 22 women who have accused him of sexual misconduct in various civil lawsuits on Monday. Those women, the beleaguered NFL player claims, are all lying for money.

“Today we answered the lawsuits filed against our client Deshaun Watson,” Watson’s attorney Rusty Hardin said in a statement. “Mr. Watson has been adamant that he did not engage in any improper conduct and we strongly believe him. Therefore, the answer to the question of whether we are saying that all 22 plaintiffs are lying about the allegations of sexual misconduct by Mr. Watson is a resounding yes.”

Watson’s filing begins with a categorical denial of the claims against him. This denial is framed as a form of respect for what he says are valid instances of women coming forward in the post-MeToo era.

“[H]e and his defense team have insisted that they adamantly oppose, condemn, and disapprove of any type of sexual misconduct against women,” the document says at the outset. “Legitimate claims should be reported to authorities, taken seriously, and their proponents treated respectfully.”

But, Watson says, not one of his accusers are among the truthful.

“[I]in the few days since Mr. Watson has learned the identity of his accusers, his legal team has already uncovered evidence that numerous allegations in this onslaught of cases are simply not true or accurate,” the filing continues before launching into a laundry list of accusations aimed at the 22 accusers’ credibility.

According to the document, eight “plaintiffs bragged about, praised, and were excited about massaging Mr. Watson” following the disputed massage therapy sessions, seven plaintiffs worked with Watson again or expressed an interest in doing so, three allegedly “lied about the number of sessions they actually had” with the NFL star, five allegedly “told others” they were looking to “get money out of” Watson and a final five “scrubbed or entirely deleted their social media accounts.”

The filing goes into detail about each alleged irregularity between the alleged victims’ claims and Watson’s own understanding.

According to Watson, one of the plaintiffs “bragged to friends and family members about massaging” the quarterback and “that she thinks he is a kind person.” Another plaintiff, according to a security guard at a spa, “was happy and laughing after her interactions” with Watson and was so “excited” by the opportunity, the document claims, that she “did not want any other therapist to work on him.”

Ashley Solis is the only woman who has spoken publicly so far.

In his answer, Watson attempts to rubbish her claims as the mold for a broader series of payouts premised on cynical and intentional misunderstandings of his massage therapy sessions.

It was not until the plaintiffs saw an opportunity for a money grab that they changed their stories to convert therapy sessions they bragged about to friends and family to something much more nefarious. Innocent questions about whether the therapists were comfortable with the therapy Mr. Watson sought evolved into sexual inuendo that the plaintiffs used to bolster their claims for money. For example, in the first lawsuit filed, Plaintiff Ashley Solis implies that Mr. Watson’s question—asking if she “was comfortable with certain areas [his] organization is making him get worked on”—was somehow sexually suggestive. That same question, however, posed to a therapist not seeking to exploit Mr. Watson, was perceived as it was intended: a legitimate therapeutic inquiry. Ms. Solis’s skewed perception of Mr. Watson’s legitimate and innocent query became a prototype for the assembly line of similar allegations in subsequent lawsuits.

“Solis claimed that she was not filing suit for monetary reasons but rather because ‘[t]his is about having [her] voice heard. It is about having other survivor’s voices heard,'” the document continues. “Belying her assertion though, Ms. Solis would have abandoned her voice and being the voice of other alleged ‘survivors’ if Mr. Watson would agree to pay her $100,000.”

“These lawsuits are replete with mischaracterizations of Mr. Watson’s conduct,” the filing claims. “These range from being misleading, to fraudulent, to slanderous. Importantly, only two of the twenty-two lawsuits allege that Mr. Watson forced any type of sexual activity—an allegation Mr. Watson again vehemently denies.”

“As fully anticipated and despite his lawyer’s previous statements, Deshaun Watson’s only defense is to call these brave women liars,” Buzbee said in a statement. “The weak and vague allegations made in Defendant’s response are demonstrably false. Watson can’t deny he sought out an unusually high number of women for massages on Instagram; he doesn’t deny he insisted on being nude or nearly nude; he can’t deny the massage sessions occurred; he can’t deny he wanted more than a ‘massage’; and he hasn’t credibly denied that something bad happened during the session — he instead claims that any sexual acts were consensual. Of course his definition of ‘consent’ doesn’t comport with that of everyone else. I have faith that the court process will sort out the truth as these matters progress.”

A total of 23 women have filed lawsuits against the eager-to-be-traded quarterback but the 23rd woman recently withdrew her complaint citing safety and privacy concerns.