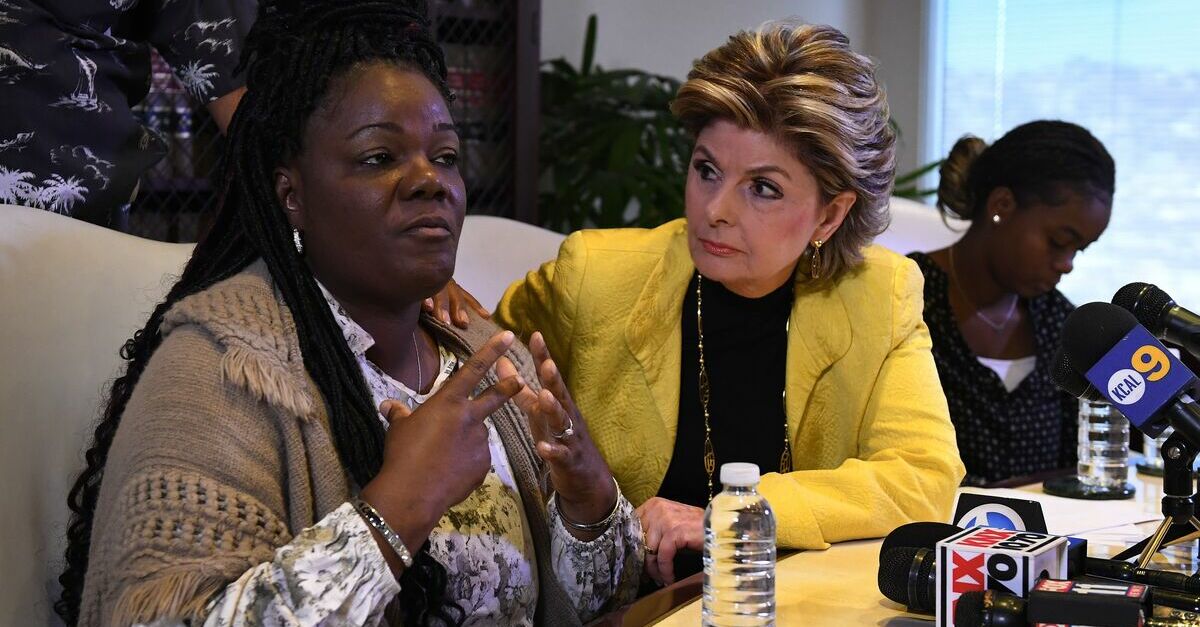 Essie Grundy (L) sits beside attorney Gloria Allred as they announce their race discrimination lawsuit against retail giant Walmart in Los Angeles, California on January 26, 2018. Essie claims that on a shopping trip to her local Walmart she discovered that all the hair products used specifically by African Americans were locked away in glass anti-theft cabinets, whereas all hair products used by others were left on open shelves.

After more than two weeks of international protests over George Floyd’s death, Walmart has decided that it will no lock African American hair care and beauty products behind glass. Despite the retail superchain having to defend a major lawsuit last year, it waited until June 10 to end the practice.

Anyone else realize Walmart first put cameras near the “ethnic” products before the rest of the beauty products of was it just me 🙃 https://t.co/saMevl5H6X

In January 2018, Essie Grundy filed a lawsuit against Walmart based on race-based discrimination. Grundy had been shopping in a California Walmart and noticed that hair and body products meant for African Americans were locked behind glass shelves and segregated from other similar products. In order to touch the products or read the ingredients, a Walmart staff member needed to unlock a glass case. If she wanted to purchase the products, she needed to be escorted to the cash register to do so.

Grundy spoke to a manager, and explained how the policy made her feel shocked and embarrassed; that manager told her that he had no control over the discriminatory policy – because it had been a directive from corporate headquarters. Despite her feelings, Grundy continued to shop at that Walmart. Each time, it was the same story; if she wanted to buy “ethnic” hair care products – even a 48-cent comb — an employee needed to unlock the cabinet and escort Grundy to the register.

Grundy sued. And it wasn’t just any lawsuit. It was a claim under California’s Unruh Civil Rights Act, in which Grundy and eventually several other plaintiffs were represented by well-known civil rights attorney Gloria Allred.

As the litigation progressed, Walmart doubled down on its position, saying that the policy was, “not specific to any one demo versus another,” and explaining that it was a data-driven measure, necessary to prevent shoplifting.

Grundy asked for $4,000 in damages, as well as a permanent injunction against Walmart to stop the practice. Walmart’s official position was, “We do not tolerate discrimination of any kind at Walmart.” The lawsuit settled out of court in late 2019,  but Walmart continued to lock away African American personal care products.

In the wake of George Floyd’s death, nationwide protests and seemingly unending statements of racial solidarity from American retailers, Walmart announced Wednesday that it would finally discontinue the policy that had been the subject of Grundy’s lawsuit. It also posted on social media about the accomplishments of a black employee. The company said it was “introducing a series to better highlight Black and African American experiences and voices in our community.”

Today, we’re introducing a series to better highlight Black and African American experiences and voices in our community. Meet Chris, a natural leader with a passion for teamwork, who worked his way up from intern to new store manager of Walmart Montgomery. Congrats, Chris. pic.twitter.com/IIJOXi8AjY