President Donald Trump on Thursday morning called the United States Secret Service the “S.S.” in a tweet which praising multiple law enforcement agencies for doing a “great job” handling “protesters, agitators” and “anarchists,” including “ANTIFA,” around the White House.

The Secret Service’s appropriate abbreviation is “U.S.S.S.”  The agency generally calls itself the “U.S. Secret Service” in press releases.

The “S.S.” reference immediately conjured links to the Nazi Schutzstaffel, which translates to English as “protection squadron” and which is abbreviated “SS.” The Nazi SS under Adolf Hitler is considered one of the most terroristic paramilitary groups of the World War II era.

Trump’s 280-character tweet (yes, we counted) is below. The 2020 character limit for a tweet is exactly 280 characters. 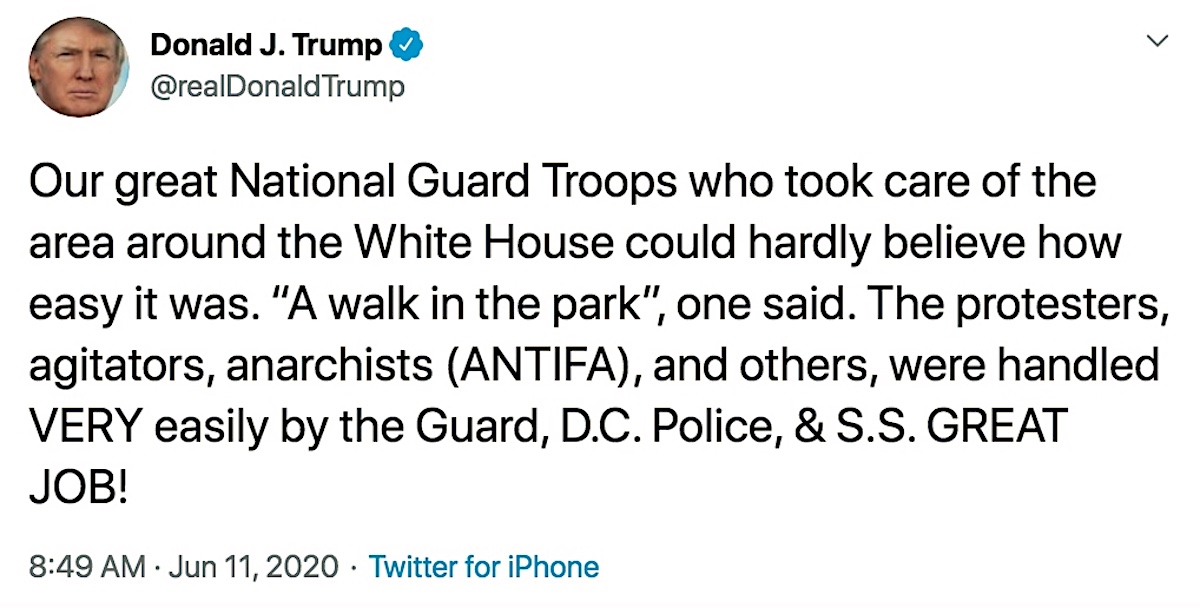 Trump’s choice of abbreviation drew immediate backlash from those who believed there surely was a better way for the president to reference the “U.S. Secret Service.”  Other words in the president’s tweet could have been abbreviated other ways:  “Nat’l” and “W.H.” are two obvious and possible examples.

Below is a roundup of some of the “that really just happened” reaction.

The SS were Nazis. Please don’t use that acronym ever again when describing the Secret Service. https://t.co/YWR5g1AJ3Y

As many on the Twitter are noting, we did nazi SS coming. https://t.co/IBNgZL5ZcI

Who had “Donald Trump refers to the secret service as the SS” on their bingo card? pic.twitter.com/cMDFf1iEwa