GOP Lawmaker Asked if ‘Colored Population’ Does Not ‘Wash Their Hands as Well as Other Groups.’ He’s Also a Doctor. 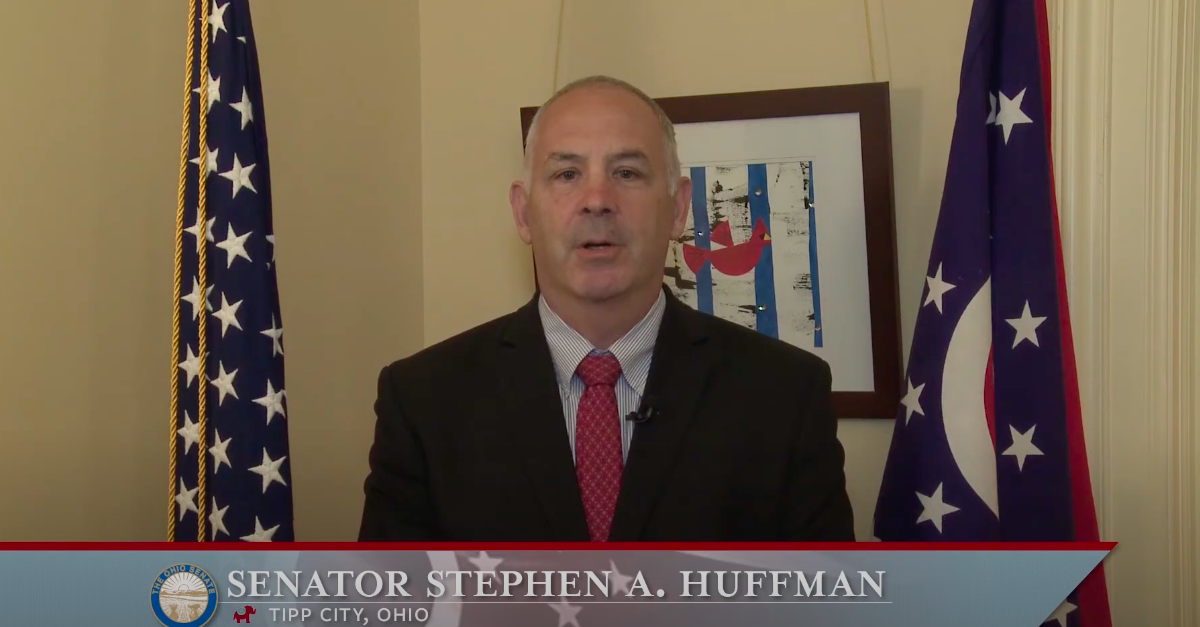 During a hearing on whether to declare racism a public health crisis, a GOP state senator in Ohio wondered out loud about the reasons minority populations have been hit harder by the novel coronavirus. One of the questions he posed: whether “African Americans – the colored population — do not wash their hands as well as other groups?”

According to the Dayton Daily News, Republican state Sen. Stephen A. Huffman, who is also an emergency room physician in Tipp City, was discussing the situation with the executive director of the Ohio Commission on Minority Health Angela Dawson when he made the comments.

“I understand that African Americans have a higher incidence of prior conditions and that makes them more susceptible to COVID, but does not make them more susceptible just to get COVID,” Huffman said. “We know it’s twice as often, correct? Could it just be that African Americans – the colored population — do not wash their hands as well as other groups? Or wear a mask? Or do not socially distance themselves? Could that just be maybe the explanation of why there’s a higher incidence?”

Dawson, who is black, immediately pointed out that Huffman’s suggestion contradicted the opinions of “leading medical experts in this country.

Democratic Rep. Stephanie Howse, the president of the Ohio Legislative Black Caucus, said the term “colored” is associated with segregation and Jim Crow laws and is almost universally considered offensive in contemporary society, adding that the stereotype “black people are dirty” has been used to justify black oppression for centuries, according to the Columbus Dispatch.

“When we talk about the internalized racism that is deeply ingrained in our institutions and the obstacles black Americans face in ever achieving meaningful change, this is exactly what we are talking about,” Howse said in a statement early Thursday morning. “The fact that a well-educated legislator, a Vice Chair of the Health Committee and a practicing medical doctor would, in a public setting, nonchalantly use such antiquated terminology paired with a hurtful, racist stereotype all in one breath reflects how unconscious this problem of racism is for too many.”

“Regrettably, I asked a question in an unintentionally awkward way that was perceived as hurtful and was exactly the opposite of what I meant. I was trying to focus on why COVID-19 affects people of color at a higher rate since we really do not know all the reasons,” he said.

Dayton’s Democratic Mayor Nan Whaley, said, “This is Dayton’s state senator. This is racist and unacceptable.”