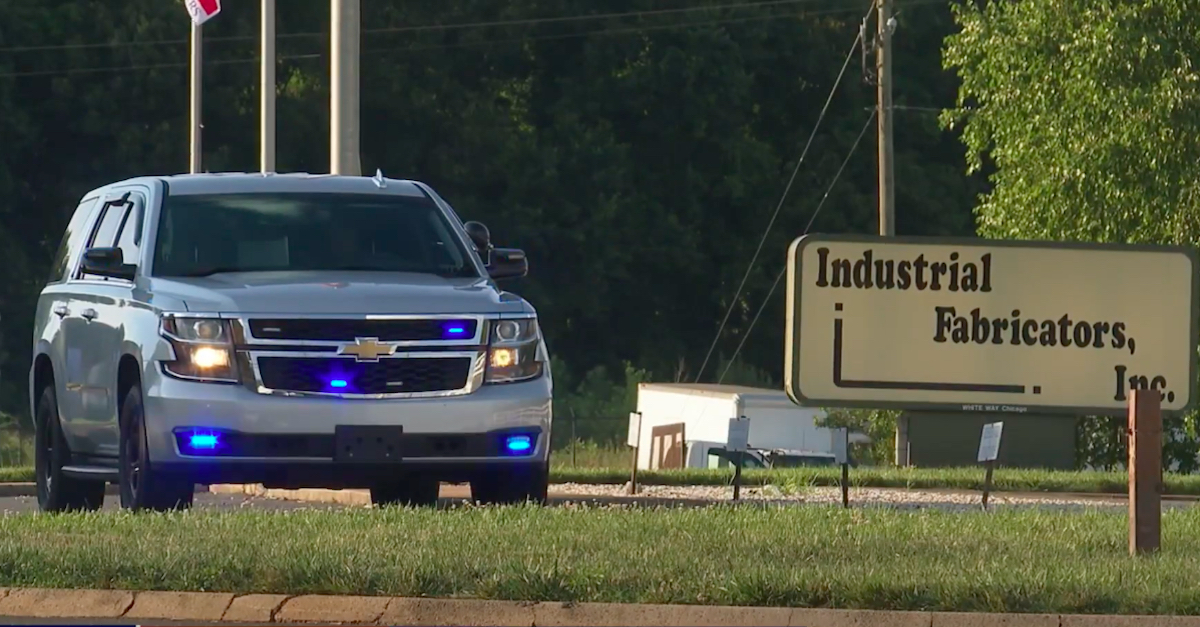 Police investigating a toddler found dead in a car outside of Industrial Fabricators, Inc.

Law enforcement authorities in North Carolina said that a 2-year-old child who found dead inside of a car parked next to an industrial factory is being treated as a homicide, several local news outlets reported this week.

The Gaston County Police Department responded to a call from a concerned citizen and discovered the toddler at approximately 4:11 p.m. in a vehicle parked in the Industrial Fabricators Inc. parking lot at 4328 York Highway, the department said in a statement issued Thursday.

“The reporting person advised that the toddler had been inside the vehicle for an extensive period,” police said. “Upon arrival, Officers performed lifesaving measures but were unsuccessful. The child was pronounced deceased on scene by Gaston County Medical Personnel.”

The toddler’s body was then transported to the Mecklenburg County Medical Examiner’s Office for an autopsy.  The identity of the child has not been released.

The department said it is continuing to investigate the circumstances surrounding the child’s death; it’s asking anyone with information to call the detective in charge.

Speaking to reporters about the incident on Friday, Gaston County Police Capt. Billy Downey said the child’s death appears to be the result of a “tragic accident.”

“At this point it looks like it is an accident, but unfortunately because of the situation and the circumstances we have to look into it,” Downey said, presumably referring to an adult forgetting the child had been in the car. “One thing I would caution people—especially parents of small children—if you have a routine stick with that routine. If something changes your routine, make sure that you check everything. We all get in a hurry. We all make mistakes. Things happen. But just always double-check and make sure you’re not leaving a child in the car.

No charges have been filed in the case and police had not interviewed the child’s parents, at least one of whom works at the factory, or any other factory workers as of Friday evening, local outlet WSOC-TV reported.

“It’s been hard on everyone here,” Capt. Downey said. “I’ve spoken with Human Resources. They’re trying to do what they can to provide resources. We’ve offered resources as well.”

Amber Rollins, director of Kids and Car Safety, on Friday said that lawmakers should be doing more to prevent the avoidable deaths of young children.

“The technology exists to prevent these unthinkable tragedies,” she said, a reference to in-car radar systems that can detect when a baby is left in a car. “What are we waiting for?”

It is unclear whether the authorities are considering filing charges.