Marilyn Manson Agreed to Turn Himself in: Police 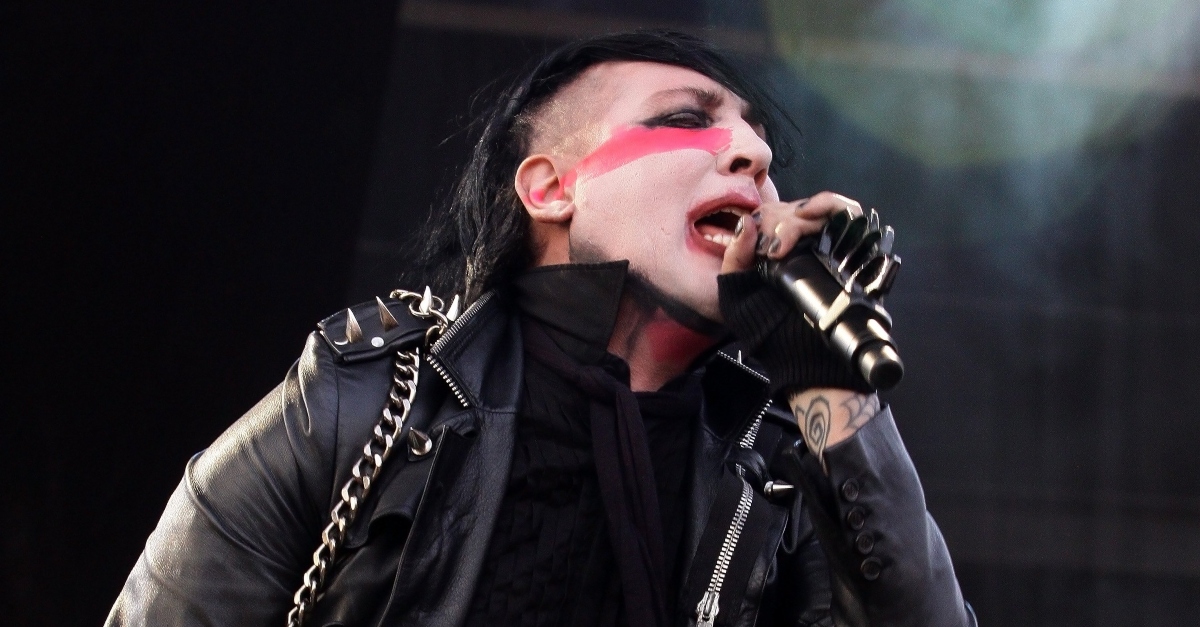 Attorneys for provocateur musician Brian Hugh Warner (aka Marilyn Manson) reached an agreement for him to surrender in an assault case, say cops in New Hampshire. The plan was for him to surrender to law enforcement in Los Angeles, California, according to Gilford Police Chief Anthony Bean Burpee in a statement to Law&Crime.

“Our in-house Prosecutor has reached an agreement with Mr. Warner’s attorneys for him to turn himself in on the warrant in Los Angeles,” Burpee wrote. “Our Prosecutor has also spoken with a Detective at the Los Angeles Police Department in order to walk him through the process of what needs to take place regarding the processing of paperwork once Mr. Warner turns himself in.”

Cops in Gilford, New Hampshire said in May that Warner committed “assaults” against a videographer working at one of his concerts on August 18, 2019. Officers made clear these allegations were not sexual. Warner has been facing an array of claims he sexually assaulted multiple women in his life, including his former fiancée the actress Evan Rachel Wood. Manson groomed her when she was a teenager, and “horrifically abused me for years,” she has said. In a lawsuit, actress Esmé Bianco asserted the musician engaged in a years-long campaign of control and abuse, in one instance cutting her without her consent with a Nazi knife during sex. Possible criminal trouble loomed for Warner amid all this. The Los Angeles Sheriff’s Department announced in February that they were investigating the singer for domestic violence.

But the New Hampshire case has nothing to do with this. Gilford police said in May that Warner, his agent and attorney knew about the warrant, but made “no effect” to return to New Hampshire. His arrest appears pending Sunday morning, and Los Angeles police did not immediately respond to a Law&Crime request for comment.

“We have been in a holding pattern as Mr. Warner has a NH attorney who has been coordinating with his west coast attorney and publicist,” Burpee wrote. “Therefore, we are simply looking for Mr. Warner to turn himself in on the active warrant so that we can proceed.”

Manson attorney Howard E. King did not immediately respond to a Law&Crime request for comment. Last month he said the assault allegation was “ludicrous,” and that they are committed to cooperating, according to NBC News.

Manson pleaded no contest in 2002 for allegedly grinding against a male security guard’s head while only wearing a thong and pantyhose. A Michigan judge reportedly ordered him to pay a total of $4,000 in fines and costs. He settled the related lawsuit in 2004.