Two Former California Cops Pulled Over Suspects, Took their Drugs and Cash, and Pocketed the Loot For Themselves: Feds 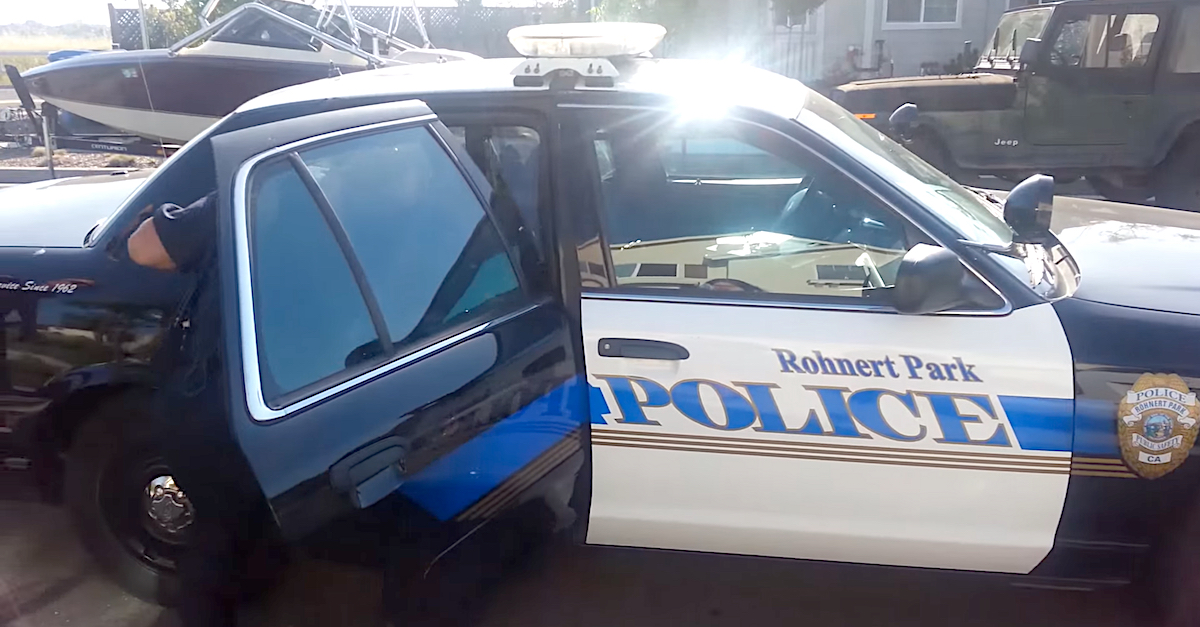 The U.S. Department of Justice on Friday announced charges against two police officers accused of conspiring to extort money, property, and even drugs from suspects pulled over on a California highway.

According to an originally sealed criminal complaint filed March 9 in the Northern District of California, officers Brendon Jacy Tatum of Santa Rosa and Joseph Huffaker of Rohnert Park were “assigned to drug interdiction work” for the City of Rohnert Park Department of Public Safety.  However, when that team was disbanded due to changes in California marijuana law, the officers allegedly began impersonating agents with the federal Bureau of Alcohol, Tobacco, Firearms, and Explosives (ATF) and continuing to pull people over. Rather than make arrests, refer charges to prosecutors, or log seized evidence into a county lockup, the two are alleged to have pocketed the proceeds for themselves.

Tatum is accused of extorting “at least $3,700 in cash and 60 pounds of marijuana with a value of at least $85,000” in December 2017, a criminal complaint says. Huffaker is accused of taking some of the marijuana proceeds. When he realized the FBI was on to them, Tatum allegedly “falsified a police report to cover his tracks.”

But the numbers were possibly much, much larger. According to the complaint, Tatum “evaded his income taxes, failing to report at least $443,059 in cash deposits for the tax year 2016, for which there is probable cause to believe were derived from his extortion scheme.” He and his wife together reported taxable income of just $85,420.

The stops which led to the charges occurred on U.S. Highway 101 in Sonoma County between Rohnert Park and Cloverdale, some 40 miles to the north.  The feds believe the officers may have even operated in neighboring Mendocino County.

The interdiction team shut down in Jan. 2017 due to changes in California marijuana laws. The alleged misconduct by the two officers is said to have continued into December of that year — well after the team shut down its operations.

The DOJ complaint against the two men says official interactions with the public at large were supposed to have been recorded on the officers’ body cameras. Court papers say several of the stops were only partially recorded and that no paperwork relating to most of the stops was filed.

Some of the allegations involve matters which occurred before the interdiction team was disbanded.

“During the course of the operations of the interdiction team, on numerous occasions between at least August 2016 and December 2017, TATUM and others seized money, marijuana, and other property from individuals that they stopped along Highway 101, without arresting these individuals, without providing a citation or asset forfeiture notice to the individuals, without filing an Incident/Investigation Report, without filing a Property/Evidence Report, without submitting the currency, marijuana and other property into the custody of the property department, without submitting the necessary asset forfeiture documents to the City of Rohnert Park, and without filing an application for a destruction order,” the criminal complaint says.

Ironically, the officers had previously been praised for the fruits of their labor.

“During the course of the interdiction team’s operations, TATUM occasionally submitted statistics relating to the seizures, including the date of the interdiction, the officers involved, the amount of drugs and cash seized, and the corresponding case number,” the document says elsewhere. “While heading the interdiction team, TATUM reportedly received national awards, seized over 4,000 pounds of marijuana, 20 firearms, a dozen vehicles, and over $4,000,000.”

Federal authorities started digging into the matter when one of the officers’ alleged victims told the FBI and ATF that two officers who claimed to be members of those agencies had taken his marijuana.

Both officers are accused of conspiracy to commit extortion under color of official right. Tatum faces additional charges of tax evasion and falsifying records in a federal investigation.

Some of the marijuana was seized from individuals with valid medical marijuana cards; some was bound for a dispensary legally operating under state law, the release explains.

“The public entrusts police officers to enforce the law,” said Acting U.S. Attorney Stephanie M. Hinds in a statement obtained by Law&Crime. “The public faith erodes when that trust is violated. The abuse of police powers cannot be tolerated and must be vigorously prosecuted.”

“The Rohnert Park Department of Public Safety cooperated fully with the FBI to put a stop to this serious breach of public trust and to hold these individuals accountable for their actions,” said FBI Special Agent in Charge Craig Fair.

“The IRS enforces the nation’s tax laws, but also takes particular interest in cases where someone, like Tatum, allegedly deposits large amounts of cash below the Currency Transaction Reporting requirements to evade any filings by financial institutions and evade income taxes from the IRS,” said IRS Criminal Investigation Acting Special Agent in Charge Michael Daniels. “With both law enforcement and financial investigation expertise, our agents are uniquely qualified to follow these types of financial transactions. Today’s action show the IRS is committed pursing justice for all including those who violate the public trust.”

The defendants could face 20 years in prison if convicted on the conspiracy charge.