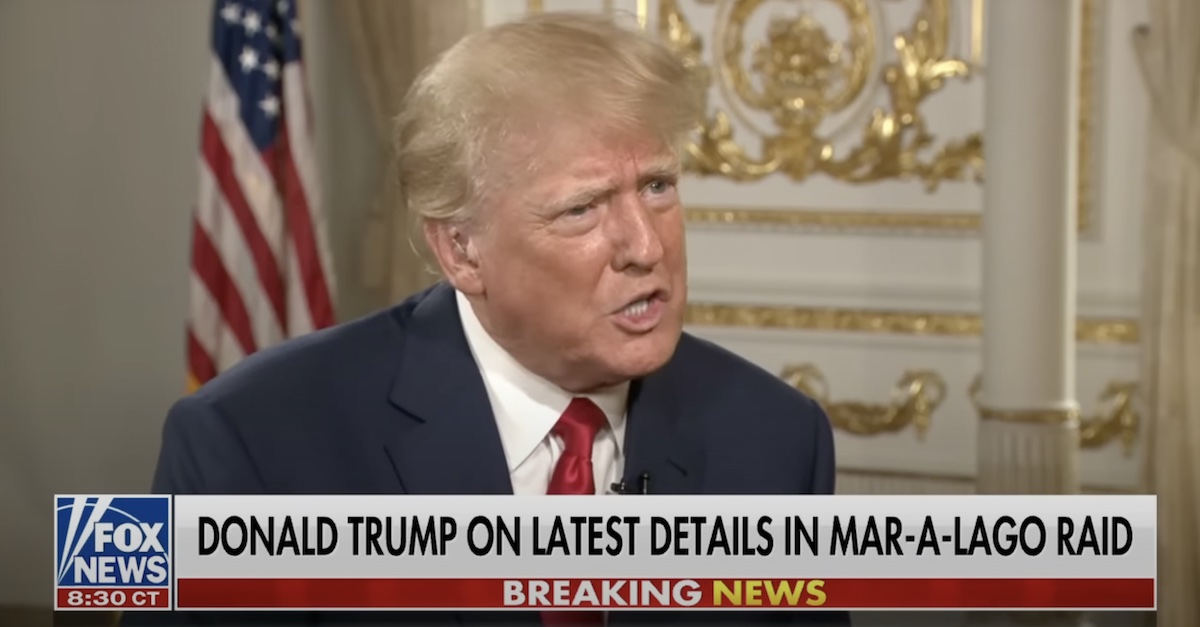 The U.S. Court of Appeals for the 11th Circuit has now issued a stinging rebuke to both the arguments of Donald Trump’s lawyers that he had a legitimate claim that he had actually declassified classified documents while still president, and to U.S. District Judge Aileen Cannon who had considered the claims viable. The Eleventh Circuit per curiam decision (designed to show that the unanimous decision was unaffected by the politics of the presidents who appointed them) may ultimately hurt Trump dearly.

How did the strategy to actually advance the arguments in court come about? It’s difficult to imagine, but let’s try.

Suppose for a moment Trump was speaking with his able lawyers then scheduled to argue in court Trump’s motion concerning “classified” documents seized by search warrant at Mar-a-Lago. The critical issue in preparing for the oral argument was whether the documents were actually still “classified” – in which case Trump presumably had zero right under law to take them when he left office nearly two years ago. The government would argue that the documents have indicia of classification and that the FBI’s seizure of them as proof of criminal conduct (by someone) when they were removed from the White House.

So, let’s imagine further that counsel explained the government’s argument to their client. Trump, hypothetically, says that “I declassified them, as is my absolute right.” Okay. So, counsel says that there’s a procedure for that: “So please tell us what proof do we have that they were in fact declassified?” Answer: “I don’t need any other proof. You have my word. That’s enough!”

Well, counsel knows, the special master won’t buy that as sufficient: “So, Mr. President, we need something more for me to credibly argue that you did declassify them. Is there a memo to the file? Did you direct any assistant, maybe your chief of staff, about this on the way out the White House door on January 20? Anything?”

The ex-president is getting noticeably more irate. “Just tell him that an ex-president is a “special case, and he deserves his word to be taken as gospel.” The lawyer: “I’m afraid the judge won’t see it that way. And if that’s all we have, we’ll lose and it will hurt you.” The ex-president is not without ideas: “Maybe I’ll give him an affidavit. Or, better yet: you, counselor, file an affidavit saying I told you they were declassified.” One can imagine the look on the attorney’s face given those two choices. It may be the point of no return – exposing the ex-president client or even the lawyer himself to a perjury charge. And, for many lawyers, it might be the point of resignation if they fear their own potential prosecution. Indeed, with Trump’s affidavit or the attorney’s representation in open court, Special Master Raymond Dearie might ask for a document by document representation as to declassification.

Who wants to be that lawyer? And it’s not really hard to imagine that this is how the conversation with Trump would have gone and that the whole idea would have come from him.

Consider Trump’s bizarre statement to Sean Hannity on Fox just before the Eleventh Circuit’s decision, saying he had had absolute authority to declassify: “You can declassify just by saying ‘it’s declassified,’ even by thinking about it.”

Yes, the above conversation with Trump’s counsel is purely hypothetical, but something like that probably occurred. And it was clear from pretty much everything we’ve read that the ex-president couldn’t possibly have been able to establish that he had gone through the appropriate legal procedures necessary to declassify the documents by January 20, 2020. Additionally, it is likely that Trump’s lawyers wouldn’t have been able to negate the presumptive evidence – although that issue is now largely moot, unless the Supreme Court takes the case and decides differently given the Circuit’s view that the government had a right to use the documents whether or not they had been declassified, period.

This is all unlikely to be the fault of Trump’s lawyers. Clearly, they had one arm tied behind their backs by their client – not the first lawyers in history faced with that predicament. Beyond that, though, their client was presumably telling them to advance an argument destined to fail (ironically, before a skeptical special master that the Trump team proposed for the role).

Maybe the answer had been for Trump’s lawyers to simply say before the special master, assuming they could have done so with a strong degree of veracity, that “our position is that the ex-president, indeed a unique figure given his former presidency, firmly believes, as he has unambiguously told us, that the documents were indeed declassified by him. And that he has asked us to make that representation clear on the record to the court, as I am herewith doing.”

Again, do you want to be that lawyer? Even without the Eleventh Circuit decision taking the issue completely away from him, Special Master Dearie would not likely have accepted that as sufficient anyway. That said, why did Trump have the need to pursue an issue that would ultimate go nowhere and make things worse by having an appeals court say so? Trump, always transactional, was clearly looking to get this dispute to the Supreme Court composed of three Trump appointees whom, he believes, would be more receptive to his arguments – although that didn’t work in the Circuit with, notably, two Trump appointees voting against him. Had Trump’s lawyers been about to talk Trump out of further exacerbating his case with pretensions of proof that the documents were actually declassified (when that issue ultimately turned out to not matter at all), Trump’s lawyers could have helped him more.

The problem with representing a very strong-willed client, as the ex-president surely is, becomes trying to find a way to ensure that he doesn’t die on this hill. It’s sometimes possible to talk clients into recognizing that there are other hills and valleys that may present better opportunities for them that will allow them to live to fight another day. Not here, though.

Many good lawyers view accomplishing the passage of time as the best thing they can possibly do for a client in a bind — any client. This, especially when sticking to the current game plan, likely urged by the client himself, may undermine tomorrow’s better strategy that counsel advocates to him.