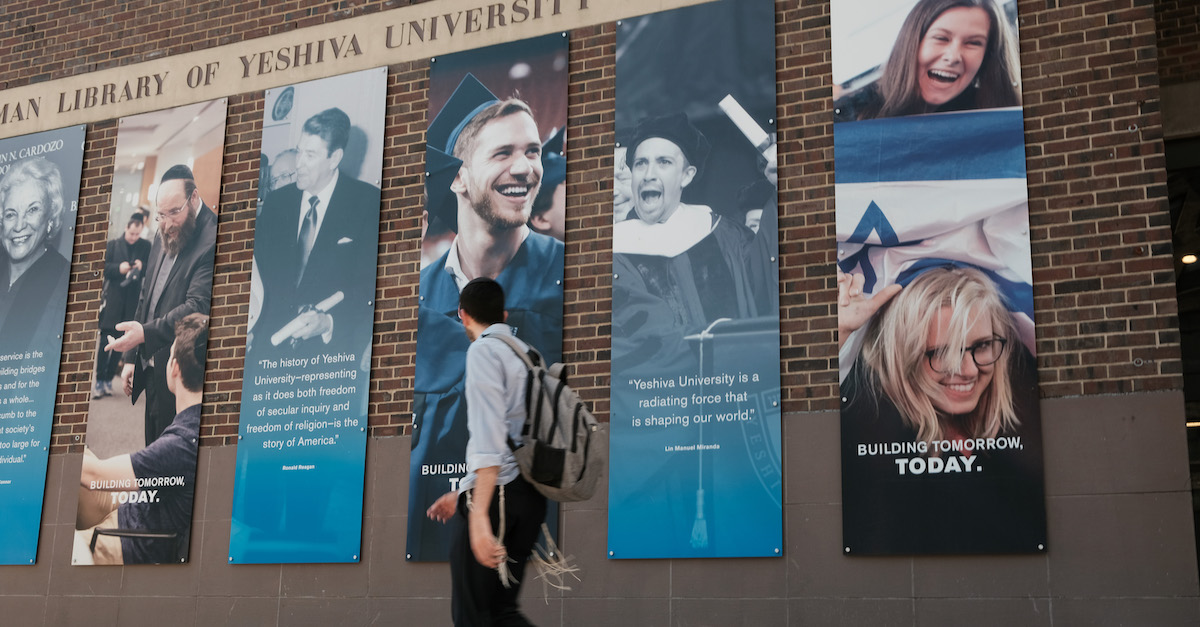 Yeshiva University and the Pride Alliance group have each agreed to a stay, just days after the U.S. Supreme Court rejected the school’s request to delay an adverse ruling. The agreement means that Yeshiva may continue to exclude the LGBTQ club from campus activities until the lawsuit is litigated in its entirety.

The underlying case was filed by Pride Alliance, an LGBTQ club made up of students and alumni, that wished to conduct activities on Yeshiva’s campus. The school refused, citing violation of its religious beliefs. At issue in the case is not only the scope of Yeshiva’s “religious freedom” under the First Amendment, but also whether the school is actually a “religious” institution for legal purposes.

Yeshiva University is an Orthodox Jewish private research university in New York which consists of four undergraduate schools, a law school, and a graduate school offering several programs. As New York Supreme Court Justice Lynn Kotler pointed out in her ruling against Yeshiva, however, the school was not organized not as a religious institution in its original incorporation documents.

The university moved for a stay of Kotler’s ruling, and after a denial from the U.S. Court of Appeals for the Second Circuit, it appealed to the Supreme Court. SCOTUS denied the stay on Sept. 15 in a 5-4 vote. Associate Justice Brett Kavanaugh and Chief Justice John Roberts sided with the Court’s liberals in the ruling against Yeshiva.

The litigation between Pride Alliance and Yeshiva University is still proceeding, and the parties’ recent agreement to allow a stay simply allows the status quo to continue while the litigation works its way through the courts. The underlying case, though, could have major implications for the future of religious freedom.

At issue in the case is whether Yeshiva has a First Amendment right to circumvent New York City’s Human Rights Law, and far more broadly, whether the landmark religious freedom case Employment Division v. Smith should be overruled.

In his dissent regarding the Court’s denial of the stay, Associate Justice Samuel Alito made clear where he stands on the issue of religious freedom for Yeshiva. Alito wrote, “At least four of us are likely to vote to grant certiorari if Yeshiva’s First Amendment arguments are rejected on appeal, and Yeshiva would likely win if its case came before us.” He continued, “The Free Exercise Clause protects the ability of religious schools to educate in accordance with their faith.”

The parties’ agreement for the stay comes just days before Rosh Hashanah, the Jewish New Year.

“As explained yesterday, we are starting clubs after the Jewish Holidays when students are back on campus,” said Hanan Eisenman, Director of Communications at Yeshiva University in a statement. “Now that Pride Alliance has offered a stay, we have sent their lawyers a signed agreement to stay the trial court order. We look forward to working together to quickly resolve this issue.”