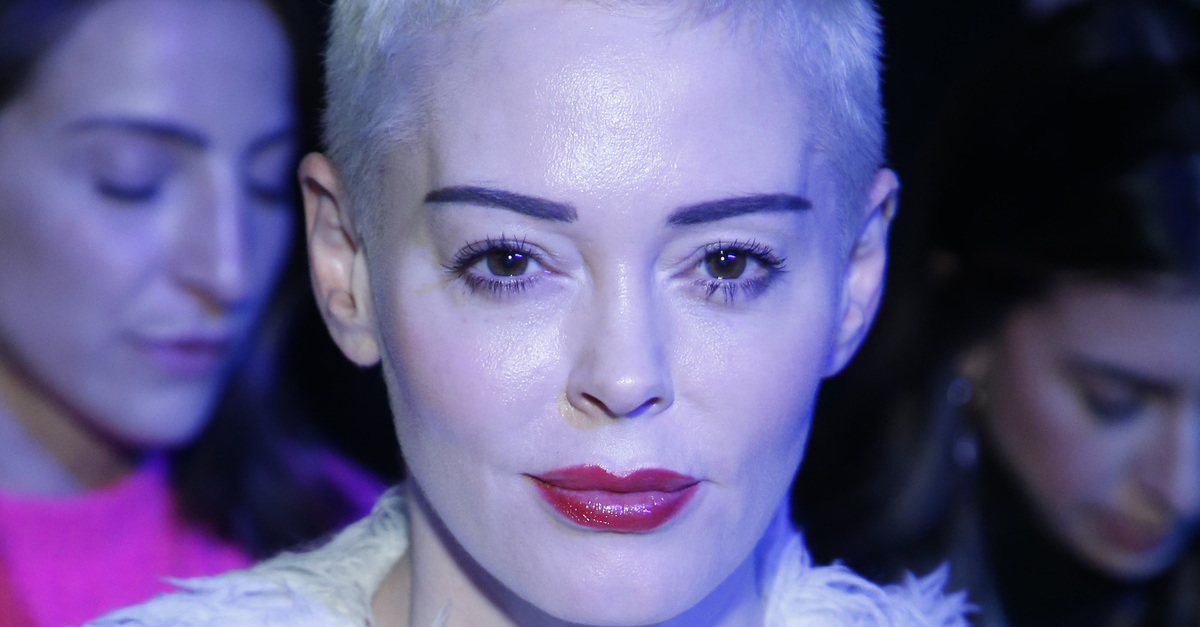 Oh how America does love to watch its liberal icons fall. Lisa Bloom (renowned feminist crusader and daughter of Gloria Allred) and David Boies (Al Gore’s counsel of Bush v. Gore fame) are now named as co-defendants right alongside #MeToo villain-in-chief Harvey Weinstein. The plaintiff is actress Rose McGowan, who has reverted to her well-worn refrain that everyone is trying to “silence” her.

McGowan has now filed a federal lawsuit in Los Angeles accusing Boies, Bloom, Weinstein, and Israeli intelligence firm Black Cube of directing a campaign of covert and illegal measures meant to discredit her and prevent her from going public with her rape accusation against Weinstein.

The lawsuit opens with what sounds like a voice-over script from a movie trailer:

This case is about a diabolical and illegal effort by one of America’s most powerful men and his representatives to silence sexual-assault victims. And it is about the courageous women and journalists who persisted to reveal the truth.

The 72-page complaint alleges two counts of violating the RICO Act, as well as wiretapping, fraud and violating the Bane Act, a California anti-intimidation/coercion statute; it tells McGowan’s tale of having her rape accusations effectively shut down by Weinstein’s big-money big-power team of fixers.

This certainly isn’t the first time McGowan has lashed out at Team Weinstein. After scores of victims emerged accusing Weinstein of horrific sexual abuse, Lisa Bloom dropped Weinstein as a client, and made a public apology for her involvement, saying, “While painful, I learn so much more from my mistakes than my successes. To those who missed my 2017 apology, and especially to the women: I am sorry.”

She later added, “The evil that was perpetrated on me and others was mind bending and illegal. Lisa Bloom should be disbarred.”

Now, McGowan appears to be taking matters into her own hands by litigating directly against Bloom and Boies. The crux of McGowan’s case is detailed in her complaint:

From their relationship’s very beginning in 2001, BOIES regularly performed reputation-management engagements for WEINSTEIN, such as intervening on WEINSTEIN’s behalf to try to kill negative stories about WEINSTEIN.

Not only did Weinstein’s team try to kill negative stories, but they even tried to discredit witnesses:

Again, in 2015, when criminal charges were levied against WEINSTEIN, BOIES stepped in, and he worked to discredit the victim and convince reporters not to publish a story about WEINSTEIN’s sexual-abuse history.

Bloom’s firm also offered “reputation management services” to Weinstein. She worked to do what she could to manage the Weinstein press frenzy. She sought advance copies of McGowan’s book, and apparently kept it secret that she was officially working for Weinstein.

Excuse me while I’m not even slightly impressed with McGowan’s allegations. Lawyers are supposed to advocate for their clients, mitigate damaging evidence, and effectuate damage control. Sure, there are ethical and legal limitations on the methods lawyers can use to achieve results, but investigating witness accounts and trying to negotiate settlements isn’t exactly the stuff of a Grisham novel.

My favorite excerpt from McGowan’s complaint is this imagined zinger:

BLOOM, however, like BOIES, saw WEINSTEIN as a business opportunity.

What I’m about to say may cause me to have my Feminist Card revoked, but naming Boies and Bloom as defendants is utterly ridiculous. Personally, I have no doubt that Harvey Weinstein is every bit as awful as his accusers have alleged. But that’s not really the point. Lawyers are not their clients, and everyone – even Harvey Weinstein – is entitled to really good representation.

#MeToo is an important movement that has opened America’s eyes to the pervasiveness of sexual misconduct and the myriad reasons why victims often remain in shadows. But #MeToo shouldn’t be derailing our entire adversarial legal system. Lawsuits work to compensate victims (and in some lucky circumstances, to bring about societal change) because litigants with adverse interests rely on the zealous advocacy– not in spite of it. As Gloria Allred herself said recently in response to public criticism about her daughter’s representation of Weinstein, “Advocates who call confidential settlements ‘hush money’ are ignorant of the law.”

It is inexcusable that Ms. McGowan chose to include my client in her lawsuit. Facts matter. There is simply no credible factual or legal basis for her claims against my client. We look forward to our day in court to set the record straight.