Mayoral Candidate Wanted to Take Down Confederate Statues. Now She’s Getting Taken Down For Her Offensive Tweets. 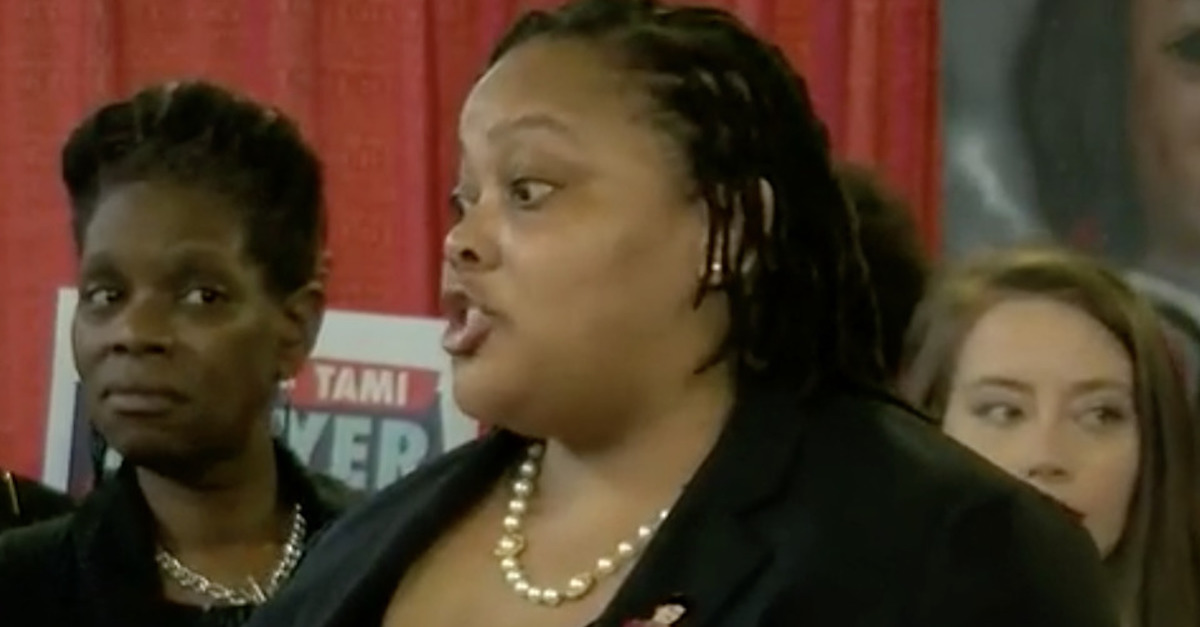 Tami Sawyer is running for Mayor of Memphis, and she certainly started out as a good heroine for Team Liberal. She’s a young, progressive, and dynamic woman who led the charge to remove Confederate statues in Memphis. All of that sounded great until someone looked into Sawyer’s social media history.

Sawyer’s past tweets are a disaster, and there seems to be something for everyone. We’ve got homophobia:

AT 10: Tami Sawyer addressed a crowd today at a MICAH event after controversial tweets resurfaced which go back about a decade. Hear what she wants voters to know coming up at 10. pic.twitter.com/xLbquhx234

#memphis Well, if there was any doubt about it Tami Sawyer it’s done tonight https://t.co/huJ2WwtukF

And when Sawyer wasn’t out there using the r-word, she took the chance to mock a person who’d just lost a pet:

The internet never forgets…or forgives! You posed for that picture! pic.twitter.com/aDFDT88cSQ

Tami Sawyer’s tweets are the gifts that keep on giving. How is she fit to hold any office? Tami needs help…not a role as mayor.

We’ve even got garden-variety trashy going on; Sawyer’s multiple tweets referring to her own drunkenness paint a rather disturbing picture:

Let’s also not forget the anti-police statements. Not a good look for someone looking to lead a city.

Here are some more golden tweets by the one and only @tamisawyer herself… pic.twitter.com/uFcgD07DVp

Sawyer addressed the tweetroversy in a Medium post Saturday titled, “So you’ve seen my tweets.” In the post, Sawyer explains that those tweets were the product of her youth, and that she is “proud of the woman [she] was then” but has evolved into someone markedly different.

Sawyer wrote about her past:

While Sawyer did offer an apology as to some of her posts — specifically the homophobic ones — she explained that others had been taken out of context, or had been merely jokes that failed to land. I’ll give Sawyer’s PR team credit. These tweets are causing a media frenzy, and her response — that we should focus on the issues at hand — is probably the best pivot for which she could hope (after all, it’s kind of hard to explain away making fun of someone who just euthanized her dog).

We can examine my decade old tweets out of context and debate what kind of person I was or wasn’t in 2009. Or, we can examine what’s happening in Memphis today.

I’m running because this is life or death for Memphians. The stakes are too high to get caught in this foolishness. pic.twitter.com/M2FIIwgPix

The backlash over Sawyer’s tweets isn’t the first drama to come out of her campaign. In August, Memphis Magazine put out a cover with caricatures of Sawyer and the other mayoral candidates; the drawing of Sawyer, along with an editorial describing her as “monstrously obese,” drew harsh criticism among Sawyer’s supporters.

The Memphis mayoral election will be on Oct. 3, 2019. Running against Sawyer is Memphis’ current mayor, Jim Strickland, as well as Willie Herenton, the city’s first elected black mayor who served from 1991 to 2009.