Man Sentenced After Trying to Decapitate His Wife, Claiming She Was Anti-Christ, Prosecutors Say 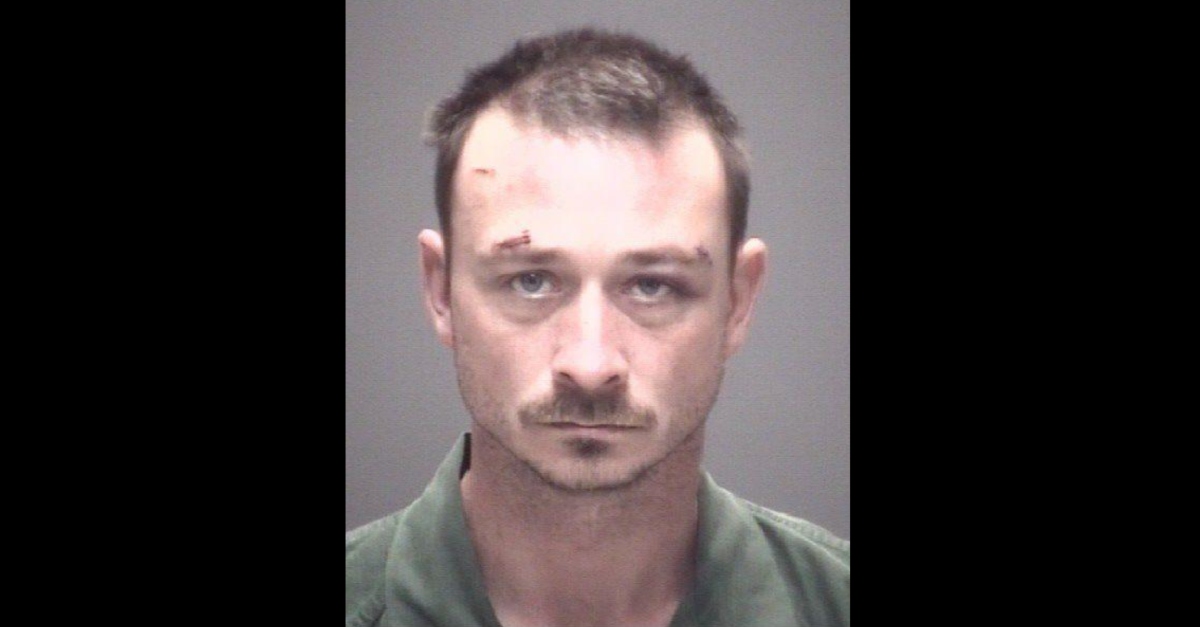 A Texas man was sentenced on Thursday for trying to decapitate his wife in a drug-fueled assault, say Galveston County prosecutors. Michael Dewey Sirratt, 37, is set to spend 50 years in prison for aggravated assault on a family member causing serious bodily injury with a deadly weapon, and aggravated assault with a deadly weapon, according to The Houston Chronicle. The defendant is eligible for parole after one-half of his term.

Sirratt, high on methamphetamine, chased his wife outside their home with a dull machete last year, prosecutors said. He struck her on the back of the neck, paralyzing her during the incident, authorities said. The defendant tried to decapitated her while claiming she was the anti-Christ.

Sirratt later faced a man and a woman at a neighboring home, swinging the machete around, prosecutors said. Responding officers found him holding the weapon, and a Bible.

The victim almost died. She sustained injuries including: three fractured vertebrae, a blocked artery, never damage, lacerations, and a finger that had to be put back on.

Police at the time said they found Sirratt quoting from the Bible, according to The Alvin Sun. He didn’t follow their demands to to drop the machete, so police deployed a Taser, officers said.

Records show that the defendant stood trial over the incident this past week, and jurors found him guilty. Sirratt reportedly tried to get off with probation by citing his lack of criminal history, and by blaming the drugs. He has filed an appeal.