‘We Will Hunt You Down’: Whistleblower’s Lawyer from First Trump Impeachment Recounts Death Threats Against Him That Recently Sent a Man to Prison 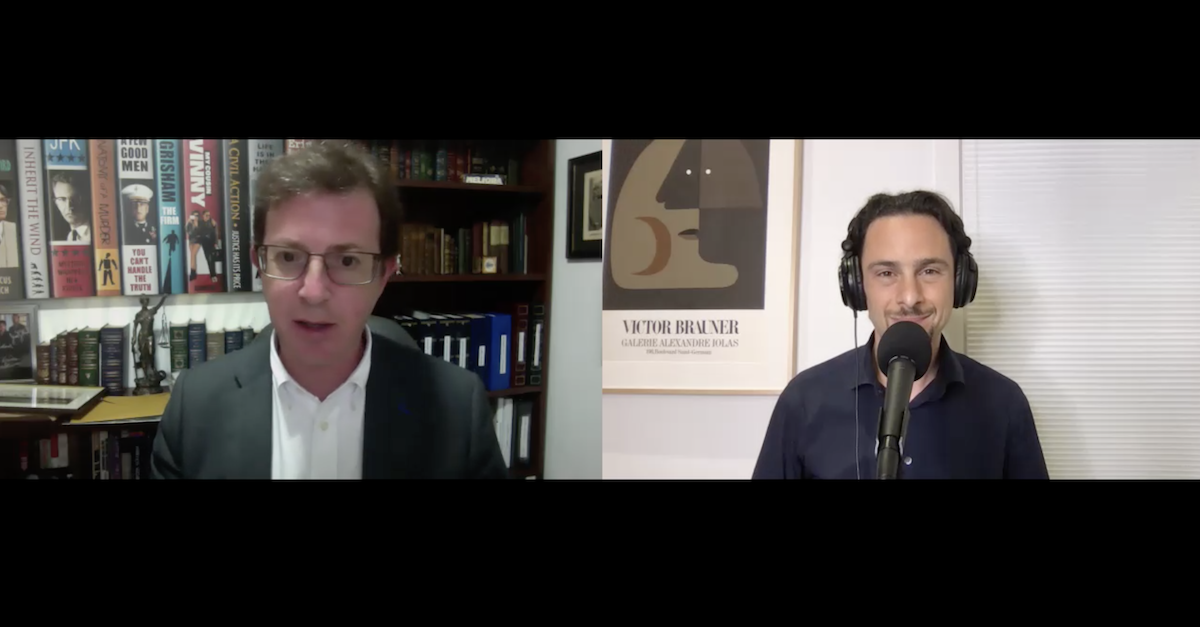 In early June, a man who threatened the lawyer for the whistleblower associated with former President Donald Trump’s first impeachment was sentenced to one year in prison. National Security Attorney Mark Zaid remembers the incident well—because he was that lawyer. In the latest episode of Law&Crime’s podcast “Objections: with Adam Klasfeld,” Zaid recounts his phone ringing incessantly with messages from angry Trump supporters in late 2019.

“I received about half a dozen what I consider to be genuine death threats that crossed the line,” Zaid reflects. “The first one I remember had nothing but the title in the email: ‘a bullet in your head.’ Okay, well, that one’s different.”

One of those threats came from 54-year-old Brittan Atkinson, who served more than six months in pretrial detention when he was arrested last year. He will serve an additional five months in prison as a result of his recent sentence.

“The actions in this case are very alarming,” Acting U.S. Attorney Saima Mohsin said in a statement on June 10, when a federal judge in Michigan issued the sentence. “Once free speech crosses the line and becomes a threat, you can rest assured that the full extent of the law will be brought to bear. No one should be threatened for simply doing their job.”

“All traitors must die miserable deaths,” the message said. “Those that represent traitors shall meet the same fate, we will hunt you down and bleed you out like the pigs you are. We have nothing but time and you are running out of it. Keep looking over your shoulder … We are all strangers in a crowd to you. The next move is yours.”

The outpourings of hate against Zaid started when the prominent national security lawyer sent out a tweet responding to a tweet by CNN’s Jake Tapper announcing that Trump fired then-acting U.S. Attorney General Sally Yates because she refused to defend the so-called “Muslim ban.”

“#coup has started. First of many steps. #rebellion. #impeachment will follow ultimately. #lawyers”

On the podcast, Zaid describes what he was thinking.

“I was referring—with respect to the ‘coup’ in my mind—I’m thinking here you have senior government officials standing up to the leader, the boss, declining or refusing to abide by their authority,” he said in the interview.

Then, came the follow-up tweet, when Zaid responded to another Twitter user: “We will get rid of him, and this country is strong enough to survive even him and his supporters. We have to.”

Then, more than two-and-a-half years later, Zaid had a new client: the whistleblower who revealed that Trump asked Ukrainian President Volodymyr Zelensky to gin up a political investigation against the Bidens.

In the lead-up to Trump’s first impeachment, a Republican operative discovered the connection.

“Everybody seizes on this,” Zaid notes, recounting the renewed interest in the old tweet from Trump and hard-right media personalities like Rush Limbaugh, Laura Ingraham, Sean Hannity and others. “That’s when the hatred and the vitriol started to come in. I had to turn off my office phone line. In fact, I’ve enjoyed that silence so much I have never turned it back on two years.”

During Trump’s first impeachment, GOP Congress even blew up Zaid’s old tweet on a placard for display for the national and international cameras—but their poster stripped context from the tweet, removing the reference to the news about Yates that spurred Zaid’s commentary.

“The fact that I retweeted a story about Sally Yates was the whole context of what this tweet was about,” Zaid noted, adding that the Republicans “manipulated” the tweet. “In fact, they manipulated my picture, as well, which I didn’t catch until later.”

When remembering that time period, Zaid says that the word that comes to mind is one that is perhaps the most “overused” of the Trump tenure.