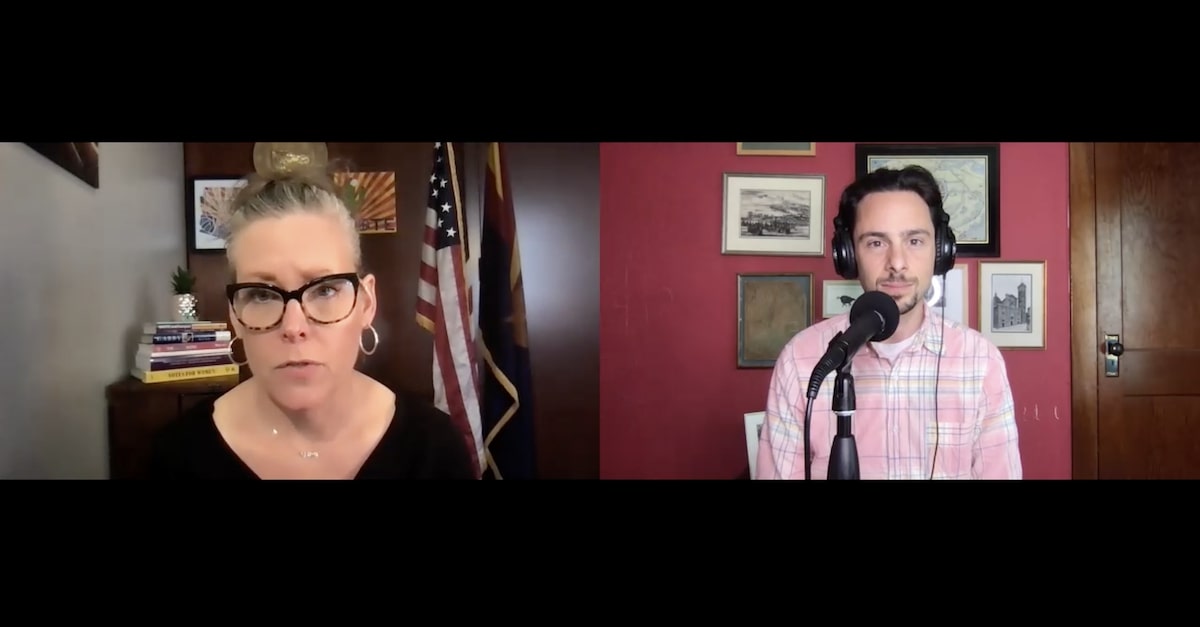 In the weeks following the 2020 presidential election, public officials across the country who defended the integrity of the vote were subjected to hatred and threats. One of them was Arizona Secretary of State Katie Hobbs (D), who called out former President Donald Trump and members of the Republican Party for stoking public rage.

“Their words and actions have consequences,” Hobbs said in November, linking the threats against her, her family, and her office to widespread misinformation.

For her efforts, Hobbs was targeted by death threats and even had her home address and son’s phone number leaked online.

In a wide-ranging interview for Law&Crime’s podcast “Objections: with Adam Klasfeld,” Secretary Hobbs—who is now running for governor—disclosed that she needs protection yet again in the wake of a so-called “forensic audit” in Arizona that have reheated the old conspiracy theories that previously put her in danger.

“The level of harassment and — just — attacks on my office from every angle has not let up, and there are renewed threats, leading to me having to have a security detail for the second time,” Hobbs said. “It’s not part of my job to have that. But it’s the second time in the last six months that it’s happened.”

Still refusing to accept the election results from last year, Trump’s allies in the Arizona Senate have established a so-called audit of the 2.1 million ballots cast in last year’s election in Maricopa County. This is happening despite the fact that those results have been reviewed multiple times, certified by a Republican-dominated board of supervisors, and every previous challenge to those results have fallen flat.

The firm behind the supposed audit, Cyber Ninjas, is linked to some of the biggest propagators of post-election conspiracy theories—like lawyer Lin Wood. 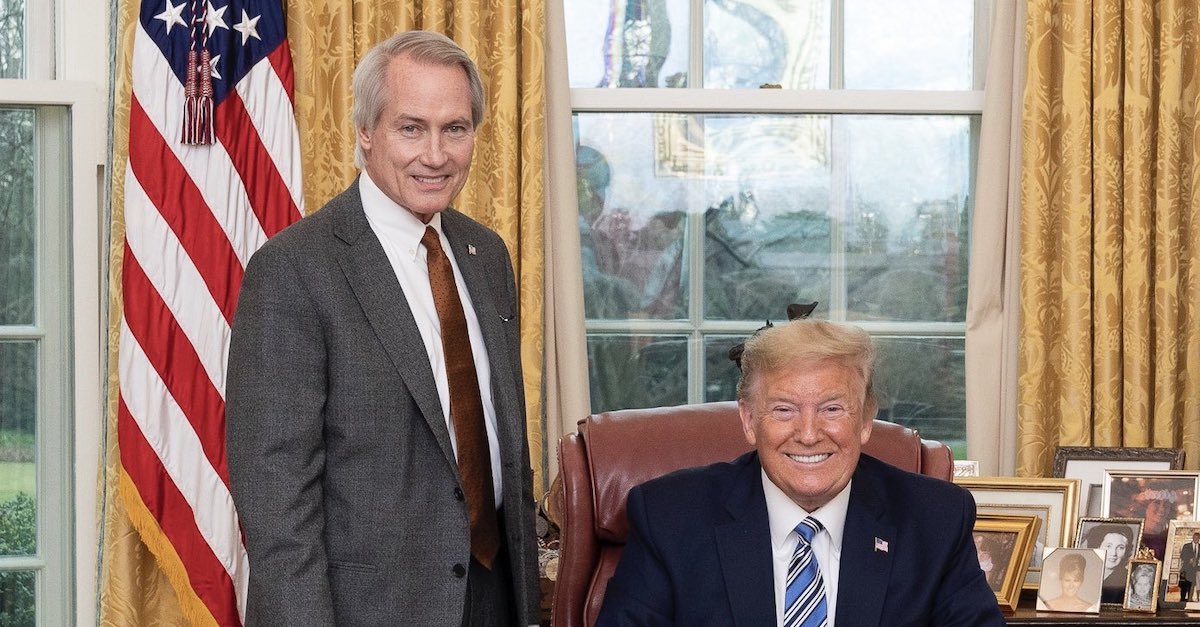 “Even if they weren’t intentionally trying to cook the books, then that they would lead to inaccurate results,” Hobbs said, referring to the methods of the Cyber Ninjas. “But they’re not trying to validate the election results, they’re trying to continue to stir chaos and doubt in the system.”

The self-styled “forensic audit” prescribed by the firm have including searching for watermarks under ultraviolet light, measuring ballot thickness, and inspecting ballots for bamboo fibers, in service of a conspiracy theory that tens of thousands of ballots were flown in from Asia.

In May, Hobbs skewered such measures after successfully fighting to have her office scrutinize what the Cyber Ninjas have been doing.

“Though conspiracy theorists are undoubtedly cheering on these types of inspections—and perhaps providing financial support because of their use—they do little other than further marginalize the professionalism and intent of this ‘audit,’” the secretary wrote in a scathing letter months ago.

“There’s Nothing ‘Gold’ or ‘Standard’ About What is Happening”

In late June, Maricopa County announced that it had to replace its voting machines because the Cyber Ninjas were not certified to handle them, and Hobbs said the firm has been handling the equipment improperly.

“When we have the equipment in the hands of say Maricopa County, it is stored, and there are specific requirements for how and where and who has access,” Hobbs noted, adding that any such access must be logged.

“So there’s never a question of who was near this equipment. We know that the machines are never connected to the internet,” she continued. “Any time data is removed from one machine, a brand new thumb drive is used. We source those thumb drives, so that we know they’re coming from a reliable place. And none of those things were in place.” 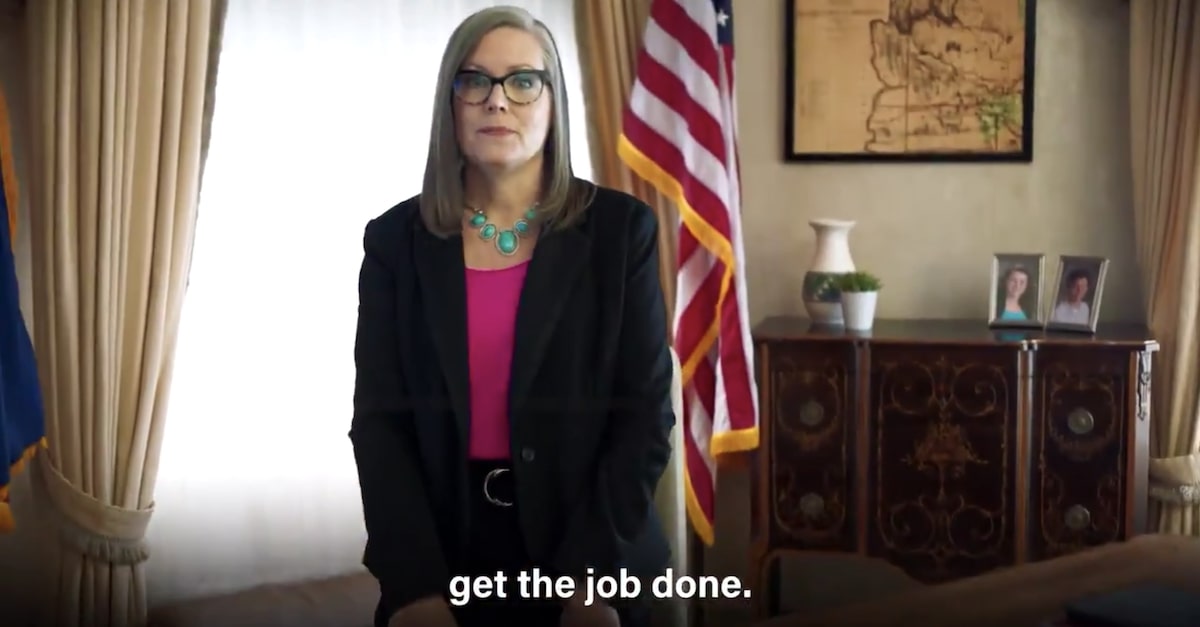 This is a still frame of Arizona Secretary of State Katie Hobbs from her campaign video for governor.

Despite Hobbs’ legal battle to secure a modicum of transparency over the firm’s machinations, CNN was unable to access a mysterious laboratory in Montana storing the data.

“Additionally, we documented in the last couple of days that while they were moving a pallet of equipment, it was actually tipped over and a bunch of it was damaged,” Hobbs said. “So they’re not even taking their custodial responsibilities seriously.”

Distressingly for Hobbs, other Donald Trump-loyalist state lawmakers—including in Pennsylvania—have been following the Cyber Ninjas’ model with plans for similar so-called “forensic audits.”

On the ground in Arizona, a CNN reporter cornered the state’s Senate President Karen Fann (R), who told the network: ‘This will be the basis of a gold standard.”

Reflecting upon that interview, Hobbs shot back: “There’s nothing ‘gold’ or ‘standard’ about what is happening here.”

So-called “forensic audits” and conspiracy theories are not the only threats to the ballot Hobbs identified.

A day before the interview with Hobbs, the Supreme Court ruled against her in the case of Brnovich v. Democratic National Committee, in a decision that has been called the biggest gutting of the Voting Rights Act since Shelby County v. Holder eight years ago.

“Of course, I’m very disappointed, and I think that biggest thing is that this really underscores the need for federal legislation to protect the freedom to vote for every American,” Hobbs said of the ruling.

In Brnovich, Hobbs was challenging a pair of voting restrictions passed by Arizona Republicans. One of them allowed ballots cast at the wrong precinct to be discarded, and the other banned the practice of ballot collection, labeled “ballot harvesting” by its critics.

“What this decision does is make it harder for people who are getting these additional barriers put in front of them to challenge those barriers and court and so we need federal protection for Americans to be able to continue to have access to the ballot,” Hobbs said.

In the lead opinion, Justice Samuel Alito described the prevention of fraud as a “legitimate state interest” in passing the law, and Justice Elena Kagan noted those hypothetical concerns have justified racially motivated attacks on ballot access, like the poll tax.

Emphasizing that the Brnovich battle heated up well before the 2020 presidential election, Hobbs pushed back against those who characterize the decision as a win for ballot integrity.

“They’re going to tout this as a win for election integrity, and that is just absolutely not the case,” Hobbs said. “These laws are unnecessary, and there was nothing. They weren’t doing anything to prevent any kind of fraud. And they just erect unnecessary barriers between voters and the ballot.”