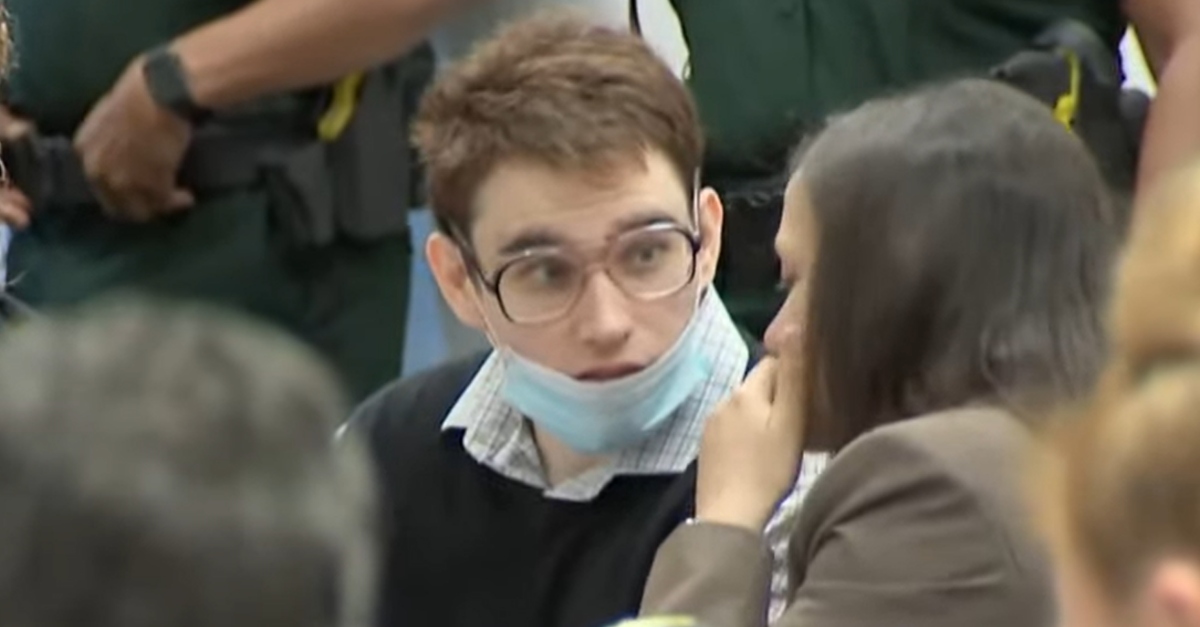 The Parkland school mass shooter was “damaged” since before birth, an attorney told jurors on Monday. Nikolas Cruz, 24, was exposed to intoxicants in the womb because his biological mother Brenda Woodard used drugs and alcohol while pregnant with him, lawyer Melisa Alice McNeill of the Broward Public Defender’s Office told Florida jurors in opening statements.

The lawyer said that Cruz was born by C-section. He had the “cord” wrapped around his neck three times, she added. He was blue for the first minute of his life, had to be resuscitated, and his extremities remained blue for five minutes, she said. When Cruz was three and a half years old, he was determined to be acting like a child that had just turned two, McNeill said.

The defendant was developmentally delayed and received inconsistent help in getting better, the attorney said. For example, adoptive mother Lynda Cruz did not follow up on Cruz visiting a psychologist when he was 3, McNeill said. He was on and off medication in elementary school, with Lynda citing the cost, the attorney said. Cruz did improve when he was in a structured, supportive environment, the lawyer said.

After troubling middle school years, Cruz did better after getting moved to Cross Creek School because it was a specialized environment. He was nonetheless later transferred to Marjory Stoneman Douglas, where he struggled behaviorally, academically and socially, McNeill said. Behavior included cutting himself and drinking gasoline.

“When I met Nikolas Cruz on Feb. 15, 2018, I knew that he was a damaged person,” McNeill said. “But I also know that wounded and damaged people wound and damage other people because they are in pain.”

The attorney for the Parkland school shooter said he continues to draw “bad things” while he is in jail. pic.twitter.com/oRzjhM4X1o

The defense postponed their turn to speak until after the state’s case. Their job now is to convince jurors that Cruz — who admittedly murdered 17 people and tried to kill 17 others at Marjory Stoneman Douglas High School on Feb. 14, 2018 — should get life in prison without parole instead of the death penalty. He pleaded guilty last year. The state had refused to budge on seeking capital punishment, leading to this penalty phase.

Prosecutors went into explicit and extensive detail in laying out the aggravating factors against Cruz. He long planned committing a mass shooting, declaring in a Feb. 11, 2018 cell phone video that he was going to be “the next school shooter” of that year, prosecutors said.

Cruz attacked his former school with a semiautomatic rifle, stalking the hallways for victims, according to testimony and evidence. He even returned to shoot people he already hurt.

The gunshots were so powerful that you could feel the vibration, teacher Ronit Reoven testified.

By all accounts, the wounds were horrific.

Mom completely breaks down in the gallery.

“Unfortunately, Mr. Oliver’s head was only kept together by his scalp and forehead. Everything under the skin was obliterated and the brain itself..was unrecognizable…” #NikolasCruz pic.twitter.com/p49G9ZwEHM

Survivors testified to the horrifying near-death experience. Student Samantha Mayor testified a round shattered her kneecap. Teacher Ernest Rospierski, who rushed children to safety, said bullets grazed him on the face and hip.

Teacher Ernest Rospierski – another hero – pushed about 12 kids to safety as he took fire from #NikolasCruz. He got grazed on his face and hip by bullets. pic.twitter.com/6KAMizfafc

The father of Parkland school shooting victim #JaimeGuttenberg looks down and puts his hand over his mouth during the officer’s testimony about his daughter. pic.twitter.com/iRCHhvqLeC

Prosecutor Michael Satz told jurors in his opening statement last month that the aggravators outweigh whatever mitigators they might hear, such as details regarding Cruz’s childhood and whatever treatment he received.

There was no defense for Cruz’s actions, McNeill said. She emphasized the obsessions he lived with through his life, including video games, guns, bowel movements, vegan diets and even demons.

McNeill told jurors that the defense was not hiding that, but said “his brain is broken. He’s a damaged human being.”

Family members including Cruz’s sister Danielle Woodard are expected to testify. Her attorney in an unrelated, ongoing case appeared before the Parkland shooting court on Monday, saying he had only just learned on Friday about Woodard being set to testify. He said his client would assert her Fifth Amendment rights on matters he did not specify. He said there were concerns about her competency in her personal case, but Judge Elizabeth A. Scherer, who appeared annoyed with the last-minute announcement, said the legal standards of competence were lower for witnesses than for defendants.

NOW: Attorney recently appointed to represent #NikolasCruz biological sister Danielle Woodard is arguing he received no notice that she was going to testify today. Judge points out it’s been in the media for weeks. #ParklandSchool pic.twitter.com/0HldziNWjG