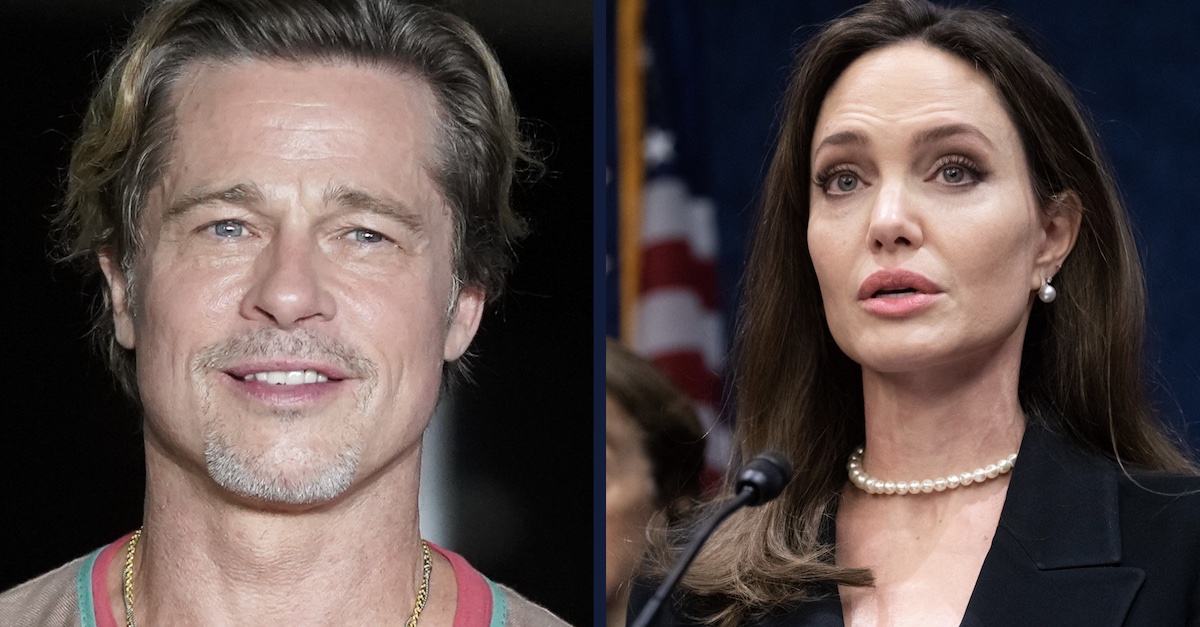 Multiple news outlets have now reported that FBI documents reveal actress Angelina Jolie as the plaintiff in an April 2022 lawsuit filed against the Department of Justice (DOJ) under the Freedom of Information Act (FOIA). In the lawsuit, which was amended on August 9, 2022, the plaintiff identified only as Jane Doe claims that the Federal Bureau of Investigation (FBI) has improperly withheld information about a 2016 incident aboard an airplane between a woman and her then-husband — namely, actor Brad Pitt.

Here’s what you should know about the latest details.

What the FOIA Case Is About

The 9-page lawsuit filed under FOIA seeks a court order requiring the FBI to turn over records relating to an investigation of the alleged incident reportedly involving Pitt and Jolie. Specifically, Jolie is reportedly looking to uncover information that would explain why Pitt was not arrested or prosecuted after Jolie made formal complaints against him.

The publicly available but heavily redacted complaint says that the plaintiff and her children “still do not have a clear picture” about how the FBI handled the investigation of an alleged assault on an aircraft in 2016. Rather, the document asserts, the FBI “abruptly closed” the case without notifying the complainant, then made an “unusual public statement closing the investigation and announcing that charges would not be filed against [her husband] Mr. DOE.” That “unusual” FBI statement, says the complaint, “has served as a basis for the widely-reported claim that the FBI exonerated and ‘cleared’ Mr. DOE.”

According to reports by Rolling Stone and Puck News, a recently obtained FBI report shows that Jolie told an agent that “Pitt was drinking and had taken her to the back of the plane,” “grabbed her by her head,” and “pushed her into the bathroom wall” while repeatedly punching the ceiling of the plane during a short flight on a private jet in September 2016.

“Jolie said her then-husband grabbed her by the head and shoulders and shook her while yelling, ‘You’re f***ing up this family,'” that FBI report reportedly said.

The reported records detail a conversation between Jolie and FBI officials in which she said Pitt’s actions frightened the couple’s six children (who ranged in age from 8 to 15 at the time). The documents are said to detail an incident in which Pitt acted “like he was going to attack” one child after the child called Pitt a “prick.” Jolie allegedly reported that she grabbed Pitt around the neck in a “choke hold” and that he then threw himself back, pushing Jolie down and injuring her back and elbow. Further, Jolie reportedly gave an FBI agent a photo of her injured elbow as proof of these injuries.

There was no criminal prosecution or civil case against Pitt after the alleged events.

Why Was the Plaintiff’s Identity Hidden?

On March 7, 2022, Washington, D.C.-based Chief U.S. District Judge Beryl Howell (a Barack Obama appointee) granted the plaintiff’s request to remain anonymous and file the case under seal. In the court’s order, Judge Howard described the circumstances leading up to the filing as follows:

Several years ago, while plaintiff, her then-husband, and their children, who were all minors at the time, were traveling via private aircraft, the husband allegedly physically and verbally assaulted plaintiff and the children, who have “experienced lasting physical and mental trauma as a result of the assault.” Pl.’s Mot. at 1–2. The FBI “opened an investigation into the assault” but later, without advance notice to plaintiff or her children, “publicly announced it was closing its investigation of the incident without further action.” Id. at 2. Since then, plaintiff has filed several “FOIA request[s] on behalf of herself and her minor children for the FBI’s investigative file” in hopes of “better understand[ing] the FBI’s investigation and obtain[ing] information necessary for her children to receive medical care and trauma counseling.”

What Recent Developments Have Occurred in the Case?

On August 9, 2022, the plaintiff reported to be Jolie amended her complaint to add new information. Specifically, the complaint alleges that “The FBI did not, in fact, clear Mr. DOE of wrongdoing.” Rather, “the FBI Special Agent in charge of investigating whether Mr. DOE committed a federal crime prepared a statement of probable cause,” which was then presented to the Assistant U.S. Attorney and the Chief of the Criminal Division at the U.S. Attorney’s Office in Los Angeles.

The DOJ reportedly declined to prosecute Pitt despite an agent’s finding of probable cause, though. Through her FOIA claim, the plaintiff now seeks an explanation of that inaction.

The couple, long ago dubbed “Brangelina” by press, was together for 12 years. They married in 2014 and they have six children. Jolie filed for divorce in 2016 (with irreconcilable differences as the cause of action). In 2019 they were each declared single as part of a bifurcated judgment. The custody dispute is ongoing.

The case made headlines in 2020 when Jolie requested that the private judge presiding over the dispute be removed from the case because he had too close a working relationship with Pitt’s attorney. The judge, John W. Ouderkirk (Ret.), was indeed removed from the case in 2021, at which point the joint custody order reverted to a 2018 agreement in which Jolie has primary physical custody and Pitt has the right to exercise parenting time with their minor children.

Covington & Burling partner Amanda Kramer, the former human trafficking coordinator at the U.S. Attorney’s Office in Manhattan, is the plaintiff’s lawyer on the FOIA case. Law&Crime reached out to Kramer for comment prior to this story’s publication.

An anonymous person said to be close to Pitt reportedly told People that FOIA lawsuit can only be meant to “inflict the most amount of pain on her ex.”

“It is harmful to the children and the entire family for this to be made public,” that person was quoted saying.

Similar comments in Pitt’s defense were made in Page Six.

Pitt is also suing Jolie for selling her interest in a French vineyard they purchased together in 2008 to a Russian oligarch.

Recently, Brad Pitt’s foundation reached a settlement over post-Hurricane Katrina homes which fell into disrepair and ruin in Louisiana.

Editor’s Note: An earlier version of this piece was corrected to reflect that Jolie’s lawyer requested the removal of the parties’ private judge.