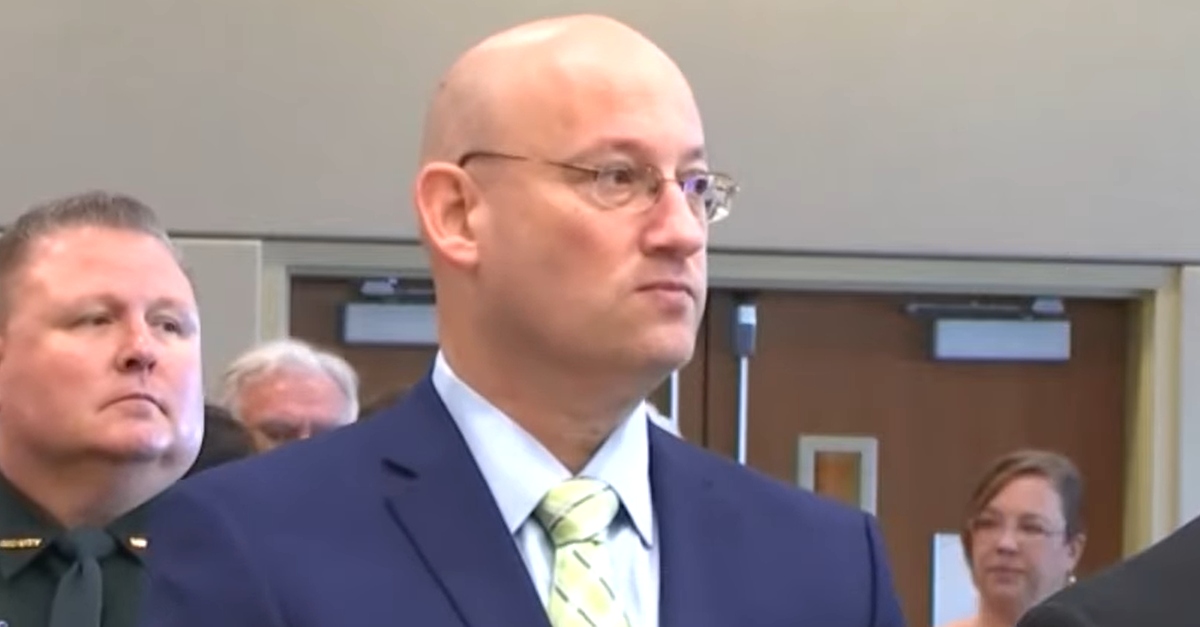 Prosecutors argued that he got childhood friend Curtis Wayne Wright Jr., 51, to do the deed, and this man in return got another person, Jimmy Ray Rodgers, 29, to help out. The defense said in trial that testimony from Wright, who pleaded guilty in the murder in exchange for a 25-year prison sentence, was the only direct evidence against the defendant.

Assistant State Attorney Hamid Hunter argued, however, that evidence showed the defendant and his co-conspirators were in contact amid the 2015 killing.

#SieversTrial – Hunter shows a text message from Mark Sievers to Curtis Wayne Wright talking about an upcoming trip to St. Louis with his daughters. He points out that Sievers does not mention Teresa going, only Mark and his daughters. This is before the murder. pic.twitter.com/pmO5hO0gz8

The defendant did not testify at his trial.

#SieversTrial – Mark Sievers tells the judge he’s not going to testify, but, “I’d like to go home.” Judge did not comment. pic.twitter.com/mScs5c11Ep

Wright pleaded guilty to second-degree murder in exchange for a 25-year prison sentence. Rodgers was convicted of the same charge in October. Dr. Sievers was beaten to death at her home when she returned home alone from a vacation, prosecutors said.

Defense lawyer Michael Mummert argued that Wright’s testimony was the only direct evidence tying Mark Sievers to the murder.

“And so, having heard the evidence, you have basically heard the state of Florida try Jimmy Ray Rodgers and Curtis Wright instead of Mark Sievers,” Mummert said. “The state is hoping that by showing you a large volume of evidence about Jimmy and Curtis, that it is going to make it more likely that you just lump Mark in with them and find him guilty.”