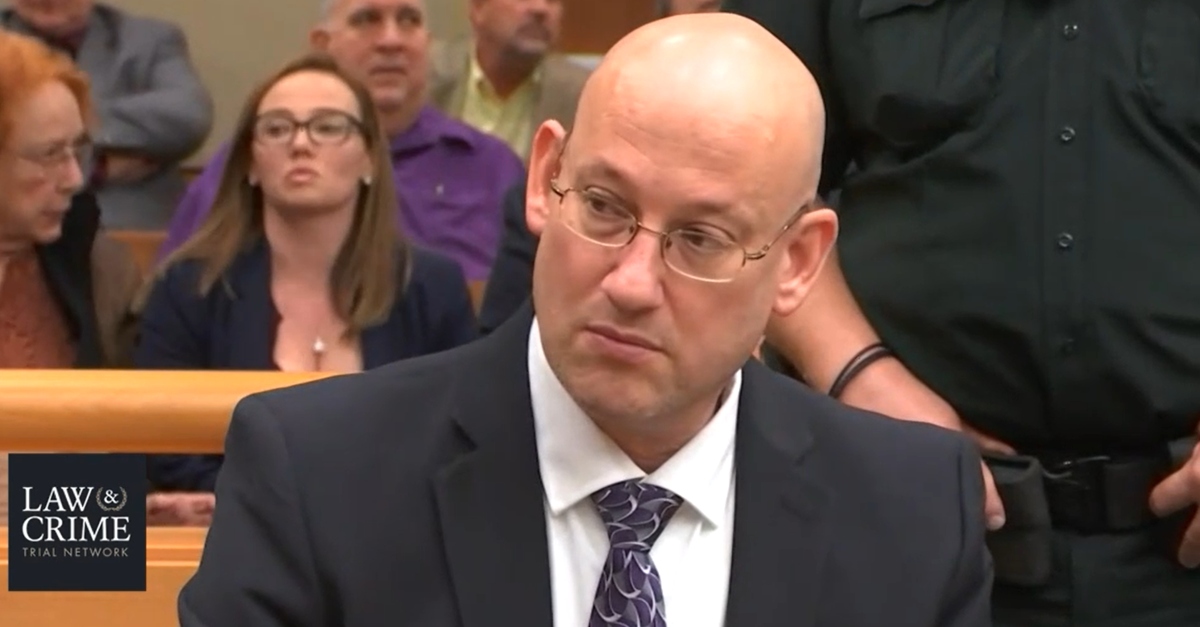 The jury deliberated for just under 3 hours and found that the murder was cold, calculated and premeditated. It’s the first time in 12 years a Lee County jury has recommended the death penalty.

#SieversTrial – Mark Sievers had little reaction at learning the jury recommended a the death penalty. pic.twitter.com/5cpoFC9v3R

The defendant was convicted last week of orchestrating the beating death of his wife Dr. Teresa Sievers, 46. He recruited childhood friend Curtis Wayne Wright, 51, to do it, prosecutors said. This co-defendant in turn recruited Jimmy Ray Rodgers, 29, to help, authorities said. Wright and Rodgers ambushed Dr. Sievers at her home, according to investigators. The victim had been beaten to death.

BREAKING: #SieversTrial – Mark Sievers recommend the DEATH penalty for his part in the murder of his wife Dr. Teresa Sievers. pic.twitter.com/ZwIaptyiD1

As far as prosecutors were concerned, Mark Sievers was the last man they have to take down to get justice for Dr. Sievers. Wright flipped, pleaded guilty to second-degree murder, and agreed to testify against his alleged co-conspirators. Rodgers was charged with first-degree murder, but was convicted of second-degree murder last month. His sentencing hearing is scheduled for Thursday.

Prosecutor brought up Dr. Sievers’ mother Mary Ann Groves to speak about the impact her daughter’s death had.

#SieversTrial – Groves said the best weekend of her life turned into a weekend full of horrors beyond her comprehension. “It was the weekend my Teresa was murdered in the most brutal, unimaginable away.” pic.twitter.com/1kCdamyHnd

#SieversTrial – Groves is done, she is escorted back to the gallery. The prosecution rests their case in the penalty phase. pic.twitter.com/4yb5QGtfDT