Jacob Marshall Says He Lied About Gaige Grosskreutz's 'Only Regret'

‘I Lied’ on Social Media: Former Roommate Says Gaige Grosskreutz Never Said His ‘Only Regret Was Not Killing’ Kyle Rittenhouse 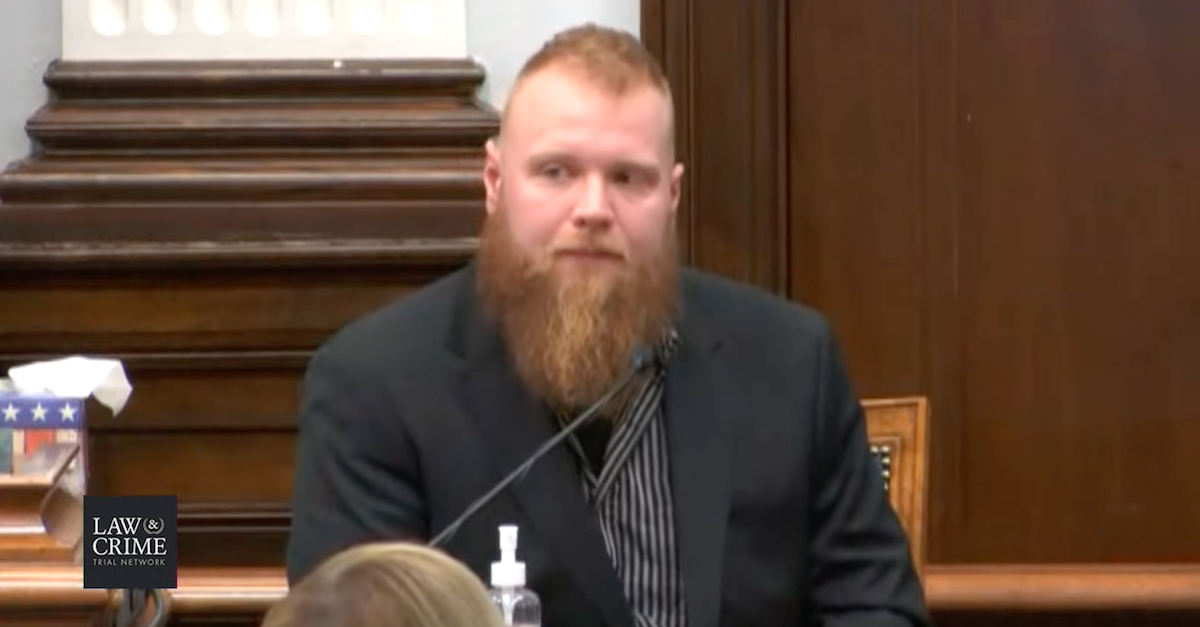 A former roommate and friend of Gaige Grosskreutz testified that he lied on social media about words he attributed to Grosskreutz the day after Kyle Rittenhouse shot and wounded Grosskreutz in Aug. 2020.

“I just talked to Gaige Grosskreutz,” Jacob Marshall’s social media post read. “His only regret was not killing the kid [Rittenhouse] and hesitating to pull the gun before emptying the entire mag into him.”

Grosskreutz, who was armed with a gun, was shot and the bicep and lived; Joseph Rosenbaum and Anthony Huber were killed. Rittenhouse maintains he shot the three men in self defense.

Defense Attorney Corey Chirafisi: He said that to you, correct?

Chirafisi: He didn’t say that to you?

Marshall: He never said that to me.

Chirafisi: You just posted something about your friend — your roommate — that was a lie?

Marshall: I did.  Given the circumstances and all the threats threats received on the internet, I’d never been put in a position like that.  Addresses of ours were posted.  You know — my mother was getting inboxed, my sister.  It was insane with everything going on at the time.  I mean — a bad remark — I was trying to stick up for my friend at that time who — you know — he didn’t know any of this was going on.  He didn’t see the posts.

Chirafisi: You’re not sticking up for him.  You’re saying what he said?

Chirafisi: Hold on.  This post down here.  “Should have killed him right then and there.”  That’s you saying that, right?

Marshall: That is me saying that, yes.

Chirafisi: This post right here is you equating something that Mr. Grosskreutz said to you.

Marshall: I lied. He never said that. Those words had never came out of his mouth.

Prosecutors objected because the question had been asked and answered; the judge overruled the objection.

“So, he never said that?” Chirafisi asked. “You made it all up?”

“One hundred percent made it all up,” Marshall responded. 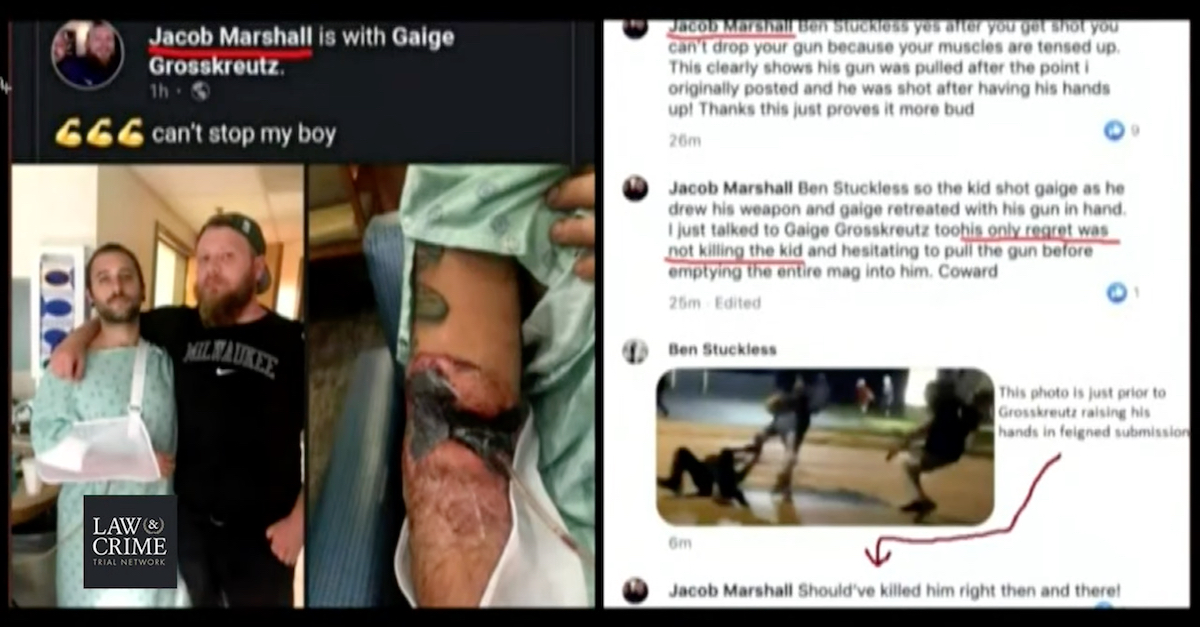 Messages Jacob Marshall posted about Kyle Rittenhouse and attributed to his friend Gaige Grosskreutz were presented to a jury on Nov. 10, 2021. Marshall testified that he lied on social media because he was being attacked by Rittenhouse’s supporters and that Grosskreutz never said the things he attributed to him. (Image via the Law&Crime Network.)

On cross examination, lead prosecutor Thomas Binger asked Marshall to walk the jury through his attempt to keep up with Grosskreutz’s many hospitalizations. Grosskreutz was shifted back and forth among several hospitals, Marshall said; he explained that he was trying to determine whether his friend and former roommate was alive. Marshall said the situation was “traumatic” and that he was “scared” and “worried.” Grosskreutz was listed as an anonymous patient at the hospital, Marshall said. He said he believed supporters of Rittenhouse were sending threatening messages to himself and to his family, including images of guns. He described the messages as being “in the hundreds.”

On re-direct, Chirafisi forced Marshall to again admit that his choice — to lie about Grosskreutz’s words — was a poor way to defend his friend.