Judge Decides to Televise Kimberly Potter Trial After All 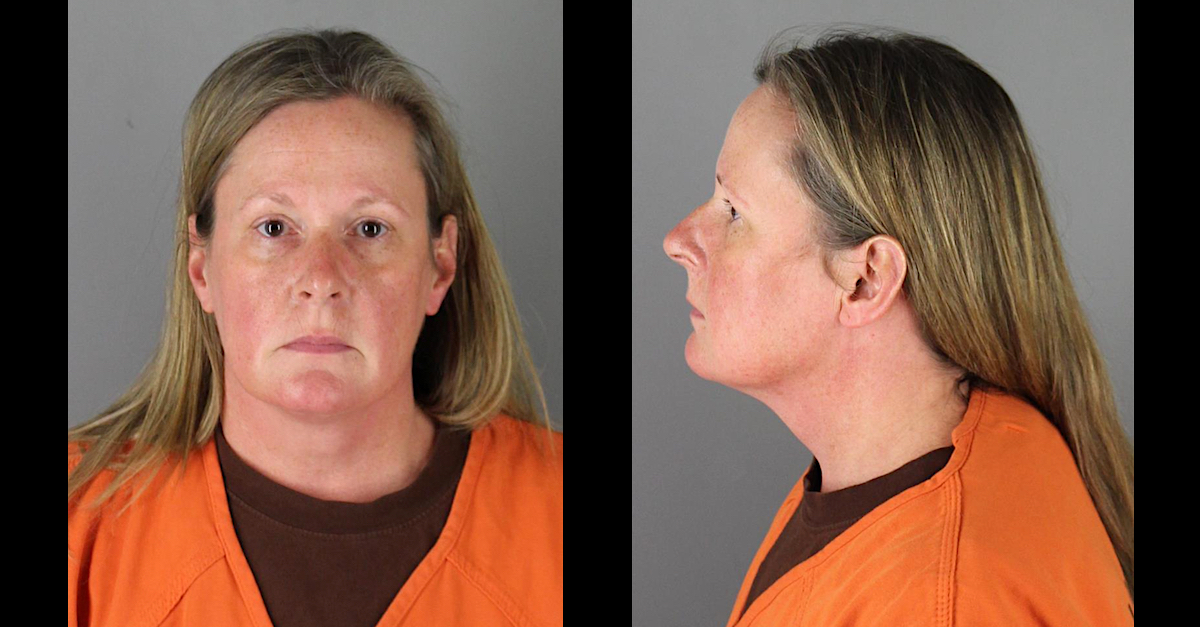 The trial of a former Minnesota police officer charged with shooting and killing a fleeing suspect will be televised after all.

Potter, a former former Brooklyn Center, Minn. police officer, is charged with first-degree manslaughter and second-degree manslaughter in the shooting death of Daunte Wright, 20. During a traffic stop in April, Potter drew her service weapon and fired on Wright as Wright was attempting to flee from custody. Wright took off in a white sedan, crashed nearby, and died. Potter, 48, had warned she was going to use a Taser but instead fired a bullet. Potter yelled “holy shit! I just shot him!” as Wright sped away. 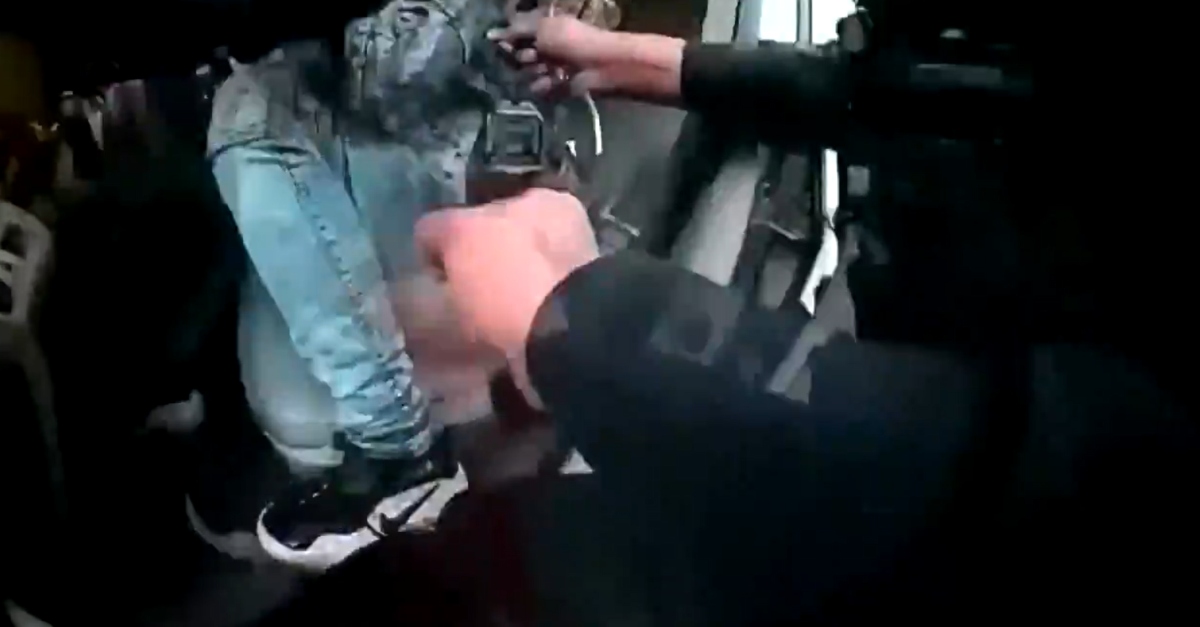 A still frame from Kimberly Potter’s body camera video shows the seconds leading up to the shooting of Daunte Wright.

The Court initially denied audio and video (A/V) coverage of the trial on August 5, 2021. At that time, this Court, like many Minnesotans, anticipated the COVID-19 pandemic would be on the wane by November 30, the trial date. That has not turned out to be the case. The fast- spreading Delta variant has resulted in increasing infections and hospitalizations in the state. The variant poses a threat of infection, even among those fully vaccinated.

Between October 25 and November 7, Hennepin County reported approximately 7,315 new COVID-19 cases. In the last three days, the Minnesota Department of Health has reported 7,173 new COVID-19 cases, marking a continued rise in infection rates. At present, 1,122 Minnesotans are hospitalized with COVID-19, which is the highest figure since 2020. Additionally, approximately one out of every ten COVID-19 tests are coming back positive. If this year’s iteration of the pandemic follows the same trajectory as that of 2020, infection rates may very well double by the date of trial.

Ongoing pandemic concerns are front and center in informing this Court to reconsider its original decision prohibiting A/V coverage. Furthermore, public and media interest in the case appears to be more substantial than originally thought. The 45 seats in the “public overflow” courtroom at the Family Justice Center (FJC) will likely be insufficient to accommodate those who wish to view the trial and there is a risk of crowds gathering at the FJC, exposing staff and those who might seek to attend the trial to the risk of infection. It simply does not make sense given the current state of the pandemic to take unnecessary risks to public health and safety.

Chu, however, also took pains to say what did not influence her decision: a protest outside her personal home. Here, the judge waxed about the apolitical nature of the “independent judiciary”:

The bedrock of our democracy is the rule of law and that means we must have an independent judiciary and judges who can make decisions independent of the political winds that are blowing, protests or attempts at intimidation. Judges sometimes properly change their minds because of changed circumstances—the Court has here. The Court’s decision most emphatically is not a reflexive response to the recent protests at the presiding judge’s home.

“Televising the trial will not and does not violate Defendant’s right to a fair trial,” the judge ruled while overriding Potter’s objections to cameras in court. “The Chauvin trial should allay any trepidations about cameras in the courtroom.”

Cameras in court have had an interesting history as of late in the North Star State. A Minnesota Rule of Practice — Rule 4.02(d) — says judges are only supposed to authorize television coverage of a trial “with the consent of all parties in writing or made on the record.” In Derek Chauvin’s recent high-profile murder trial, prosecutors originally did not consent; Chauvin (and his co-defendants) all did.

A coalition of news organizations noted that no collision of constitutional rights was present since it is the defendant, not the government, who holds a Sixth Amendment right to a “public trial.” Judge Peter Cahill ultimately determined that Chauvin’s trial would, indeed, be televised. When the trial concluded, the same prosecutors who once objected to cameras in court issued a stunning about-face:  they wrote that Chauvin was convicted in an atmosphere of “judicial serenity and calm” that contained no hint whatsoever of “bedlam,” “kangaroo court proceedings,” or a “carnival atmosphere pervad[ing] the trial.” Looking back, the Chauvin trial was — in those prosecutors’ minds — “televised in a supremely decorous and unobtrusive manner.”

Judge Chu’s order moves the law a step forward for transparency advocates: Potter, the defendant, was the one who objected to televised proceedings of her own case; Chu suggested that didn’t matter.