‘I Cut Her Head Off and Set Her on Fire’: Ohio Man Allegedly Killed and Decapitated Adoptive Mother in Front of a Child, Blamed the ‘Holy Spirit’ 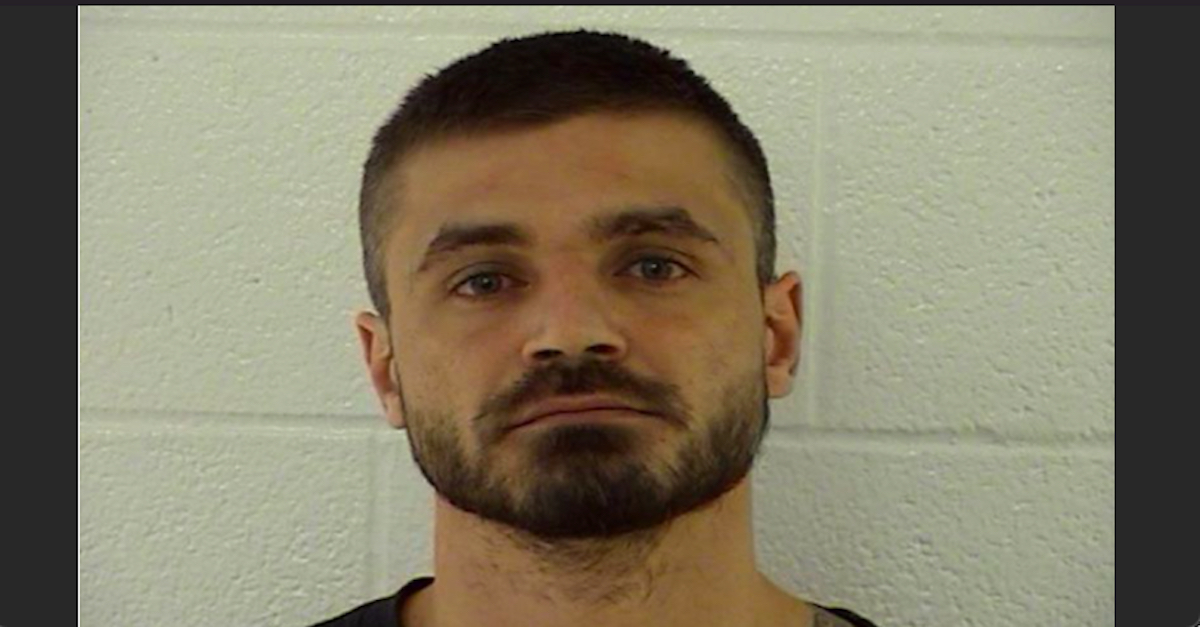 Authorities in Ohio arrested and charged a 34-year-old man accused of killing his adoptive mother before sawing off her head and setting her body and house on fire. Investigators reportedly said that Lionel Justin Gore admitted to the slaying of Diane Gore, saying “the Holy Spirit made him do it” and that the victim “was the devil.”

According to an affidavit from obtained by the Charlotte Observer, 911 dispatchers with the Washington County Sheriff’s Office on Saturday evening received an emergency call about a structure fire at a home in the 100 block of Cemetery Drive in New Matamoras at approximately 6:20 p.m. The address was reportedly known to be the home of Diane Gore. The call triggered responses from the sheriff’s office, the Grandview Township Fire Department, as well as the state fire marshal.

Upon arriving at the scene, detectives met with Diane’s sister, Stephanie Williams, who reportedly said she had arrived a short while earlier to find the house on fire.

Williams reportedly told investigators that when she got to her sister’s home she saw Diane’s adopted son Lionel Gore, who was “covered in blood,” storming out of the house. Per the affidavit, he told her to “Get out of the way or I’ll kill you next,” before getting in his vehicle and fleeing the scene. Williams said she attempted to enter the house but could not because of the growing flames.

Deputies reportedly spoke to Lionel Gore’s 6-year-old nephew, who allegedly witnessed the horrific events that took place in the moments before the blaze.

The boy reportedly told investigators that he witnessed Lionel holding a knife and “sawing at [Diane Gore’s] neck.” He reportedly said Lionel began the decapitation using a smaller knife, then retrieved a larger knife and continued sawing. The suspect then set the house on fire with the boy still inside, forcing the child to “crawl out” on his own due to the smoke, per the affidavit.

Grandview Township firefighters reportedly located a headless body in the master bedroom of the home. The victim’s severed head was reportedly next to her torso.

Deputies with the sheriff’s office located Lionel’s car and a brief chase ensued. Deputies said they were able to take Lionel Gore into custody, but not before his vehicle struck the vehicles of two deputies. Lionel Gore was transported to Wetzel County Hospital to have his injuries treated.

The Marietta Times reported that Sheriff Detectives Sgt. Scott Smeeks and Lt. Bryan Lockhart went to the hospital and read the suspect his Miranda rights before speaking to him about what happened to his mother. The suspect reportedly responded by saying that he was adopted and Diane Gore was not his mother.

After initially being uncooperative, the detectives said Lionel Gore asked to go to the bathroom. When he returned, he reportedly sat down on his bed, looked at Lockhart and said, “I cut her head off and set her on fire.”

“The sheriff’s report notes Lionel said he killed Diane because the Holy Spirit told him to as she was the devil,” the Marietta Times reported.

After he was treated, Gore was reportedly taken to Wetzel County Jail on charges stemming from the car chase, though Washington County Prosecutor Nicole Coil told the Marietta Times that more serious charges are imminent.