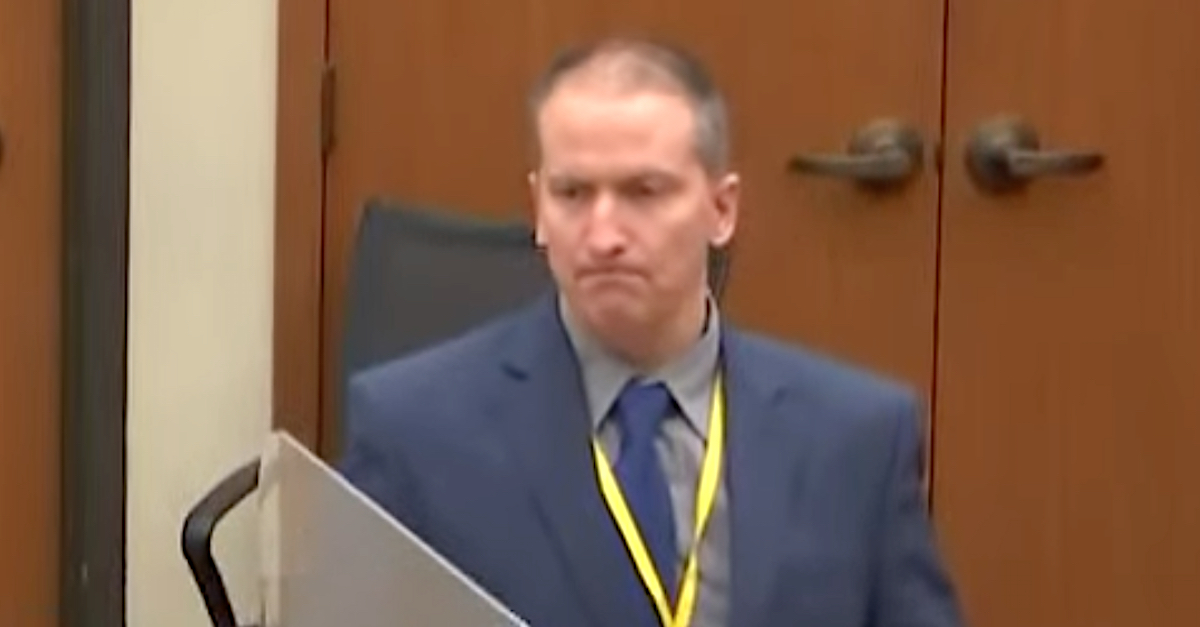 In a 77-page consolidated document which refutes a series of post-conviction motions by Derek Chauvin, the same prosecutors who last November sought to prevent live television coverage of the murder trial in George Floyd’s death now say Chauvin was convicted in an atmosphere of “judicial serenity and calm” which contained no hint whatsoever of “bedlam,” “kangaroo court proceedings,” or a “carnival atmosphere pervad[ing] the trial.” Looking back, the Chauvin trial was in the prosecutors’ minds “televised in a supremely decorous and unobtrusive manner.”

Those words were among the government’s responses to attempts by defense lawyer Eric J. Nelson to undo Chauvin’s guilty verdicts on the notion that the trial should have been held outside Hennepin County, Minn., which surrounds and includes Minneapolis, because pretrial publicity influenced the jury. Prosecutors, who are now naturally anxious to preserve their victories, say an impartial jury was properly empaneled from within Hennepin County itself and that there was no need to move the case elsewhere.

“The Court’s courtroom management ensured that Defendant received a fair trial, at the conclusion of which an impartial jury unanimously convicted him on all three counts,” the prosecution wrote. “This Court should soundly reject Defendant’s baseless request to undue [sic] an outcome he dislikes.”

The prosecution further said Chauvin was grinding little more than an “unsupported assertion” that pretrial “publicity — which began with a cell-phone video and extended across the globe — somehow prevented Defendant from receiving a fair trial in Hennepin County.”

Despite the issue of venue being legally distinct from the issue of media access, the state’s language in defense of the verdict is somewhat of a logical about-face given the state’s lengthy attempts late last year to avoid live broadcast coverage of the case. And it serves as a de facto affirmation from prosecutors that the trial was broadcast by many networks — including the Law&Crime Network — without a hitch.

Prosecutors on November 25, 2020, wrote that “[t]he State absolutely welcome[d] a public trial” but argued that the proceeding should not be broadcast to the public “to protect the privacy and safety of witnesses, to safeguard them from undue publicity and harassment that might make them reluctant to testify, and to thereby ensure that the trial may best perform its truth-seeking function.”

The state’s fear back then was that the broadcasts would scare away witnesses.

“The First Amendment’s core purpose in ensuring ‘[p]ublic scrutiny’ of this criminal trial can readily be met without live audio and video recording and broadcasting,” prosecutors said in that Nov. 25 argument. “Even without a public broadcast, reporters will be able to observe the proceedings via closed-circuit television, and will be able to report in extensive detail to the interested public on what takes place during the trial. Members of the public will also be able to observe the proceedings in overflow rooms equipped with closed-circuit television.”

The state’s November arguments did not propose that the witnesses might eventually be lauded as heroes — which in many echelons has occurred.

Prosecutors late last year were also unmoved by the suggestion that many would-be trial watchers would not be afforded seats to watch the proceeding in person given the social distancing measures employed during the novel coronavirus pandemic.

“Requiring social distancing and limiting attendance on a first-come-first-served basis is just a classic ‘time, place, and manner’ regulation a court may reasonably impose on public access to courtrooms,” prosecutors said in their November argument.

Nor were they willing to let those who couldn’t see the case in person watch the trial from home.

“There is no constitutional right to audio or video broadcasting of the proceedings in this or any other criminal case,” the prosecution continued. “Nor is there a constitutional need for such a capacious order here.”

The rule at the heart of the prosecutors’ November arguments was a Minnesota Rule of Practice — Rule 4.02(d) — which says judges are only supposed to authorize television coverage of a trial “with the consent of all parties in writing or made on the record.” Prosecutors did not consent; Chauvin (and his co-defendants) all did.  A coalition of news organizations noted that no collision of constitutional rights was present since it is the defendant, not the government, who holds a Sixth Amendment right to a “public trial.”

Though the judge didn’t say it explicitly, the order alleviated security concerns by allowing witnesses, attorneys, judicial officials, and the defendant to come and go without having to jockey through dozens or hundreds of spectators during a pandemic who might attempt to view the proceedings daily. Those who wished to watch were mostly viewing proceeding remotely.

The November request to ban broadcast coverage of the case was signed by Assistant Minnesota Attorney General Matthew Frank, but it also contained the names of Attorney General Keith Ellison and special attorneys Neal Katyal and Sundeep Iyer for the state in its signature block.

This week’s motion, which argued that publicity did not negatively impact the verdict, was signed by and bears the name of the same exact individuals. But it also added the names of attorneys Nathaniel Avi Gideon Zelinsky, Harrison Gray Kilgore, and Victoria Joseph, all of whom are helping with the prosecution.

Read the prosecution’s full 77-page memorandum below.  It touches on these subjects and many others: