Prosecutors Seeking Justice for George Floyd Are Wrong. This Murder Trial Needs to Be Televised. All of It. 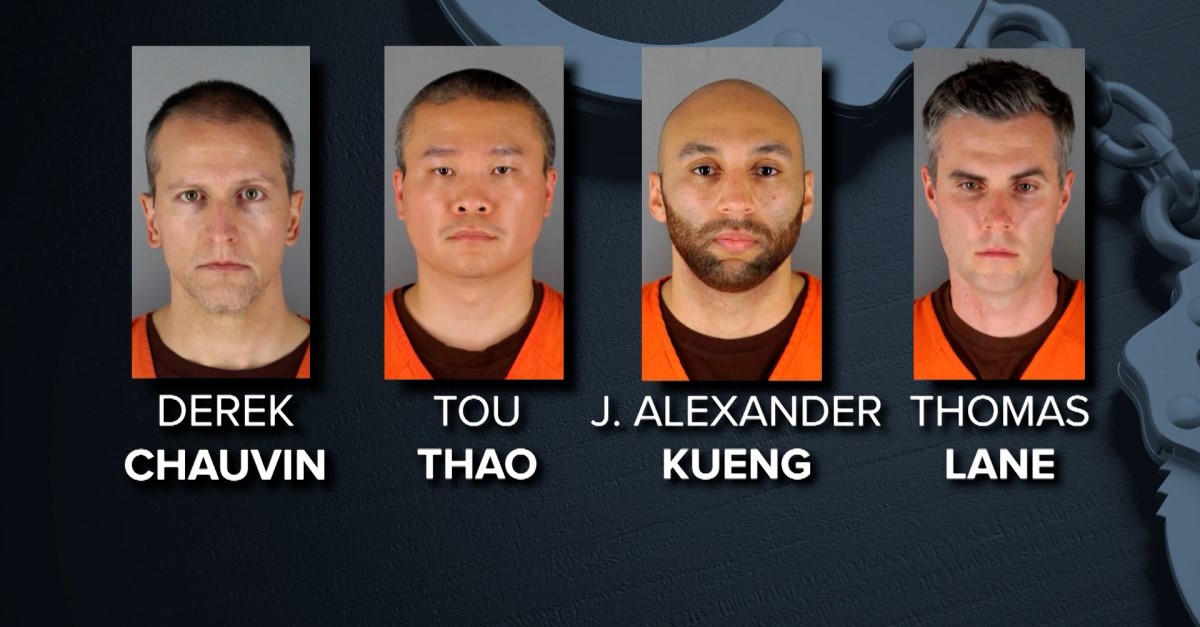 Former police officers Derek Chauvin, Tou Thao, Thomas Kiernan Lane, and J. Alexander Kueng are going to stand trial for crimes related to the death of George Floyd. The trial judge, Hennepin County Judge Peter Cahill, ruled that the proceedings would be broadcast and livestreamed. The prosecutorial team, led by Minnesota State Attorney General Keith Ellison (DFL), and joined by former acting U.S. Solicitor General Neal Katyal, is insistent that the court reconsider its ruling on publicity; they argue that Judge Cahill’s order is not only ill-advised, but also illegal without their consent.

Prosecutors said in their motion for reconsideration on the issue of media coverage that “The Minnesota General Rules of Practice strike a careful balance between public access to criminal trials and the rights of parties and witnesses.” Those rules allow audio or video recordings of criminal trials – but only when both the prosecutors and the defendants agree.

Whatever the limitations required by the Minnesota General Rules of Practice, Ellison and his team have gotten the issue all wrong. They should not only consent, but rather enthusiastically invite cameras into this courtroom. As prosecutors, their client is the public – and few cases demand public scrutiny and access more than this one does.

It’s not unusual for prosecutors to attempt to limit media exposure in high-profile prosecutions. Media hysteria can, for example, make finding an impartial jury a more laborious process. Moreover, like most people, prosecutors aren’t often keen on having the public second-guess their work, or the performance of their witnesses.

There are times, though, when compelling reasons to welcome the cameras simply outweigh any valid concerns.

Without losing sight of the heartbreakingly needless loss of the man himself, the death of George Floyd has become about much more than Floyd the individual. The case sparked a national awakening, tipping public consciousness toward a new level of recognition of some unacceptable deficits woven into the fabric of our society.  Sure, Black Lives Matter existed before Floyd’s death, but the BLM protests that ensued during the COVID-19 pandemic may have constituted the largest movement in U.S. history.

There are no quick solutions to either the problem of racial injustice or the too-common willful blindness toward it. There are, though, some things that could seriously help. Robust, unfettered televised coverage of the Chauvin, Tou, Lane and Kueng trial is a good place to start.

The state’s argument – that the Sixth Amendment’s goal of transparency— can “readily be achieved with overflow rooms and closed-circuit cameras,” misses the point spectacularly. The Constitution does not guarantee rights to a handful of people who can easily travel to Minnesota, but to the public at large.

Americans need to see how this trial is going to go down. They need to see prosecutors present evidence against the defendants, and they need to see a judge rule on evidentiary disputes. They need to watch in real time, as prosecutors earnestly and zealously seek a conviction of the man who kneeled on Floyd’s neck and continued doing so even after it was apparent to bystanders that the handcuffed Floyd, lying prone, had fallen unconscious. Americans need these things as much to heal, as to understand.

Attorney General Ellison is as much a member of law enforcement as is any police officer, and courtroom cameras are his body cameras. Video footage will help a legal outsider appreciate the machine of the criminal justice system. Watching Chauvin and the others be fed through that machine will give the public more than simple satisfaction – it will showcase the inner workings of a system that, while imperfect, operates in pursuit of justice. The Chauvin prosecution is about a group of government employees accused of shockingly abusing their authority while the whole country watched. What better way to bring the scales of justice in closer balance than to allow the public to watch again, as another group of government employees attempts to bring those alleged wrongdoers to task?

There are also four different defendants, who will present four different defenses. Understanding those nuances could help the public understand potentially differing verdicts as well. The value of media coverage is not just that it will promote a sense of general fairness, but also that it will assist viewers in unraveling the specifics of Floyd’s death; for many, details about context will shade their current understanding of the facts. With electronic access to the proceedings, viewers can evaluate things like witness credibility, victim impact, and defense theories directly, not through a perpetual lens of interpretation. Unfiltered facts have real power, and in this case, may be the only thing with any power to ebb away at the massive divide among Americans.

In addition to their other arguments, prosecutors contended in their motion for reconsideration that media access would threaten the security of witnesses.  “Ordinary citizens have been thrust into these proceedings simply because they witnessed George Floyd’s death,” they argued. “They should not be forced to sacrifice their privacy or suffer possible threats of intimidation when they perform their civic duty and testify.”

Ellison’s attempt to hinge his argument on witness privacy is unconvincing. Witnesses in the George Floyd case won’t be the first witnesses to take the stand in a high-profile case. From mob prosecutions to gang violence, domestic abuse to sexual predation, criminal prosecutions are, by their nature, sensitive. Witnesses will always face risks of scrutiny, ridicule, and intimidation. There are mechanisms to mitigate those risks, and while they may not be perfect, there’s no reason to believe they’re any less potent in this case than in others. Courtrooms were built with galleries so the public could watch the system at work.

While protecting potential witnesses from possible intimidation over testimony not yet given is certainly important, that intimidation is hypothetical (and not prevented by excluding the camera either). The public’s need to observe the trial, by contrast, is not.

Prosecutors also argue that publicity in this trial will create a slippery-slope.”Taken to its logical conclusion,” the state argues, “the Court’s Order would require live broadcasting of nearly every high-profile trial where interest exceeds courtroom capacity.” Not so. Judges will still have discretion to exclude cameras including in cases involving children or which raise other broad concerns. States around the country that allow cameras in court also leave that decision to the judge based on a variety of factors.

The prosecution of Chauvin, Thao, Lane, and Kueng, also isn’t “every trial.” This is a case that created a tidal wave of worldwide momentum, sparked global protests during an equally global pandemic, and changed the game on police, protest, and patriotism.

If there were ever a case that warranted broadcasting gavel-to-gavel, this is it.