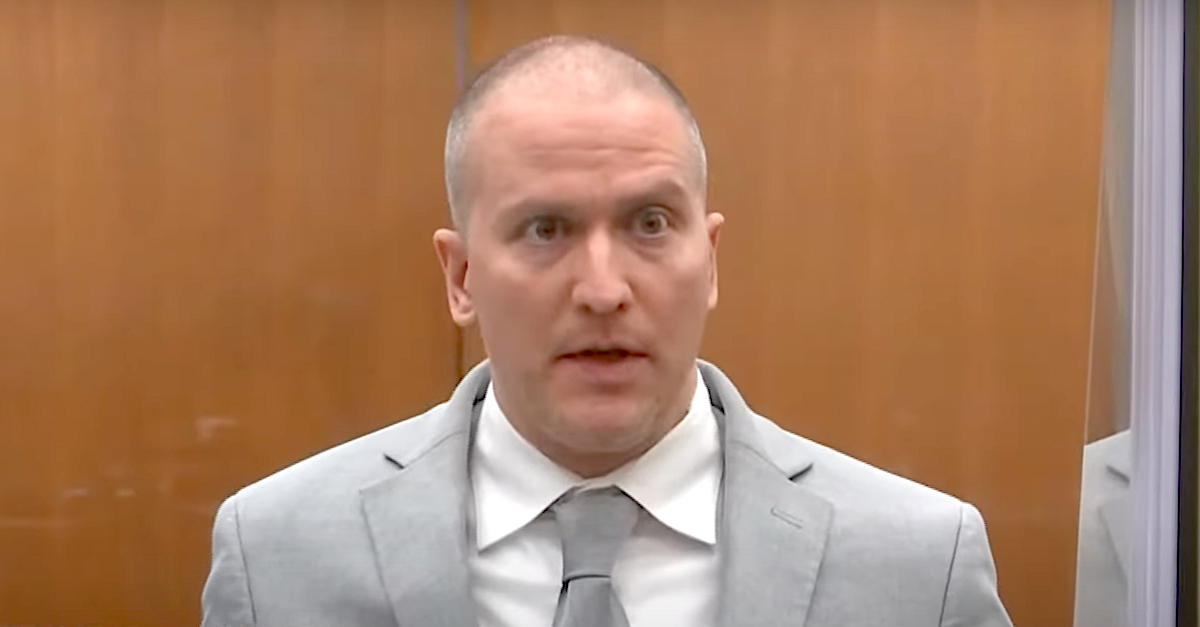 Derek Chauvin appears at a June 25, 2021 sentencing hearing in a Minnesota state district court.  Cameras were not allowed in his Dec. 15 federal change of plea hearing because cameras are not allowed in federal courts as a general rule.

Chauvin, 45, was sentenced on June 25, 2021 to 22.5 years in a state facility for murdering George Floyd, Jr. in Minneapolis on May 25, 2020. The federal sentence agreed to on Wednesday — if it is fully approved by a judge — could add two and a half years to the former police officer’s maximum possible term of state incarceration. However, there are many caveats, the judge noted, which we will more fully explain below.

According to a plea agreement, Chauvin admitted guilt on count one of an indictment involving the death of Floyd.  He also admitted guilt on count one of a felony information surrounding a separate incident in 2017 involving an unnamed juvenile.  The latter case was previously charged separately from the matter involving Floyd, but prosecutors effectively merged the cases just moments before the plea hearing was set to begin through the filing of the additional felony information document.

To commence the plea proceeding, Senior U.S. District Judge Paul Magnuson, a Ronald Reagan appointee, encouraged everyone present to “periodically read the Bill of Rights,” the New York Times reported. The comment appears to have been connected to the designation of Dec. 15, the date of the proceeding, as “Bill of Rights Day.”

When asked about changing his previous not guilty plea, Chauvin responded by acknowledging his legal about-face.

“At this time, guilty, your honor,” the defendant responded when asked how he wished to change his plea. 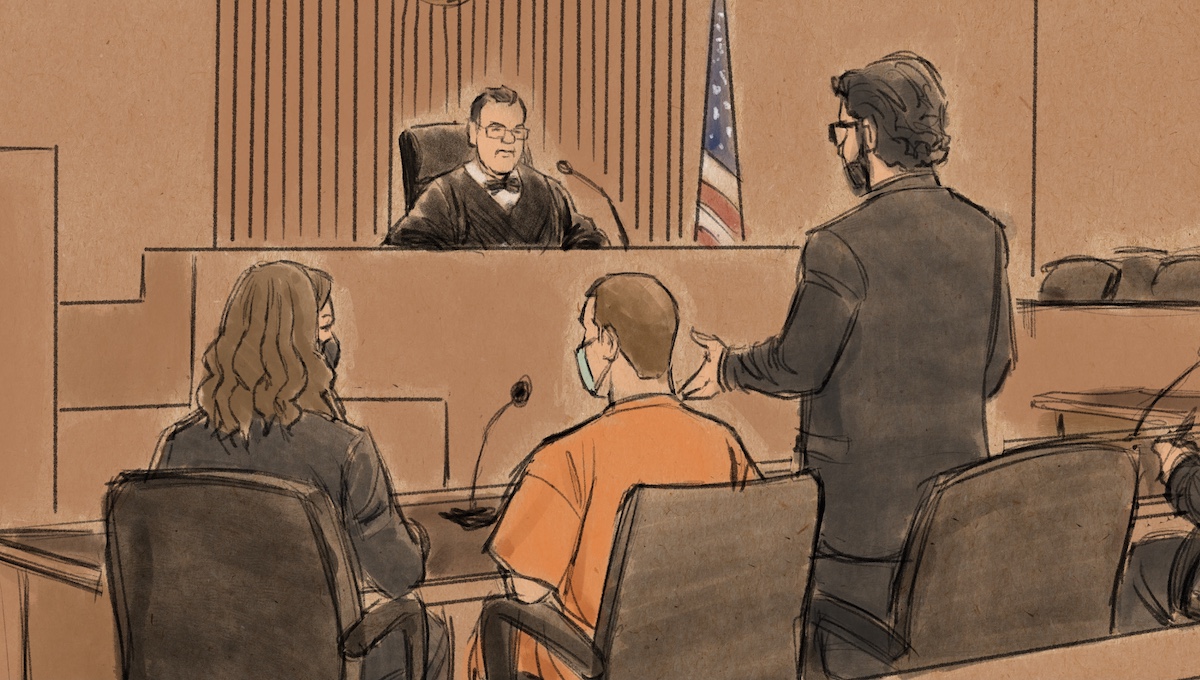 According to a pool report by Brian Bakst of Minnesota Public Radio, at least nine of Chauvin’s relatives and supporters were present. They included Carolyn Pawlenty, Chauvin’s mother. Also present were George Floyd’s brothers Philonise, Rodney and Terrence. Courteney Ross, Floyd’s girlfriend, cried as prosecutor Allen Slaughter, Jr., recited the facts of the case; Philonise Floyd bowed his head during that portion of the proceeding.

“There were times when the Chauvin relatives exhaled noticeably and looked over at the Floyd family,” Bakst wrote from inside federal court while observing the proceeding. “As Chauvin entered the courtroom, he offered a wave at those there for him. He pulled his surgical mask down at one point to say something to a woman at the end, but covered his mouth with his hand.”

Chauvin’s plea agreement document says prosecutors will recommend “a sentence of imprisonment of no less than 240 months [20 years] and no greater than 300 months [25 years].” Per those terms, Chauvin will be “expected to serve no less than 204 months and no greater than 255 months” in prison, assuming credit for his anticipated good behavior. The later caveats indicate that Chauvin’s actual incarceration will involve a time frame of somewhere between 17 years and 21 and one-quarter years. 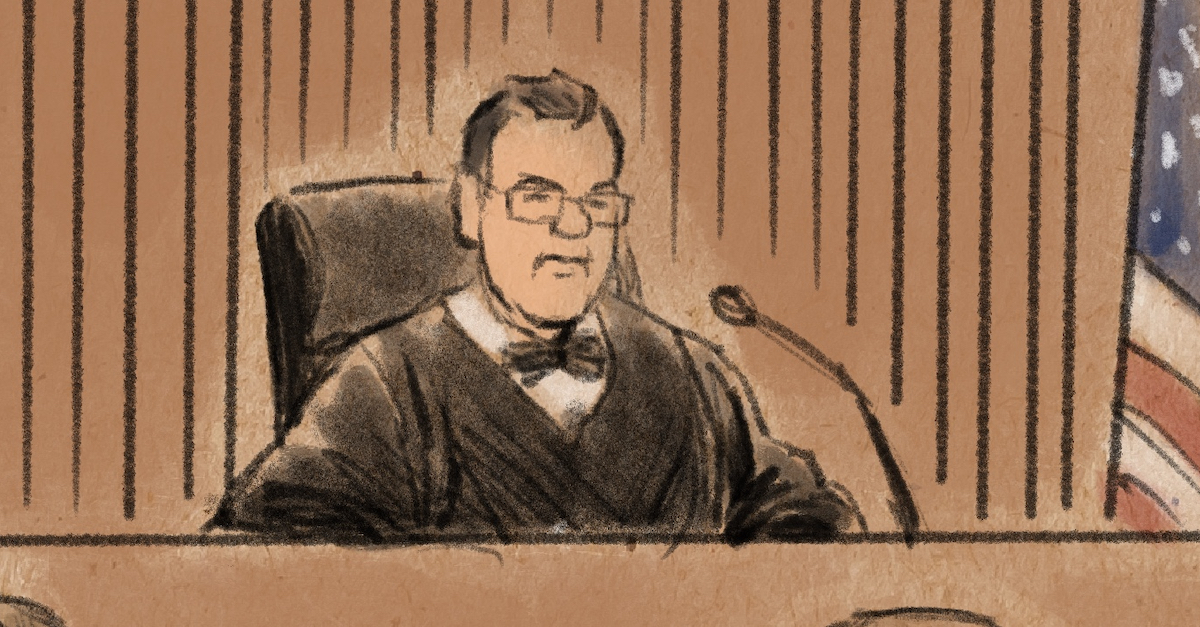 Judge Magnuson reminded Chauvin that he could have faced a life sentence had he taken the federal case to trial and subsequently been convicted. The judge also noted that in federal court, defendants generally serve 90% of their sentences behind bars; he suggested the total period of incarceration might last between 18 and 22 and one-half years (depending on the final sentence). In a state court, the judge noted, defendants generally serve approximately two-thirds of their sentences behind bars.

Chauvin hinted at the possibility of a federal plea when he was sentenced on state-level charges in June.

“Due to some additional legal matters at hand, I’m not able to give a full, formal statement at this time,” Chauvin said on June 25. “Very briefly, though, I do want to give my condolences to the Floyd family. There’s going to be some other information in the future that would be of interest, and I hope things will give you some peace of mind.”

Chauvin was charged on May 6, 2021, under a multi-count federal indictment that also named fellow officers Tou Thao, J. Alexander Kueng, and Thomas Kiernan Lane as alleged violators of Floyd’s constitutional rights. The grand jury originally alleged two counts as to Chauvin — Count 1 and Count 3 of the indictment. Count 2 applied only to Thao and Kueng. All three counts alleged a deprivation of rights under color of law.

However, on Wednesday, just before the proceeding began, prosecutors filed a separate felony information against Chauvin.  It tied Chauvin’s 2017 treatment of a 14-year-old Black juvenile to the docket that originally involved only the allegations as to Floyd. The 2017 case involving the juvenile was previously charged separately.

The felony information — to which Chauvin agreed to plead guilty — alleges that Chauvin deprived the rights of the teen “without legal justification” by ” holding him “by the throat” and striking him “multiple times in the head with a flashlight.” The accusations in the separate felony information “included the use of a dangerous weapon — a flashlight — and resulted in bodily injury,” the terse document points out. 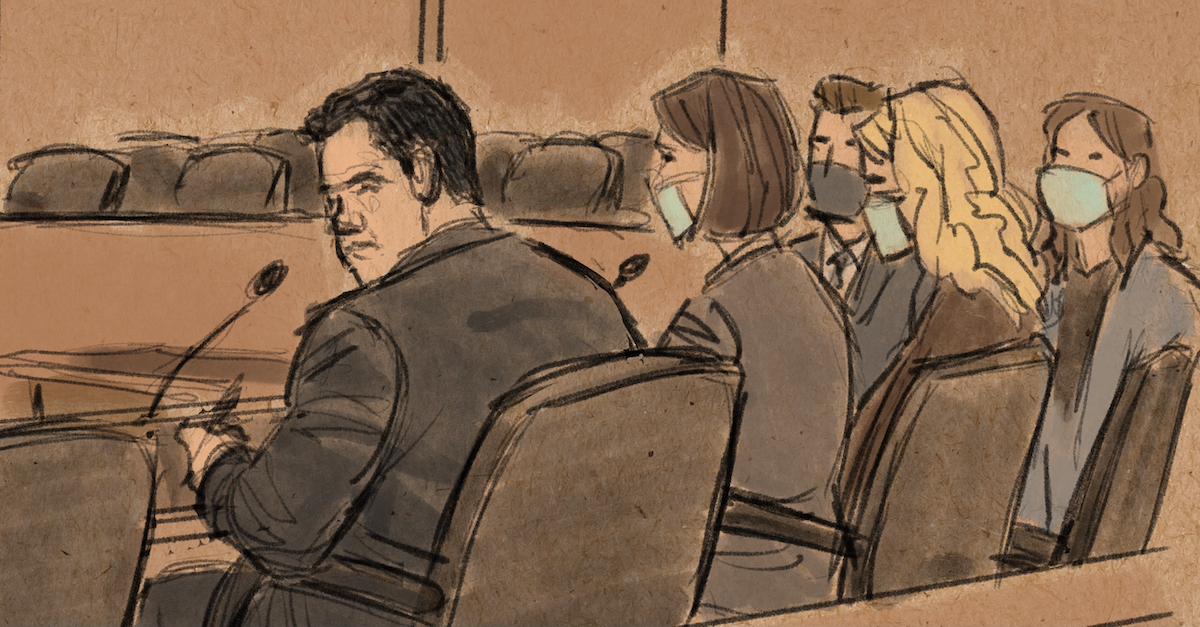 The teen from the 2017 case and Bob Bennett, his attorney, were present in court for Chauvin’s change of plea, Bakst wrote.

“It’s a good day for justice,” Philonise Floyd said to the unidentified male who was the subject of the 2017 case in a courtroom hallway after the plea proceeding ended.

Thao, Kueng, and Lane have all pleaded not guilty; their state and federal cases remain pending. Lawyers for at least two of the other officers were present during Chauvin’s change of plea hearing.

“Defendant Chauvin has pleaded guilty to two federal civil rights violations, one of which led to the tragic loss of George Floyd’s life,” Garland said. “While recognizing that nothing can repair the harm caused by such acts, the Justice Department is committed to holding accountable those who violate the Constitution, and to safeguarding the civil rights of all Americans.”

Chauvin’s complete plea agreement is below:

[Editor’s note: this piece has been updated with additional details.]