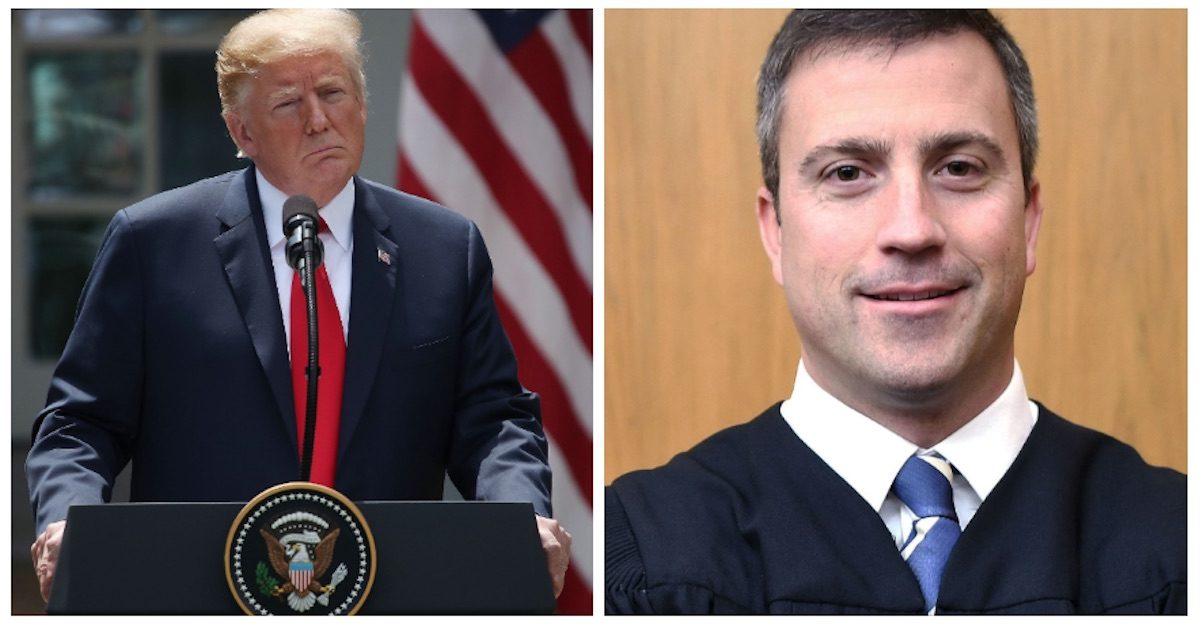 Former President Donald Trump is appealing a federal judge’s Tuesday ruling which dismissed his case against the House committee seeking his tax returns, an effort Trump claims is an illegitimate attempt to “obtain and expose” his personal financial information.

“[Trump] marshals an array of evidence suggesting the Committee’s purported interest in the Presidential Audit Program, an IRS policy that requires audits of the sitting President, is a subterfuge for improper motives—like exposing his returns. He also raises legal arguments against the statute on which the Committee relies,” wrote U.S. District Judge Trevor McFadden, who was appointed by Trump in 2017 after serving in the former president’s Justice Department.

“But even if the former President is right on the facts, he is wrong on the law,” McFadden continued. “A long line of Supreme Court cases requires great deference to facially valid congressional inquiries. Even the special solicitude accorded former Presidents does not alter the outcome. The Court will therefore dismiss this case.”

In June 2021, Rep. Richard E. Neal (D-Mass.), the Chairman of the House Ways and Means Committee, requested Trump’s tax returns from 2015 to 2020 from the U.S. Treasury Department. In his request, Neal said that the committee was considering “the extent to which the IRS audits and enforces the Federal tax laws against the President.” Neal said that IRS policy, called the Presidential Audit Program, required a mandatory examination of the President’s tax returns.

“As evidence, Intervenors include in their pleading dozens of statements by Members of the Committee and other Democrats,” McFadden wrote. “These statements show a years-long obsession of congressional Democrats to expose President Trump” and “raise questions about the 2021 Request’s purported object.”

Judge McFadden, however, ultimately found that Neal’s 2021 request was facially valid because its stated purpose was to study the Presidential Audit Program.

“Troubling as Intervenors’ evidence may be, the Committee need only state a valid legislative purpose,” McFadden wrote. “It has done so. A faithful application of binding precedent blocks the Court from any further analysis, whatever Intervenors might say about the motives behind the Committee’s request.”

But McFadden, who donated to Trump’s 2016 presidential campaign, appeared to issue a warning to Neal and the House committee.

“If Chairman Neal’s true interest in the former President’s tax returns is indeed to better understand the Presidential Audit Program, he will doubtless be able to accomplish this objective without publishing the returns,” McFadden wrote. “Public disclosure of another’s tax returns is a grave offense, and prior committee chairmen have wisely resisted using § 6103(f) to publicize individuals’ returns.”

McFadden implied that Neal is a “political rival” of Trump and warned that publishing his tax returns could come back to haunt Democrats in the future.

“Anyone can see that publishing confidential tax information of a political rival is the type of move that will return to plague the inventor,” McFadden wrote at the end of the opinion. “It might not be right or wise to publish the returns, but it is the Chairman’s right to do so. Congress has granted him this extraordinary power, and courts are loath to second guess congressional motives or duly enacted statutes. The Court will not do so here and thus must dismiss this case.”

McFadden ordered that his ruling be stayed for 14 days, giving Trump the chance to appeal to U.S. Court of Appeals for the District of Columbia Circuit.

Two notices of appeal were on the docket Wednesday: the original notice, and then an amended one. The first appears to have a typo, having added an extra number to a court filing referenced in the notice.

You can read McFadden’s ruling and Trump’s amended notice of appeal, below.