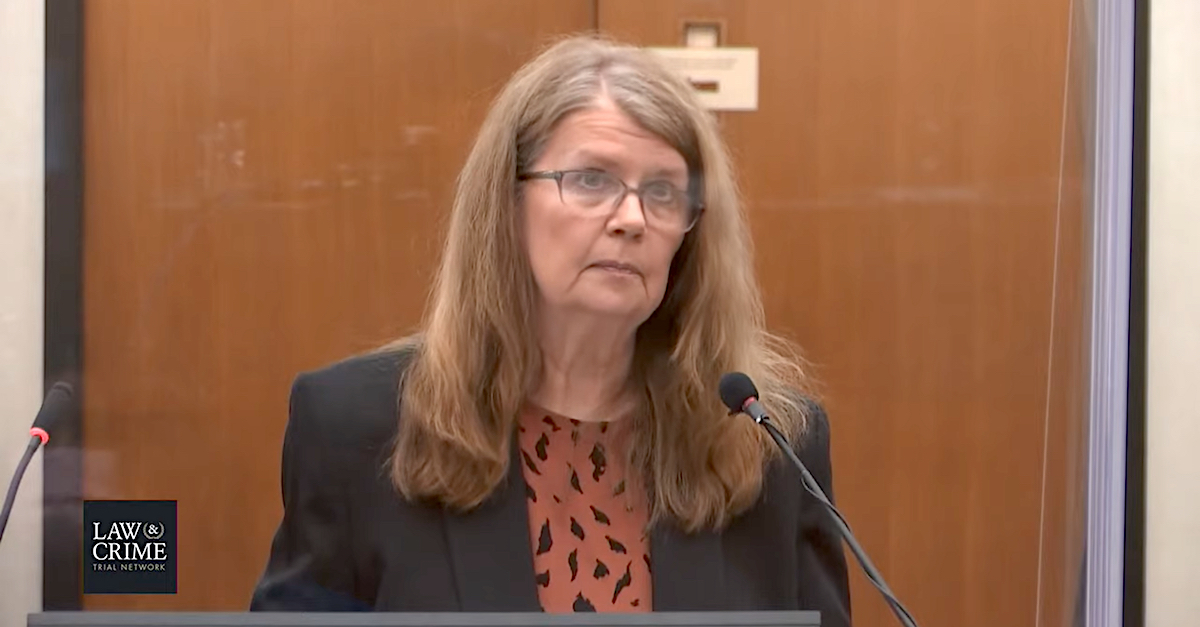 The mother of Derek Chauvin spoke at her son’s sentencing hearing Friday. She defended the character of her “favorite son” by saying that the ex-cop and convicted murderer is a “good man” who is “loving and caring.”

“It has been difficult for me to hear and read what the media, public, and prosecution team believe Derek to be an aggressive, heartless and uncaring person. I can tell you that is far from the truth,” Carolyn Pawlenty said in court Friday. “My son’s identity has also been reduced to that as a racist. I want the court know that none of these things are true and that my son is a good man.”

“Derek, I want you to know I have always believed in your innocence, and I will never waiver from that,” Pawlenty said.  “I have read numerous letters from people around the world that also believe in your innocence.”

“Derek always dedicated his life and time to the police department even on his days off, he would call in to see if they needed help,” Pawlenty continued. “Derek is a quiet, thoughtful, honorable, and selfless man. He has a big heart and has always put others before his own. The public will never know the loving and caring man he is. But his family does. Even though I have not spoken publicly, I always supported him 100% and always will.”

“I believe a lengthy sentence will not serve Derek well,” Pawlenty added. “When you sentence my son, he will also be sentencing me.”

Pawlenty recounted pinning her son’s police badge on his chest when he was sworn into the force.

“No matter where you go, where you are, I will always be there to visit you.  I promise you I will stay strong, as we talked about, and I want you to do the same for me.  I will do what you told me to do:  take care of myself.  So, I will be here for you when you come home.  Remember:  there is no stronger bond or love than a mother’s love.”

She concluded by calling Derek Chauvin her “favorite son.”

Not once did Pawlenty mention George Floyd by name or address his family.