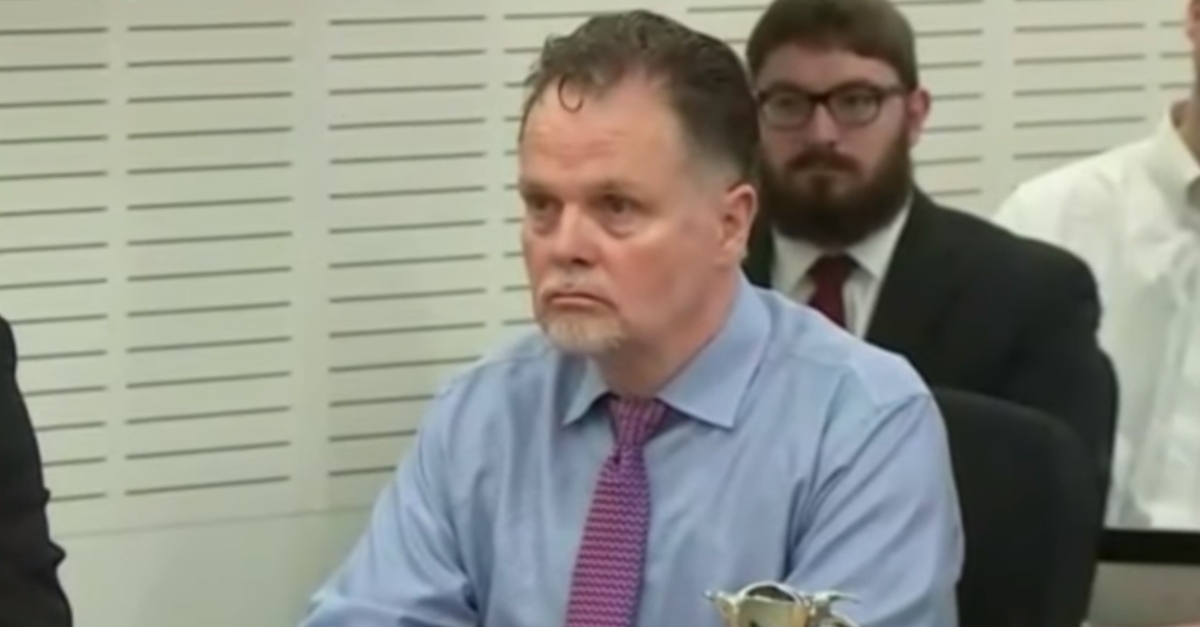 In closing arguments at Merritt’s sentencing hearing, prosecutor Britt Imes highlighted the brutality of the act. The defendant brutally beat the victims and left them dead in two shallow graves in the Mojave desert because he owed the family patriarch tens of thousands of dollars, Imes said. The victims disappeared in 2010, and weren’t discovered until over three years later in 2013. The defense tried to show that this was a close case, and attempted to appeal to any lingering doubt the jurors may have had. They had argued at trial that another business partner could’ve been responsible for the murders.

#McStay – Imes shows the pieces of Summer McStay’s skull, “…up close and personal blunt force that had to be used to cause that damage. That is some rage. That is some anger.” pic.twitter.com/QKctcJ3elO

#McStay – Prosecutor Imes finishes his portion of the closing argument, “The totality of the evidence that you saw justifies only one verdict and that’s death.” Lunch break until 1:30 p.m. PT/4:30 p.m. ET. Prosecutor Sean Daugherty will begin his portion after the lunch break. pic.twitter.com/lED7JG1Ig9

Imes acknowledged the lack of forensic evidence. This lack of evidence was caused by the fact that it took 10 days before the McStays were reported missing, and that their bodies were left undisturbed in graves for over three years. Imes argued, however, that even after all this time passed, the bodies showed that this was a brutal murder. Merritt used more force than was needed to simply end their lives, Imes said. For example, there’s the state of Summer McStay’s skull. This wasn’t just a killing.

California has had a moratorium on capital punishment in place since March. The state wasn’t prolific in executing inmates in recent decades, and hasn’t executed anyone since 2006, even though there are hundreds of inmates on death row.