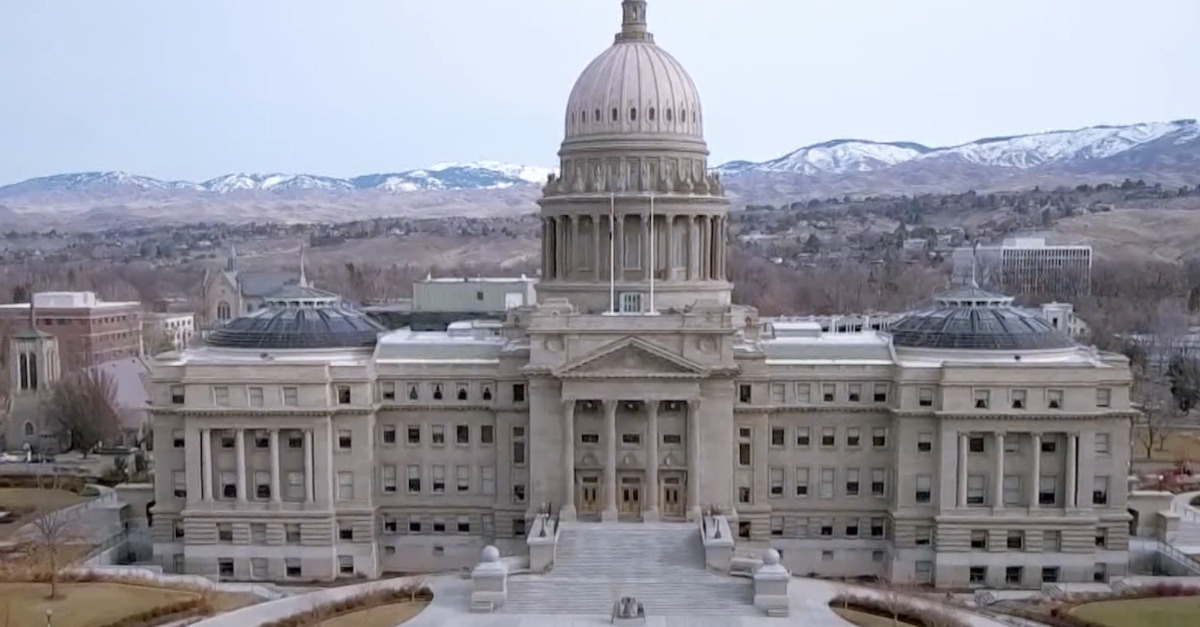 Idaho’s H.B. 675, a law that would make it a felony punishable by up to life in prison to provide minors with hormones, puberty blockers, or surgery to affirm a minor’s gender identity, made it out of committee Monday. The controversial legislation now heads to the Idaho House of Representatives, which has a conservative supermajority.

H.B. 675 amends Idaho’s current state law outlawing female genital mutilation and expands the conduct that would give rise to the same criminal penalties. The proposed changes would strike the word “female” from the act’s title, leaving it to be called, “Genital Mutilation of a Child.” The law makes it a felony to knowingly engage in practices to “circumcise, excise, infibulate, or mutilate the reproductive organs and parts of a child,” when the purpose of those actions is, “attempting to change or affirm the child’s perception of the child’s sex if that perception is inconsistent with the child’s biological sex.”

The bill goes on to detail an extensive list of medical procedures that are specifically forbidden, listing:

(b) Performing a mastectomy;

(c) Administering or supplying the following medications that induce profound morphologic changes in the genitals of a child or induce transient or permanent infertility:

(i) Puberty-blocking medication to stop or delay normal puberty;

(ii) Supraphysiological doses of testosterone to a female; or

(iii) Supraphysiological doses of estrogen to a male; or

As explained in the bill’s official statement of purpose, the legislation is intended to criminalize treatment for children “struggling with gender dysphoria”:

This legislation would amend the existing state ban on female genital mutilation to also include puberty blockers, cross-sex hormones, and sex reassignment surgeries when administered to children struggling with gender dysphoria. Like FGM, these medical interventions are almost always irreversible; some render the patient sterile, while others unnecessarily mutilate healthy body organs.

H.B. 675 would include an exception for “a person acting in accordance with the good faith medical decision of a parent or guardian of a child born with a medically verifiable genetic disorder of sex development.” The text goes on to offer examples of what would constitute such a condition, listing, “(a) A child with external biological sex characteristics that are ambiguous and irresolvable, such as a child born having XX chromosomes with virilization,  XY chromosomes with undervirilization, or with both ovarian and testicular tissue; or (b) When a physician has otherwise diagnosed a disorder of sexual development in which the physician has determined through genetic testing that the child does not have the normal sex chromosome structure for a male or female.”

The exceptions carved out by the amended law encompass medical treatment for intersex minors and others with chromosomal abnormalities. However, H.B. 675 specifically applies to transgender youth, as it mentions treatment done to conform with a child’s “perception of the child’s sex” as opposed to the child’s “biological sex.”

The bill was introduced by Idaho Republican legislator Bruce Skaug, who testified before the legislative committee saying, “This is not a bill to take away treatment for these children that have gender dysphoria, it’s a bill to get proper treatment and to prevent them from lifelong, permanent decisions that will make them sterile and mutilate their bodies.”

The ACLU of Idaho said in a statement, “Every major medical association — including the American Psychiatric Association, the American Medical Association, and the American Academy of Pediatrics — opposes these bills.” It condemned “blanket bans” like H.B. 675, saying they are not grounded in evidence and can often “disrupt medically necessary care and result in negative health outcomes for youth, including anxiety, depression and suicidality.”

These bills do nothing to invest and protect Idaho youth and families and Idahoans deserve better. Arkansas is the only state who has passed a bill like this, and we immediately had it enjoined in federal court. Last week the Governor of Texas told trans youth that he considered their health care to be a form of child abuse, and a state court has already issued a temporary restraining order to prevent the state from harming the plaintiffs in the suit. Criminalizing health care for transgender adolescents is counter to science, medicine, and ethics and we stand ready to fight any attack on transgender youth and their families.

Strangio urged people to push senators to vote against H.B. 675, saying, “These deadly bills have to be stopped.”

It will pass the House but this can be stopped if we keep mobilizing to push senators to vote no and tell the Governor to veto if need be. These deadly bills have to be stopped. https://t.co/3TgGZb3hXi

Law&Crime reached out to the Idaho legislators who sponsored H.B. 675 for comment but did not immediately receive a response.