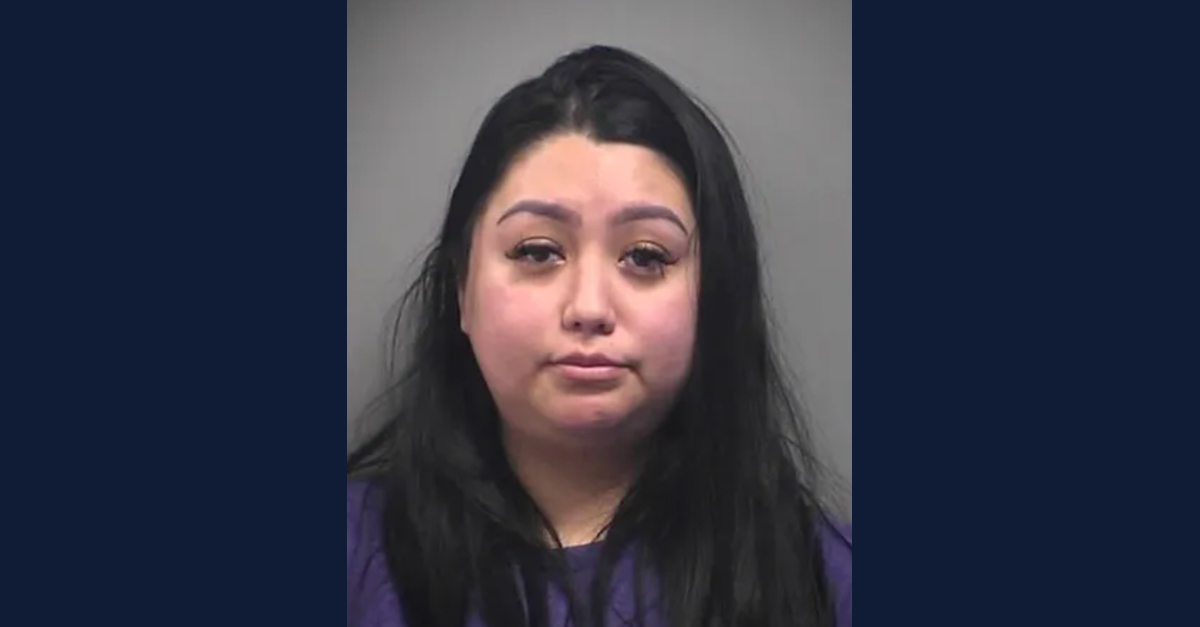 A Las Vegas woman has been charged in connection with the late 2021 death of an elderly aunt she had been paid to care for.

Rosamaria Moreno, 28, stands accused of what Nevada law calls “Open Murder – Victim Is An Older Person” over the death of 79-year-old Maura Nava Flores, who was found dead on the side of the road by a random passerby in North Las Vegas on Dec. 18, 2021.

According to the Nevada Revised Statutes, the sentencing enhancement applies when a murder victim is over the age of 60.

Police say Moreno dumped her aunt on the side of the road near Water Avenue and Stocker Street sometime on the night of Dec. 17, 2021. The elderly victim’s body was found just after midnight.

North Las Vegas Police Department spokesperson Alex Cuevas said responding officers were called to the area and found Flores next to the road, according to the Las Vegas Review-Journal. The victim was pronounced dead at the scene because she “exhibited no signs of life,” and her body was “clean,” lacking any signs of a struggle or injuries, Cuevas added. An autopsy has yet to be concluded but it is believed that hypothermia contributed to her death.

According to a criminal complaint obtained by local CBS affiliate KLAS, the defendant’s motive is believed to be at least somewhat monetary in nature. Authorities say Moreno was upset the state had stopped compensating her for taking care of her aunt. The defendant allegedly made those concerns known to the Silver State’s Aging and Disability Services Division the last day Flores was seen alive, saying she was entitled to be paid for her aunt’s care, room and board.

According to police, the agency said they stopped paying Moreno after their agents were denied entry into her residence during a visit intended to confirm that Flores was being well taken care of.

The defendant allegedly told police during an interview that she didn’t realize her aunt was missing until Dec. 21, 2021–four days after the woman was left on the side of the road. According to the complaint, Moreno didn’t have an excuse for failing to report Flores as missing but went on to say her aunt “sleeps a lot,” had a history of “wandering off,” and suffered from Alzheimer’s, dementia, and schizophrenia.

Police say the defendant continued logging caretaker hours for those additional days, however, even in her aunt’s absence.

Police say they confronted Moreno with video evidence of her vehicle being in the area where her aunt had been dropped off. According to the complaint, the defendant told police Flores wanted to go for a drive and was having incontinence issues. First, Moreno allegedly told police, she drove by the Salvation Army shelter but since it “looked full,” she dropped her aunt off on the side of the road. Moreno was reportedly “adamant” that Flores was alive when she left her there.

According to court records, Moreno was arrested and charged with murder on Feb. 24, 2022. She later posted bail and her next court appearance is currently slated for March 14, 2022.

Law&Crime reached out to the North Las Vegas Justice Court in order to obtain additional information on this story but no response was immediately forthcoming at the time of publication.