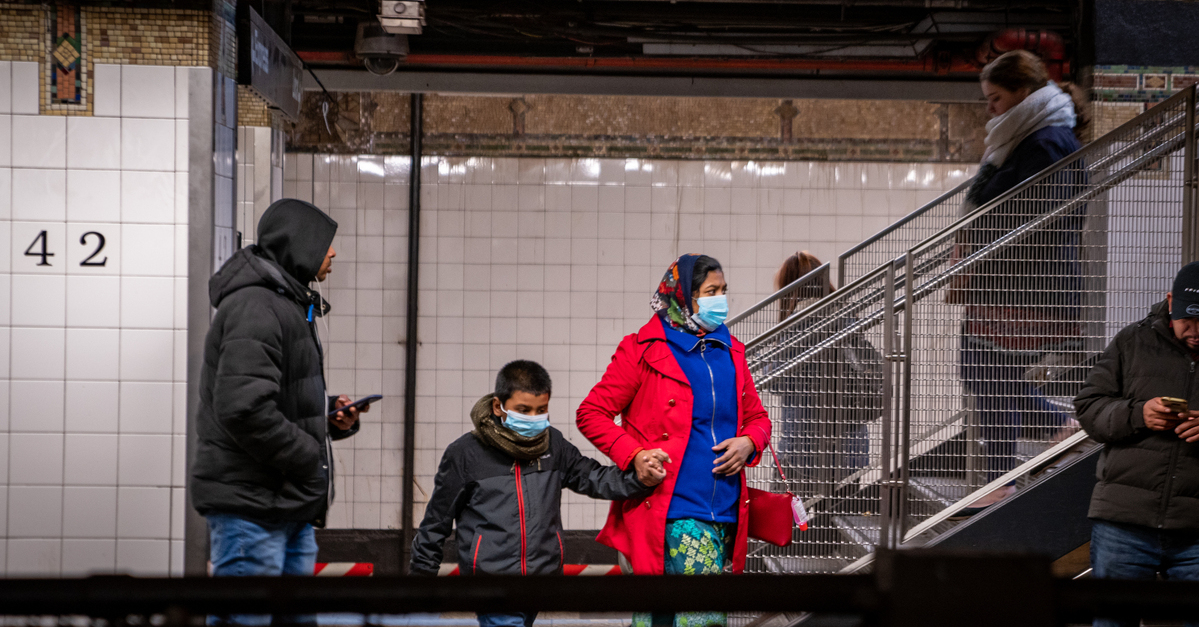 It is not news that the people of the world — its stricken and its doctors — need medical supplies quickly in order to ward off or fight off the Coronavirus (COVID-19) pandemic. “We’re in the process — and, in some cases, have already done it — ordered a large number of respirators, just in case. We hope we don’t need them, but we’ve ordered a large number,” President Donald Trump said while parading a series of CEOs on March 13th to deal with the pandemic.

But what the Trump Administration has also done is to slip COVID-19 into the Federal Register (read it here) as a declared pandemic under the Public Readiness and Emergency Preparedness (PREP) Act of 2005. What that means is that you’re basically screwed if something goes wrong with Coronavirus products, vaccines, and even professional treatments, as the Act provides broad protection for the companies making the products and the people providing the treatments if something does, indeed, go wrong. As some have argued, federal law actually encourages the manufacturers of vaccines or protective equipment to “willfully disregard or consciously avoid problematic risk information.” We will explain why.

In legal terms, there is likely no clear “standard of care” for Coronavirus treatment. Still, even if there was, when it comes to products liability or medical malpractice, patients have limited recourse under federal or state law if something they think will help treat them or keep them safe from the Coronavirus turns out not to work — even if it is made for the Coronavirus response effort and even if it is administered by professionals.

Under the so-called PREP Act, “a covered person shall be immune from suit and liability under Federal and State law with respect to all claims for loss caused by, arising out of, relating to, or resulting from the administration to or the use by an individual of a covered countermeasure,” the law says.

That means it’s very, very hard — maybe close to impossible — to sue for damages if you are harmed.

The law contains a lot of very specific terms of art, so let’s unpack those.

A “covered countermeasure” is defined broadly. It means “a qualified pandemic or epidemic product,” “a drug,” or “biological product … or device … that is authorized for emergency use,” among other things.  Several of those terms are defined elsewhere in federal law; you get the drift.

Who can’t you sue?  That list of protected individuals and entities is also rather broad: “the United States,” “a person or entity that is … a manufacturer … a distributor … a program planner … a qualified person who prescribed, administered, or dispensed such countermeasure[,] or … an official, agent, or employee of a person or entity” involved with the response cannot, under most circumstances, be sued if something goes wrong.

And, to be clear:

The immunity . . . applies to any claim for loss that has a causal relationship with the administration to or use by an individual of a covered countermeasure, including a causal relationship with the design, development, clinical testing or investigation, manufacture, labeling, distribution, formulation, packaging, marketing, promotion, sale, purchase, donation, dispensing, prescribing, administration, licensing, or use of such countermeasure.

The Supreme Court gave this law a cursory glance in Bruesewitz v. Wyeth, Inc., 562 U.S. 223 (2011) (Sotomayor, J., dissenting). There, Justice Sonia Sotomayor noted that the PREP Act provides more protection for makers, manufacturers, and providers from liability than the federal Vaccine Act, which does allow some compensation for people injured by certain vaccines. (In Bruesewitz, the Supreme Court ruled 6-2 that the parents of a child allegedly injured by a vaccine — which was eventually yanked from the market — could not sue in state court due to the federal Vaccine Act providing an exclusive remedy for any harm suffered. The Vaccine Act set up the National Vaccine Injury Compensation Program, or NVICP.)

At lest one law review agreed: the PREP Act “goes considerably further than the Vaccine Act to create an exclusive limited administrative remedy. The PREP Act disallows those injured to apply to the NVICP; they must apply to an administrative program that HHS administers itself.”

Thus, there is some remedy: the so-called “Countermeasures Injury Compensation Program (CICP).” Through that program, you can hire a lawyer to fight your claim, but unlike the NVICP, you’re on your own to pay her. There are “no hearings or appeals from the CICP decisions,” and there are “no published records of CICP’s compensation decisions, so it is impossible to analyze them,” the law review notes. “CICP’s website lists medical expenses, lost employment income, and survivor death benefits as possible compensation, but it is unclear whether or to what extent CICP has paid them, as there are no published decisions.”

To perhaps no one’s surprise, “The PREP Act’s constitutionality is questionable, raising issues of preemption, judicial review, and due process …  some have suggested that the PREP Act incentivizes manufacturers of emergency medical products to willfully disregard or consciously avoid problematic risk information,” the law review argues. Why? Because the Act provides liability if a manufacturer “knowingly” screws something up: it’s called “willful misconduct” under the law. If the manufacterer doesn’t know it is doing something wrong, it can’t be held liable, the Act says.

The Trump Administration added the Coronavirus to the purview of the PREP Act’s protections on March 17, 2020.  While proponents of the hotly-contested law argued that the law was needed to ensure the speedy delivery of products and treatments, its detractors were many. And, guess what? Under the Act, the Administration’s decision to add the Coronavirus to the Act’s protections is untouchable by any court.