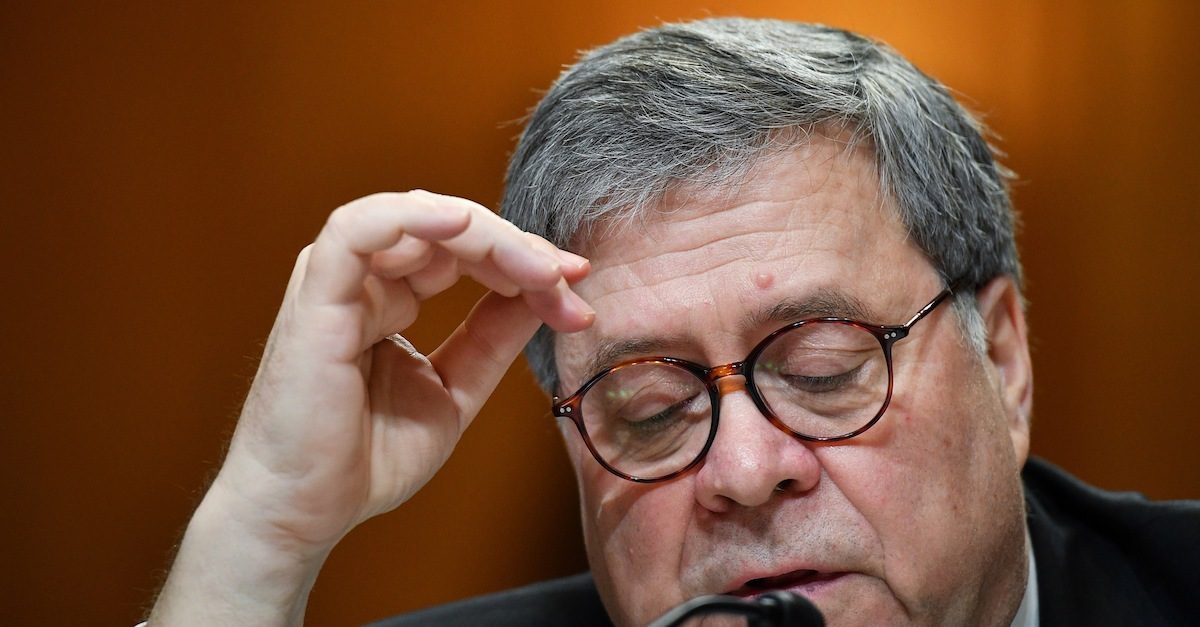 Ordered off the docket by a federal judge, Attorney General Bill Barr’s Department of Justice entered a last-ditch effort on Wednesday to keep acting as outgoing President Donald Trump’s personal attorney in famed columnist E. Jean Carroll’s lawsuit, which accuses the president of having defamed her when denying that he raped her.

The agency filed the parting gift to the lame duck in a one-paragraph notice filed on Thanksgiving eve.

U.S. District Judge Lewis Kaplan refused to endorse the Justice Department’s notion that Trump had been acting in accordance with his solemn duties as president when he sputtered “She’s not my type” in response to Carroll’s allegations that he raped her in the dressing room of the department store Bergdorf Goodman in the 1990s.

“As explained above, the undisputed facts demonstrate that President Trump was not acting in furtherance of any duties owed to any arguable employer when he made the statements at issue,” Kaplan wrote in a ruling issued days before Election Day. “His comments concerned an alleged sexual assault that took place several decades before he took office, and the allegations have no relationship to the official business of the United States. To conclude otherwise would require the Court to adopt a view that virtually everything the president does is within the public interest by virtue of his office. The government has provided no support for that theory, and the Court rejects it as too expansive.”

“There is not a single person in the United States — not the president and not anyone else — whose job description includes slandering women they sexually assaulted,” attorney Roberta Kaplan wrote in her legal brief. “That should not be a controversial proposition. Remarkably, however, the Justice Department seeks to prove it wrong.”

The bid for a taxpayer-funded defense of rape and defamation allegations against the outgoing commander-in-chief was signed by five men: attorney Stephen Terrell on the signature line and Jeffery Bossett-Clark, Douglas Smith, William Lane III, and James Touhey, Jr. above him. No women signed the document.

“From the very start of this case, Donald Trump’s number one goal has been to avoid discovery and cause delay,” her lawyer Kaplan wrote in an email. “It remains to be seen whether the new Attorney General will agree that Trump was acting within the scope of his employment as President when he defamed our client. In any event, we are confident that the Second Circuit will affirm the District Court’s comprehensive and well-reasoned opinion.”

Trump’s personal attorney Marc Kasowitz, who represented the president during Special Counsel Robert Mueller’s investigation, was compelled back to the case by the judge, and he filed a notice of interlocutory appeal later in the day.

Read the notice of appeal below: