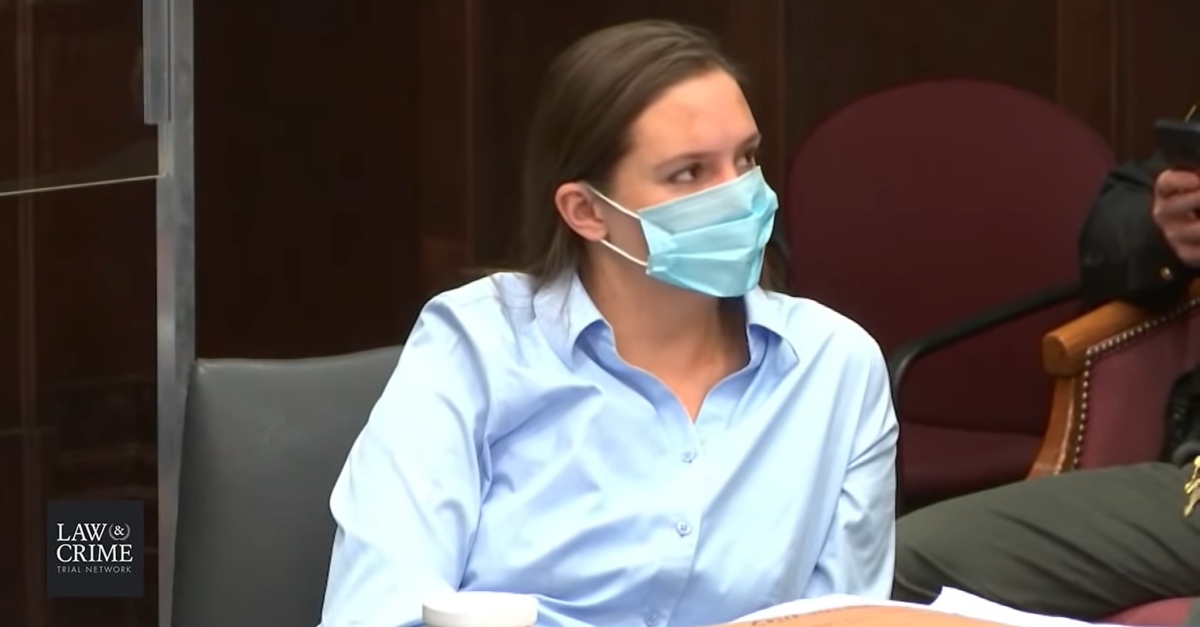 Ohio woman Erica Stefanko, 37, has been convicted in the 2012 murder of Ashley Nicole Biggs, 25. Prosecutors said she called in an order to Domino’s, thereby luring the victim—an Army vet and pizza delivery driver—to a closed business where Chad Cobb personally committed the attack.

#StefankoTrial – Erica Stefanko is escorted out of the courtroom. Sentencing is Jan. 11. She faces Life in prison. #AshleyBiggs @LawCrimeNetwork pic.twitter.com/Q0yWqPyXf7

This case is a tangled web. Biggs and Cobb had a daughter together. They split. Cobb wound up with Stefanko, but he had a custody dispute with the victim. This custody dispute is the alleged motive behind the murder.

#StefankoTrial – Def. opening: Summer of 2012 things are not going well for Chad Cobb involving the custody dispute with the victim so he develops a plan to make sure he gets custody. A woman makes a call to a pizza shop for a delivery. Biggs was delivering pizza at that time. pic.twitter.com/PjQHZZXlFP

Cobb already confessed to the slaying years ago. He dodged the death penalty by pleading guilty to charges including aggravated murder. This self-professed killer had no deal to testify against anyone, nor did he implicate Stefanko back then. What changed? For starters, Erica Stefanko ended up marrying Cobb’s friend.

#StefankoTrial – Mike Stefanko is the defendant’s husband. He was life-long friends with Chad Cobb. @LawCrimeNetwork pic.twitter.com/QJZHpuwovf

#StefankoTrial – In the secret phone recording that Cindee Cobb recorded with Erica Stefanko, Stefanko says about the bogus pizza delivery call, she “carried out her part…..it’s not like he (Chad)…had a gun to my head but he said this is your part and that’s what I did”. pic.twitter.com/7Ee73PTHqq

According to authorities, she helped Cobb plan the murder, drove him to the crime scene, and worked with him to hide the evidence.

The daughter of Cobb and Biggs—identified in court as “G.C.,” because she is a juvenile—also testified about events that happened when she was seven. Like her father, she claimed to hear Stefanko make the pizza delivery call, but details of their stories contradicted each other.

#StefankoTrial – This testimony is in direct conflict with Chad Cobb’s testimony where he said he heard Erica make the pizza call, he was also wrong about what type of pizza was ordered. So what is the truth? “GC was only 7 yrs old at the time. @LawCrimeNetwork https://t.co/xpoCq2Enyi

The defense worked on undermining Cobb’s credibility as a witness, asserting that he only testified against his ex-wife out of revenge after she left him for his friend. Erica Stefanko is not a killer, they said. Instead, they maintain she’s a “scapegoat” in Cobb’s attempt to get out prison. They also said that a Domino’s manager who worked with Biggs simply described the fateful caller only as a woman.

Perhaps no one wanted the defendant to take the stand more than Stefanko did. She was initially expected to testify on Friday, but eventually walked back the decision after a somewhat lengthy discussion with her attorney while court was in recess.