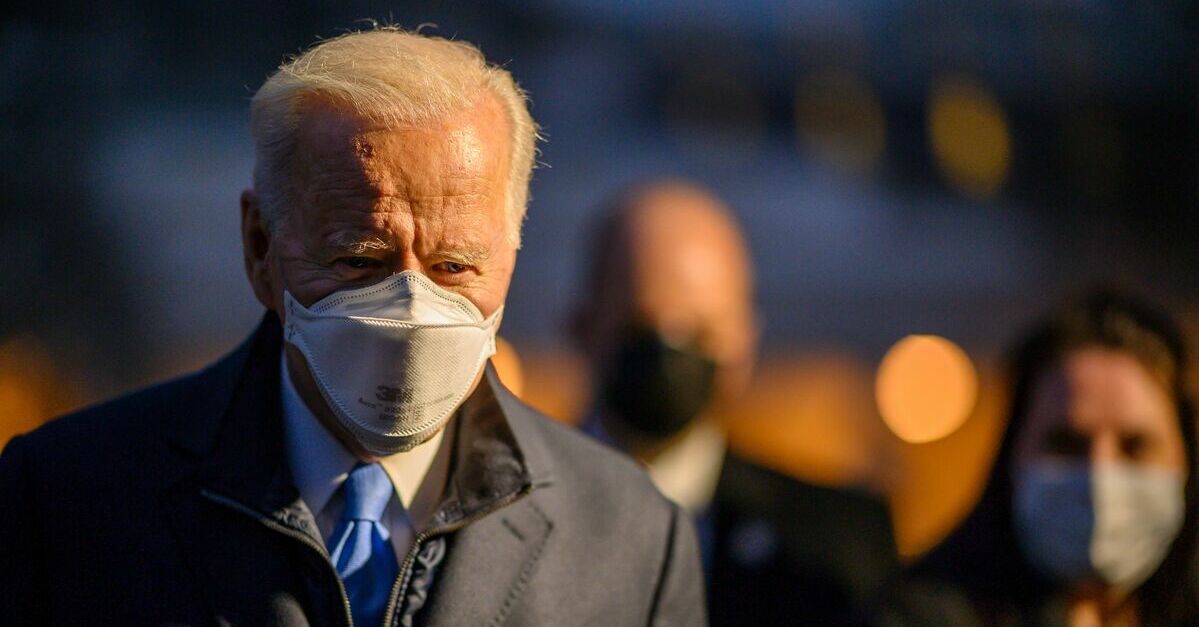 President Joe Biden on Wednesday announced his intent to nominate a seventh slate of jurists to sit for life on the federal bench, selecting eight candidates who advance the administration’s goal of promoting both diversity of legal experience and immutable characteristics.

A White House press release praised the new nominees as “extraordinarily qualified [and] experienced” and explicitly cited the 44th president’s “promise to ensure that the nation’s courts reflect the diversity that is one of our greatest assets as a country — both in terms of personal and professional backgrounds.”

At the top of the list are three would-be federal appellate court judges–all of whom are nominated for the U.S. Court of Appeals for the Ninth Circuit, one of the more left-leaning courts in the country.

Judge Lucy H. Koh currently sits on the U.S. District Court for the Northern District of California, a position she has held since she was confirmed unanimously by the U.S. Senate in June 2010. Barack Obama nominated Koh again, this time for a promotion, in February 2016 after an older judge took senior status on the Ninth Circuit. But the full Senate never voted on her confirmation and her nomination expired, leaving Donald Trump to appoint and fill the empty seat.

Koh began her career in the federal government, originally working as a Women’s Law and Public Policy Fellow for the U.S. Senate Judiciary Committee from 1993 to 1994. After that she bounced around Washington, D.C. in various jobs before working as an Assistant U.S. Attorney in the Central District of California from 1997 to 2000. She worked for elite law firms from 2000 to 2008 before finally making her way to the Golden State judiciary as a a California Superior Court Judge for Santa Clara County from 2008 to 2010.

Justice Gabriel P. Sanchez currently sits on the California First District Court of Appeal, Division One, a spot he’s held since 2018. The jurist has acute familiarity with the Ninth Circuit, having previously clerked there for one year immediately out of law school.

Before that, Sanchez was an apparatchik for then-governor Jerry Brown, where he worked as a legal affairs secretary from 2012 to 2018. That stint in state service came after half a decade working for an elite law firm known for its selectiveness with regard to its clientele. At the same time, however, Sanchez had what the White House describes as “an active pro bono practice [during which he] received the ACLU of Southern California’s Social Justice Award in 2010 for his efforts to enforce and improve heat illness safety protections for farm workers.”

Judge Holly A. Thomas currently serves as a judge in the Family Law Division of the Los Angeles County Superior Court and rounds out Biden’s latest crop of appellate nominees. She’s held her current position since 2018 and before that had a long career as a litigator focused on social justice–both in and out of government. Thomas also previously clerked for the Ninth Circuit right after finishing law school.

From 2005 to 2010, she worked as an assistant counsel at the NAACP Legal Defense and Educational Fund, where she was awarded a public interest law fellowship her first year there. After that, she spent five years with the U.S. Department of Justice’s Civil Rights Division. During her tenure as an appellate litigator, she represented clients on dozens of cases before five different circuit courts–including the Ninth Circuit–and the U.S. Supreme Court.

Judge Maame Ewusi-Mensah Frimpong also currently sits on the Los Angeles County Superior Court–a spot she has held since 2016. Prior to that, for one year, she worked atop a federal foreign aid agency independent of the U.S. Department of State. Previously, for the better part of a decade, Frimpong worked out of various offices for the DOJ, including stints directly under the attorney general. She also clerked for the Ninth Circuit fresh out of law school and then leveraged those connections into a job with an elite law firm, where she worked for five years before returning back to the government.

Frimpong has been nominated to sit on the U.S. District Court for the Central District of California.

Judge Katherine Marie Menendez currently works as a U.S. magistrate judge for the District of Minnesota where she’s been since 2016. Magistrate judges are effectively limited versions of district judges, who are appointed by district judges. Before that, she spent nearly 20 years working as a federal public defender in the same jurisdiction. Right after law school, Menendez clerked on the Fourth Circuit for Judge Samuel Ervin, III, a Jimmy Carter appointee.

Menendez has been nominated to sit on the U.S. District Court for the District of Minnesota.

Judge Jennifer L. Thurston is also currently a U.S. magistrate judge. She has worked in that position since 2009, recently becoming chief magistrate judge for the Eastern District of California in October of last year. From 1997 to 2009, she worked for Kern County, where the oft-sung City of Bakersfield is located, as deputy county counsel for the Office of County Counsel, an agency which offers legal services to the county, its officers, employees, boards, commissions and so on.

Thurston has been nominated to sit on the U.S. District Court for the Eastern District of California.

David Herrera Urias is the only non-judge nominated by the White House in the current slate. Since 2008, he has worked for a law firm in Albuquerque, N.M. that famously represented former Guantánamo Bay detainee Mohamedou Ould Salahi. “The Mauritian,” as Salahi became known in a dramatization of his memoirs, chronicled his torture during the George W. Bush administration and continuing imprisonment under Obama, whose Pentagon eventually released him after 14 years in 2016. Before that, Urias worked as a staff attorney for the Mexican-American Legal Defense and Education Fund in San Antonio, Texas from 2004 to 2008. He also spent a couple years at an elite law firm in New York City’s Financial District.

Urias has been nominated to sit on the U.S. District Court for the District of New Mexico.

Judge Hernán D. Vera is the final name on the list and the third present-day member of the Los Angeles County Superior Court, where he’s been since 2020. Before that, Vera spent five years at an ultra-elite law firm focused on white collar clients. From 2002 to 2014, on the other hand, Vera worked for Public Counsel, the largest pro bono public interest law firm in the country. Immediately out of law school, Vera worked for a different elite law firm. Then he clerked for a judge on the Central District of California for a year before also working as a staff attorney for MALDEF for a year–returning to the multinational law firm that was his first home for five years.

Vera has been nominated to sit on the U.S. District Court for the Central District of California.

Alliance for Justice, a center-left legal advocacy organization, praised Biden’s latest picks as “eminently qualified” and hewed closely to the White House’s own script about promoting demographic and professional diversity on the bench.

“The White House’s latest nominees are simply outstanding,” Alliance for Justice President Rakim Brooks said in a statement. “They are professionally diverse, they come from a diverse array of backgrounds, and their clients and the litigants that have appeared before them represent the full range of American identities and experiences. This is exactly the kind of slate AFJ advocated for at the beginning of this presidential administration, and these are exactly the kind of candidates that we hope to see President Biden continue to appoint to the federal bench across our country. Our justice system is well served to have judges who have served as public defenders and civil rights litigators. We applaud the senators who recommended these diverse and unquestionably qualified nominees, and we urge the Senate to confirm them as soon as possible.”

Biden is nominating judges at a fairly furious clip—at least, by most historical standards: As of Wednesday, he’s nominated 43 federal judges. At a similar point in his presidency, then-president Trump had nominated 45 federal judges to the bench, including Justice Neil Gorsuch. Biden, however, is having his judges approved much quicker than any president since Richard Nixon.