Man Charged with Murdering Young Florida Mom Had ‘Intimate Relationship’ with the Victim While Dating Her Mother: Police 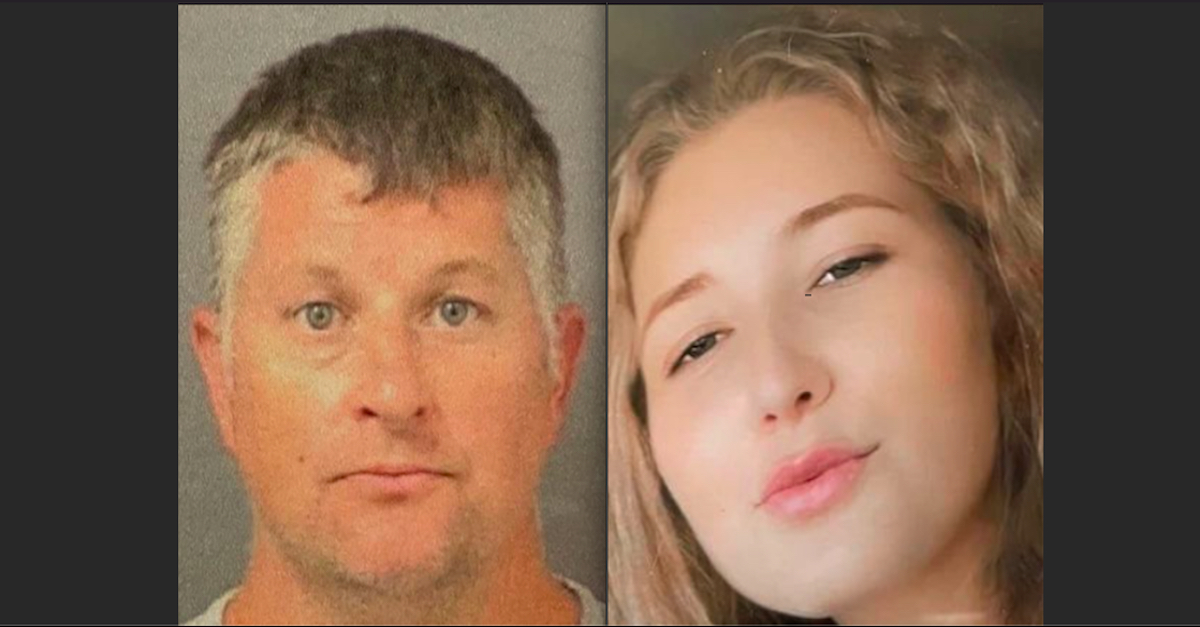 The man charged with murdering a 23-year-old Florida mom allegedly told police that prior to her death he had been in an ongoing “intimate relationship” with the victim—who was also the daughter of the suspect’s girlfriend.

The Martin County Sheriff’s Office on Monday announced that the body of Perrin Damron was been found in the Okeechobee Waterway canal and that 45-year-old Eric William Westergard was charged with first-degree murder. Sheriff William Snyder had described Westergard as a friend of the victim’s family. But in a newly released police affidavit, investigators say that Westergard was actually the boyfriend of Damron’s mother, Tammie Damron, and that he and Perrin had been having an affair for several weeks prior to her death.

According to a Sept. 6 affidavit, detectives attempted to contact Westergard at his home on Sept. 5 for an interview and arrived at his residence just as he was pulling his SUV out of the driveway. The detectives said they followed Westergard, who stopped to purchase a gallon of water before parking the vehicle “along a waterway” in a “heavily wooded area” of Jupiter, Florida. Westergard allegedly got out of the driver’s seat and cleaned the rear cargo hold of the SUV using paper towels. When he returned to the driver’s seat, the deputies made contact with Westergard where they allegedly observed incriminating behavior and evidence.

“[I]n plain view, in the trunk/cargo area: a plastic ‘Publix’ style bag containing numerous white in color paper towels and baby wipes. All the wipes were covered in a dark red substance, consistent with the color of-blood. A large roll of paper towels and an open package of baby wipes were located in the immediate vicinity of the plastic ‘Publix’ style bag,” the affidavit states. “The cargo area floor mat was disturbed, partially pulled up, out of place, in the far front right corner. There were numerous dark red stains on the floor mat, consistent with the color of blood. In the front passenger seat, in plain view, was a nondescript unlabeled spray bottle containing a yellow in color liquid substance.”

Per the affidavit, which was submitted by Det. Stephen K. Ultsh of the PBSO, Westergard then appeared to fall ill, “repeatedly dropping to his knees” and lurching over “as if he was going to throw up.” Detectives with PBSO then arrived and Westergard allegedly said he would provide a voluntary statement regarding Damron’s disappearance.

Westergard allegedly told investigators that he and Damron had taken his car to his home on Friday evening where they smoked marijuana until approximately 11:30 p.m. before Westergard said he and Damron drove back to her place. He allegedly said he stayed and smoked more marijuana until approximately 1:30 a.m., then left and was unaware Perrin was missing until the following evening, when Tammie Damron called him. Detectives said the suspect refused to answer questions about what appeared to be blood in his car other than to say he “had an incident.”

Investigators then executed a search warrant on Westergard’s home where they allegedly found a “blood-like substance” in a “dump trailer” on the property. Westergard then “broke down” and “became emotional” before agreeing to waive his right to an attorney, per the affidavit.

Westergard then allegedly admitted he and Perrin Damron had been “in an intimate relationship for several weeks” and that he had sex with her at her apartment just after midnight on Saturday morning. He allegedly claimed the two spent the day at his home on Saturday and were skinny dipping in his pool that evening when Damron “fell and cut her head on a hand truck.”

“Westergard said he went to get paper towels and a blanket. Returning to Damron she was unconscious and gurgling. Damron stopped gurgling and Westergard stayed there for 10 minutes or so,” the affidavit says. “Then he grabbed two, 65 gallon bags, tape, and rope, and a cinderblock. Damron was transported in the rear compartment of his Equinox to the Beeline and Kanner Highway. Westergard then tossed Damron over the bridge into the water. He returned home and attempted to clean the scene.”

Palm Beach County investigators said, however, that Damron’s injuries “did not appear to be consistent with the mechanism of injury as described in [Westergard’s] statement.” They also noted that Westergard made no attempt to get medical attention despite having a cell phone on him.

Westergard was arrested shortly after Damron’s body was pulled from the water. Authorities said the suspect wrapped the victim’s body in trash bags and attempted to weigh her corpse down with a cinderblock. Westergard is currently being held without bail.