W. Va. Mayor Faces Felony and Misdemeanor Charges After He and Accomplice Allegedly Stole Weapons from a Home Where a Bed Was Found Soaked in Urine 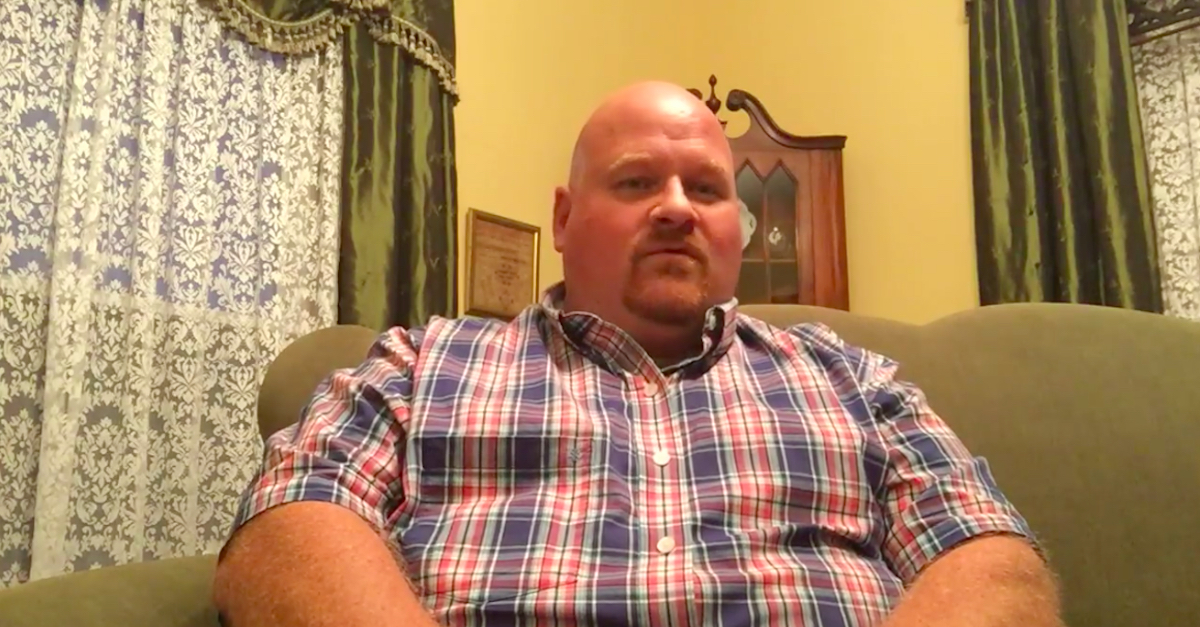 A West Virginia mayor was arrested and faces felony and misdemeanor charges. Police say he and another man who were drinking went into a home without permission and took weapons from the residence—all while the two men were allegedly accompanied by a minor.

According to a report from local CBS/FOX-affiliated news station WVNS-TV, Travis Copenhaver, the mayor of Alderson, West Virginia, was taken into custody on Sept. 3, along with another man, Lloyd “Billy” Lightner, in relation to an incident that took place in June 2021.

Copenhaver is facing at least one felony charge of burglary, as well as charges of assault, child neglect, and conspiracy. Under state law, the assault charge is a misdemeanor. It is not clear whether the counts of conspiracy and child neglect were charged as misdemeanors or felonies.

Court documents obtained by WVNS allege that Copenhaver and Lightner approached a woman who was in her car after she stopped at a residence in Alderson. The two men allegedly opened her car door and “touch[ed] her,” according to the report on the criminal complaint. Another man who then arrived at the property and attempted to intervene told officers with the West Virginia State Police that Lightner “approached him” and began cursing in his face. The man, whose name was not revealed in the report, said that he advised Copenhaver and Lightner that they were trespassing on private property.

The unidentified man claimed that Copenhaver approached him next, making him feel “uncomfortable” and forcing him to step backwards. Following the alleged confrontation, the man said he called 911 to seek police assistance.

The report states that Copenhaver and Lightner then allegedly went into the residence located on the property where the two allegedly “went through the personal items of the people living there.”

“A rifle and compound bow were said to be taken from the home but have since been returned,” WVNS reported.

In addition to allegedly entering the home without permission and taking the weapons, the complaint claims that the two men were drinking and that “someone” relieved themselves on a bed.

“The criminal complaint further stated that a bed in the home was moved from the wall and someone had urinated in the bed,” the report states. An unidentified minor was also with the suspects at the time of the alleged burglary.

WVNS reported that both men have already been arraigned and future court proceedings have been scheduled in the case.

This is not the first time Mayor Copenhaver and Lightner have found themselves in legal jeopardy. In 2018, they were indicted by a grand jury in Summers County — along with Tim Smith and Shannon Earhart — on misdemeanor charges of giving false information to police, conspiracy, and obstructing an officer in connection with a shooting that took place at a home in October 2017. Two people were injured and Mac Brackenrich, an off-duty Alderson Police officer, was paralyzed in the shooting, initially leading to attempted murder charges against then-66-year-old homeowner Frederick Dean Tolliver, a military veteran. But a grand jury ultimately declined to indict Tolliver. A West Virginia resident with the same name died in Nov. 2020 at the age of 69.

It is not clear how the case against the four was resolved, but they did plead not guilty.

The West Virginia State Police and Mayor Copenhaver did not immediately respond to emails from Law&Crime requesting additional information concerning the incident.

According to a report from NBC-affiliated news station WOAY-TV, Copenhaver won re-election as Alderson Mayor in 2019 when he defeated Roger Bennett 169 to 88. He retained the position again in June 2021 when he ran unopposed.